it is so good to see you

Not much to say tonight. Instead, a few images as I start sorting screencaps…

Actually, first, a bit of an addendum to my discussion of Time Freak two entries ago: 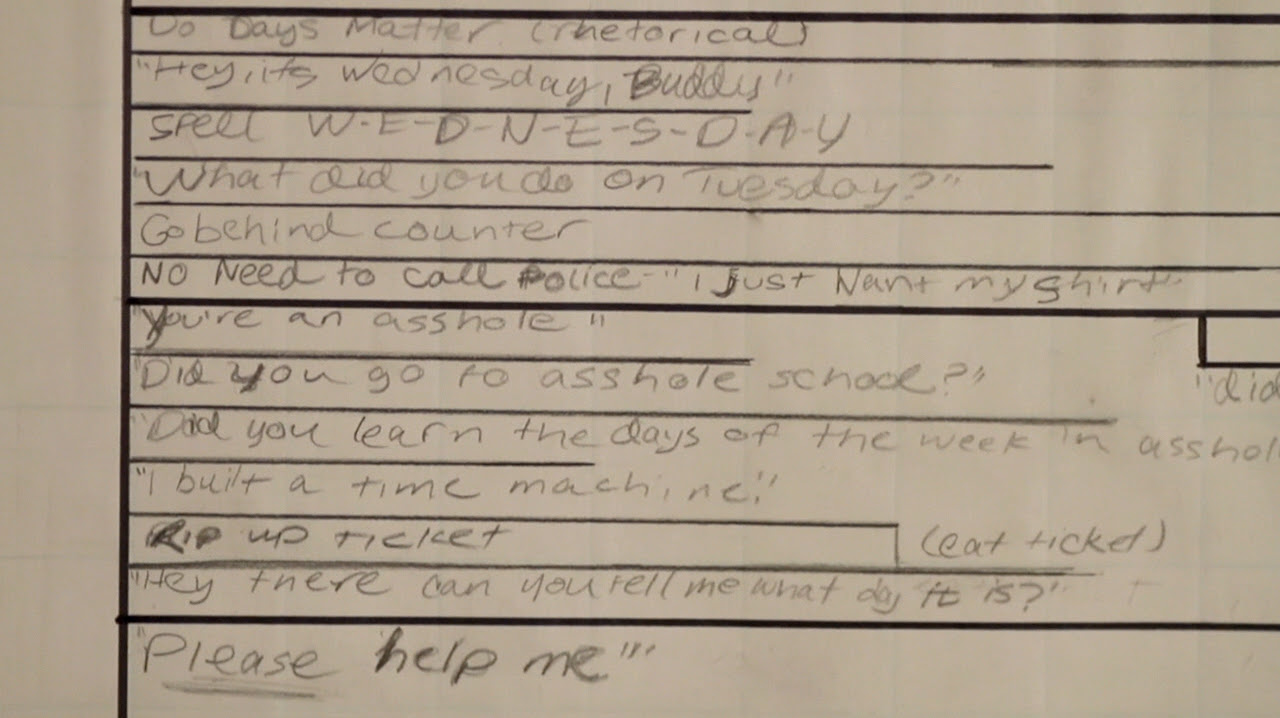 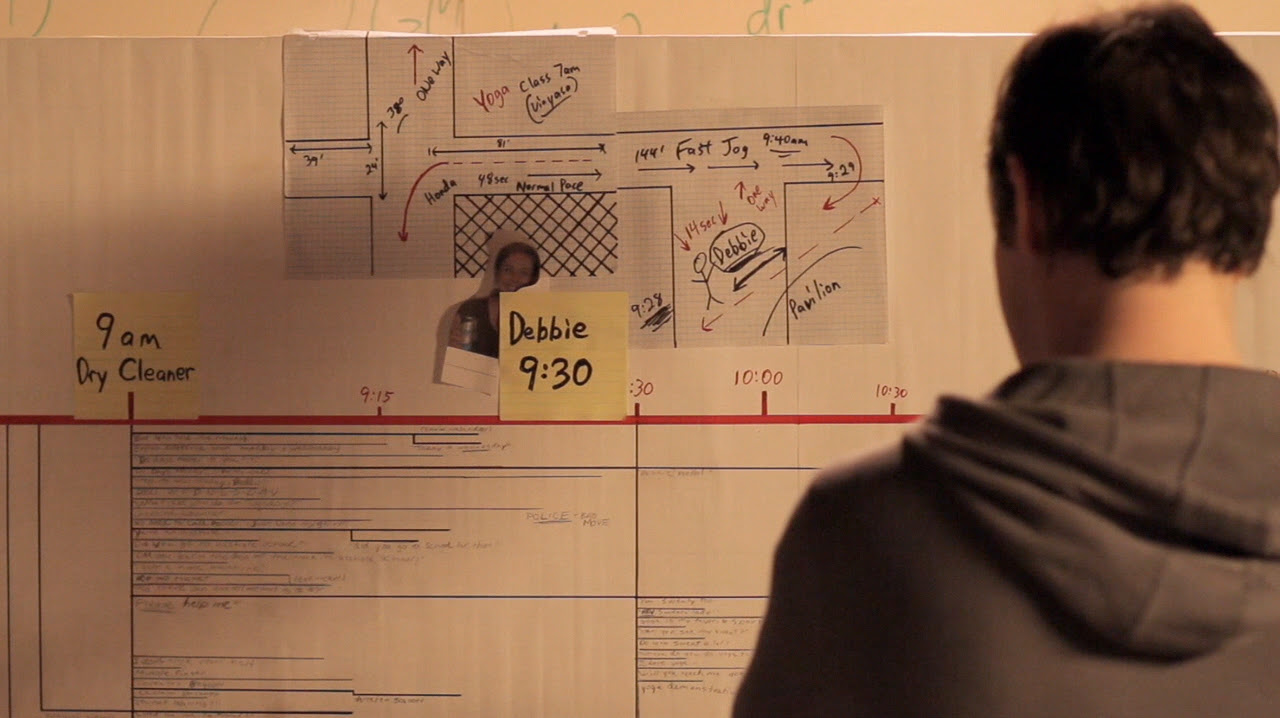 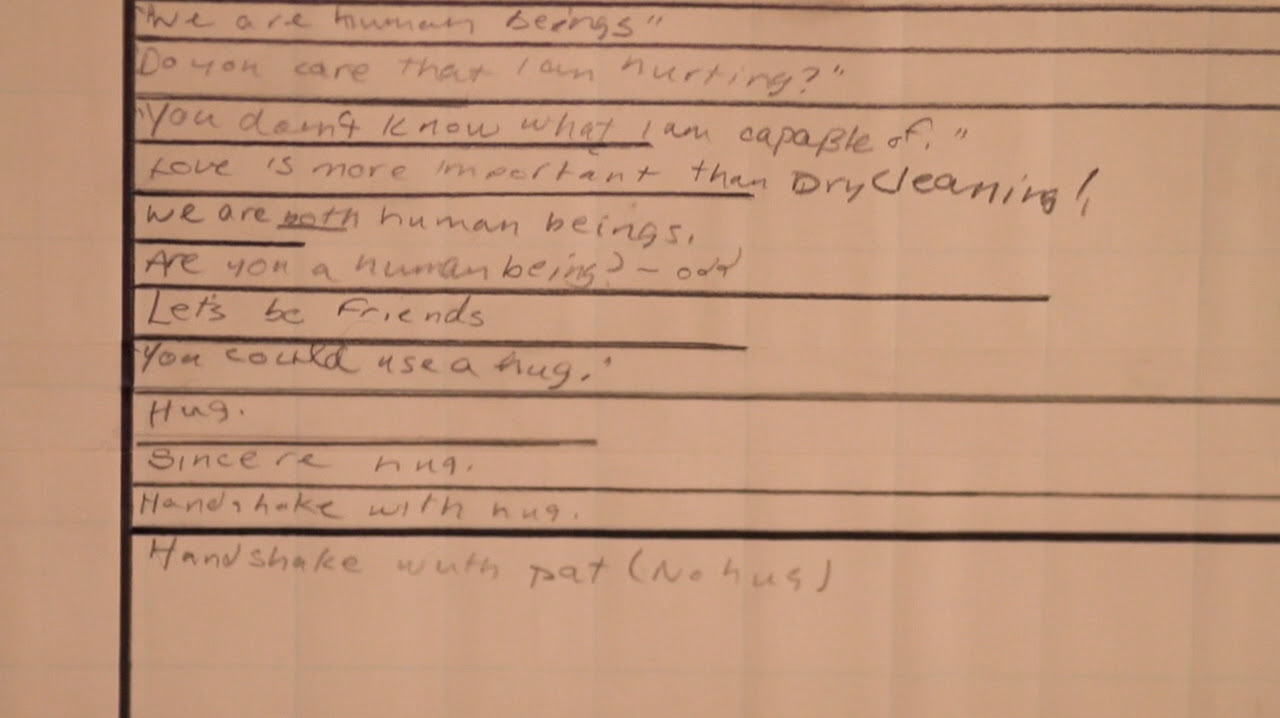 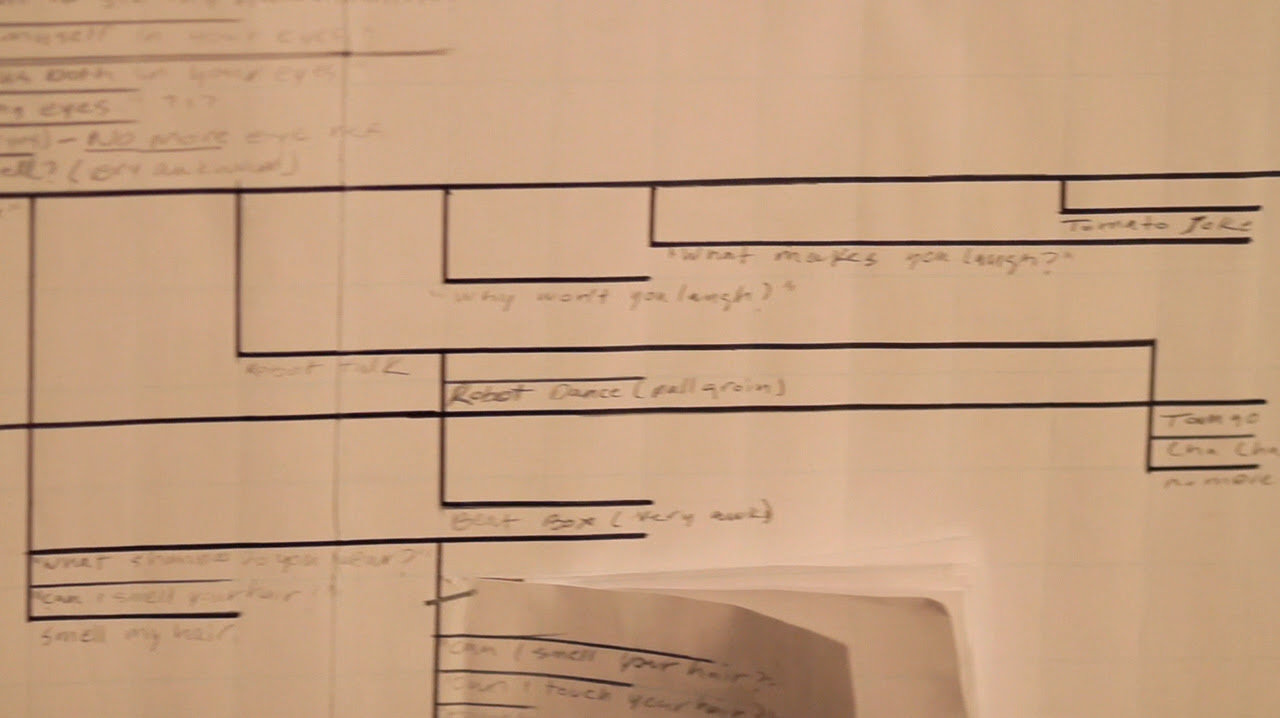 Think back on my discussion of another short film, Tango and the complexity in planning that out. And, relate that to Phil’s final day in the time loop… Here’s what I listed for that day before: