how she interacts with other marine life

Freddie (John Candy) is a pervert, even as a child. Allen (Tom Hanks) is more of a romantic, even as a child. As a kid, Freddie drops change on the floor to look up ladies' skirts. Allen jumps off a ferry to swim, briefly, with a mermaid girl. As adults, Allen runs Bauer Produce, Freddie... Well, Freddie is proud to have gotten a letter in Penthouse magazine. Broad strokes quickly painted, and we know these characters pretty well inside the first ten minutes of Splash.

If you're unfamiliar, think The Shape of Water with the genders swapped, a less dangerous (and less stereotypical) antagonist, and... Dare I say it? More believable romance. Don't get me wrong; I liked The Shape of Water a lot. I had a problem with one particular aspect of its conclusion, but I didn't mind how it seemed to spend more time on heist details than fleshing out its central romance.

Guillermo Del Toro's film has a couple clear advantages over Ron Howard's film. The obvious one is the production design. The other is the implicit links to larger, serious themes that don't exist in Splash. Different versions of the other. Homosexual Giles (Richard Jenkins), African-American Zelda (Octavia Spencer), mute Elisa (Sally Hawkins). Even--SPOILERS--Hoffstetler (Michael Stuhlberg) is played as a sympathetic foreigner a bit, though he is a Russian spy. The film deals in a love is love mentality that humanizes most of its characters quite readily.

Splash, on the other hand, is simpler. (Though, in passing, Allen does suggest that he wouldn't care if Madison were once a man.) It is still a fairy tale romance, but played as comedy. Allen runs a successful business and, while he has just been dumped by a girlfriend (who we don't even see) he seems to have a pretty good life. Unlike Elisa, cleaning up government labs and interacting with little more than the characters I've already mentioned.

And then I sit here just watching the film and reading trivia about it on IMDb (and ignoring several reviews of The Shape of Water I had bookmarked, that all compared it to this film at least in passing). Some trivia bits on IMDb seem weirdly broad, lists of who was offered or auditioned for parts with no reference to a source for the information--stuff like that. If those are all right, there are interesting connections between my last few movies in this childhood deconstruction, though. John Travolta, who starred in two (Staying Alive, Two of a Kind) of my last five films, was purportedly up for the lead in both Footloose and Splash. Additionally, purportedly, Ron Howard turned down directing Mr. Mom (which was eight films ago) and Footloose to direct Splash. Michael Keaton (who was in Mr. Mom, Chevy Chase (who was just in Vacation), and Dudley Moore (who was in Arthur), and Bill Murray all turned down the role of Allen.

Both films rush things. But, then again, this is Hollywood. Fall in love inside a week, and be willing to risk life and limb and employment for it? Totally realistic. 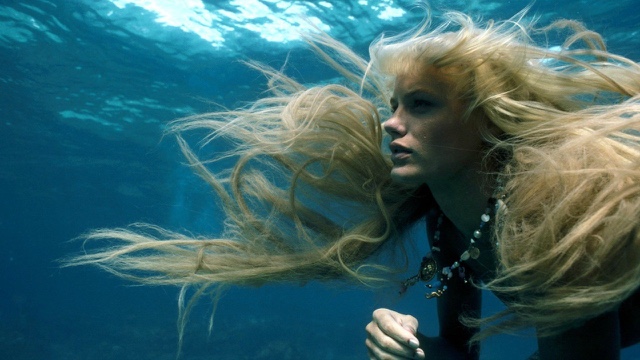