there's something due any day

Thirty-seven minutes in, dancers dancer, and the screen goes blurry but for two spots of clarity--Maria on the left, Tony on the right. The rest of the dance ceases to matter (and is quickly reduced to just three other couples) as Maria and Tony dance for the first time.

And, as the dancing ceases (for them) there's this line: "I knew something never before was going to happen, had to happen, but this is so much more."

The something is clear--like Romeo and Juliet before them, Tony and Maria have fallen in love. Love at first sight. A trope of fiction, entirely necessary for a musical because we don't really have time to deal with anything more realistic.

Not that musicals aren't realistic. Aside from the obvious break with, you know, normal human interaction, musicals tend to be quite grounded, more melodrama than drama.

"You're the only thing I'll see forever," Maria sings, and a somewhat cheesy thought occurs to me to counter my usual cynicism. Sure, love at first sight is an invention for stories, but I know from experience that those moments where the rest of the world goes blurry are real. It's been a long while, but...

Anyway, the thought--and I imagine Mark's line from Rent following this ("That's poetic. That's pathetic.")--instead of love at first sight the opposite: first sight at love. It's trite in sound, but the point is that, yeah, you don't fall in love upon seeing someone. But, maybe you don't really see someone until you fall in love.

(I remember back to a girl I'd see in school regularly--I want to name names but I don't know who might read this--but it was only on one particular day that I really saw her, noticed her, who she was, what she was, what made her tick, what made her interesting, her wit, her intelligence, her interest in the world. She was always pretty, but in that moment she was beautiful. There was no love at first sight, but there was some... new sight, and an impulse toward love even if love wasn't in the cards.)

...if you even fall in love. I don't necessarily want to debate the existence or not of love because in the world of musicals, love is entirely real, and that's what matters. The love we see here, though--it's so quick, to impulsive. There's a reason Juliet is only 13 and Romeo (presumably) not much older. Teenagers are impulsive. It's hard to gauge how old Tony and Maria are supposed to be, but cinematically, dramatically, they might as well be teenagers. (That is why their parents are only talked about; it makes them less adult at the same time that it sets them free.) 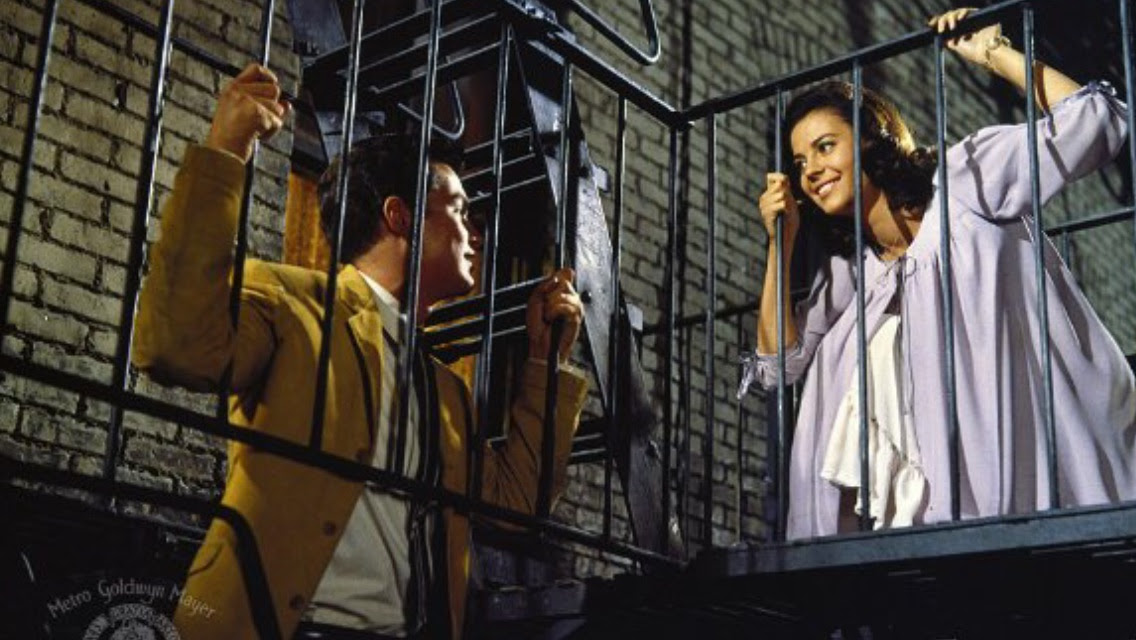 That's arguably the only time that love at first sight is possible. Or, in a musical.

(Too bad we can't all live inside a musical. Or at least a movie. Backtrack to last year and Groundhog Day and I've got to say that same thing applies to Phil Connors. Sure, the film lets us know that he noticed Rita that first day in the studio in Pittsburgh. But, I'm not sure we can really believe him when he says, "The first time I saw you, something happened." But, the only reason we cannot quite believe him, as sweet a sentiment as it is, is because we assume he means that moment in the studio. It's been over an hour since that moment for us, and who knows how many days or months or years it has been for him? He might not even remember that moment in the studio. Not really. But, if you look at it my way, then there's no way he isn't telling the truth. The first time he saw her, something did happen. How could it not?)

In a musical, anything is possible. And, I say that after saying above that musicals are grounded. A handful of characters (and a bunch of background extras when they can be afforded) just living their lives. Maybe they've got a territorial dispute going on, but they're still just young men (and women) trying to go about their lives.

It's a nice place, even when the end is sad like it is here.