why do you do this?

When I was looking up information on the USC Shoah Foundation yesterday, I happened upon an interview with Steven Spielberg from USA Today with a (mis?)quotation as its title--

Maybe he said that to the interviewer, but the only line I can find in the actual text of the interview that is similar to that is this (with a little context):

When young people come up to me and instead of saying they liked my last movie, they say, "My grandparents gave testimony [to the foundation] in 1995." Hearing that make me feel I was put on this earth to make a difference, not just in the lives of movies audiences. The testimonies help others hear stories that are not easy to tell or listen to.

I'm not going to talk about the holocaust again today, or the whole poetry after Auschwitz thing. Let's leave Adorno behind, maybe even leave Everything Is Illuminated behind for the most part. Today is Day 729 of this blog. The second year--the so-called phase two comes to an end tomorrow. I'm not aiming for as big a party as Day 365, but I am having some people over for game night, with Groundhog Day somewhere in there. I don't want the focus to be the movie, oddly enough...

(In fact, thinking about it that way just now made me think I don't want to keep blogging every day.

I have been leaning lately toward the idea of a less structured, but just as regular, version of this blog, no week-long repetitions (unless a movie warrants that many days). I figure that if I weren't watching films on repeat, I'd probably just fill that time with other movies anyway, so I might as well write about it. And, on those days, like on roadtrips, when I am too exhausted or too busy to watch some longer movie, I would allow a short film instead. I'd still return to Groundhog Day--I'm figuring on the 2nd of each calendar month--because that is where this began. I'd still write every day.

My biggest problem here is that, knowing the way I am, I cannot take a break and then decide I want to blog every day again, not with out a reinvention and a new blog. (I could just write more political posts at my Against the World blog and put movie reviews, when they come up on my SE7ENTH ART blog, except I know that doesn't work for me--the irregularity, I mean. I end up neglecting them and getting nothing done.

I considered a new, all-purpose blog where I could review movies, talk politics, share fiction or poetry or whatever, but that's what my website and Facebook are for. If I blog, I blog with purpose.

Connecting is the point. Even to blogging. I should interact with more bloggers, too. In my thesis, I (will) argue that bloggers form a community with common practices even if they make no effort to interact, but it would still be nice to interact with more. (The number of different platforms for blogs make it difficult, sure, but not impossible.)

Anyway, I have found many an excuse to write about things other than the movie I'm watching to talk about whatever comes to mind. I suppose I can keep doing that.)

Celebrating milestones is good. Having a purpose in mind is good. Finding a purpose along the way is nice too. The idea that I might be on earth for one purpose, though--maybe it's because I do not know what that purpose might be, but I don't link the singularity of it; it's too limiting. Still, props to Spielberg for continuing to make movies while also doing something important...

Admittedly, I didn't know how to phrase that last sentence without at least some part of it coming off as sarcastic. I do not mean any sarcasm. Clearly, I think movies are important, but history, personal stories--that is more important. The two can mix and mingle, of course, stories like Everything Is Illuminated or, better yet, something more historically accurate. Except, sometimes, I think the feeling is more important than the accuracy.

For example--but having nothing to do with history--I think the film version of Stephen King's Dolores Claiborne is an amazing film and one of the best adaptations of a novel that I have seen, yet it takes liberties with the very structure of the novel and augments supporting characters to bigger roles to take some of the focus off of Dolores herself. What it does is offer up the feeling of the book in a slightly different package. The details are less important than a feel. The same is true of films like Titanic, injecting a fictional storyline into the middle of a historical event, or Braveheart, altering the order of the timeline so characters and events can interact a little differently to convey the feeling more--dare I say it--efficiently than history would tell it. We know that no historical film is entirely accurate. They need to reduce big stories into a couple (or a few) hours. They need to reduce numerous conversations or interactions to singular scenes. They need to reduce the number of characters so audiences don't get confused. They need too adapt to certain actors, or certain locations.

(For Into the Wild, which I watched a couple weeks ago for this blog, for example, they set up their replica bus a good distance closer to civilization than the real bus (after considering filming at the real bus) because it just isn't practical to take a film crew off into that wilderness without some extra expenses.)

Just look at me and Groundhog Day. I wonder sometimes if Lawrence Dai ever watches Julie & Julia or if he completely moved on. (After his Day 365 entry, he posted again two days later, then a week and a half after that, and four more entries over the next week, then his blog ends.) Maybe I chose a better film (I did), maybe I chose a movie I actually liked (I did), or maybe I just have trouble letting go of things (I do).

I figure, with my thesis defense delayed until this fall, while I may get some adjunct teaching gigs by winter, I won't be "full time" teaching at least until next year. When I am doing something I enjoy for a job, and taking more time with lesson plans and what have you, then I will be ready to stop doing this every day.

I need that more important thing to take up my time. (I can't blog about parenting, because that involves personal stuff that does not belong to me alone.) I wrote fiction every day (one day off per story, one day off in between stories) from December 1996 to August 1999. I wrote in spurts from then until two years ago. I haven't been writing fiction these past two years, but I have been writing. And, my fiction always toyed with bigger ideas than its plots anyway. I always blurred the edges of what I was doing to comment on whatever came to mind. I am a writer. I am a blogger.

I am a father and a teacher as well, of course. But that's a given.

Tomorrow's entry has been partly put together already, as it involves the final recap of phase two and those links take a while to get organized. I don't know if people here for the "party" will want to say something like I asked people to do for Day 365 or if it will just be my own thoughts on the... achievement of this. And, it is an achievement. The average word count of the entries that I've coded so far for my thesis is somewhere between thirteen and fourteen hundred words. Take the low end there, and a year of this blog is 474,500 words. Two years, 949,000 words. Another 50 days or so and I'll reach a million words. Even if all these entries made no sense, that would still be something. But, they do make sense. And, some of them, I would wager, are some of the best stuff I have ever written. This is something worth being proud of. And, that's a weird thing for me to acknowledge. I don't deal in pride, usually. I have trouble saying I'm proud of things I have done. Even worse, I have trouble telling my kids when I am proud of them. That's one of those things I need to work on.

More on that tomorrow, I suppose. 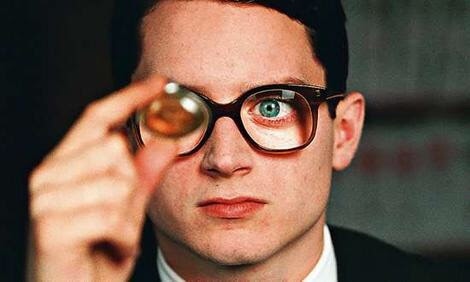