my insurance does not cover pms

For example, Kat Stratford, 10 Things I Hate about You--she can’t just be enlightened because she noticed that the world is unfair, that girls are not given the things that boys are, the, you know the world sucks just because you’re a teenage girl; you don’t have to had sex and regretted it and he dumped her. 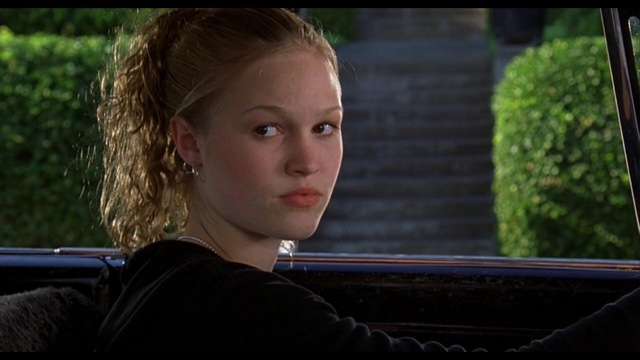 As Sage Young at Bustle, puts it, “The implication is that her shame and anger drove her into becoming interested in women's issues, possibly supporting the idiotic theory that female feminists are women who aren't loved up enough to accept second-class status.” Then Young counters with another interpetation, that “a trauma leads Kat to learn more about herself and the world. And her activist mindset doesn't shut off once she gets a nice boyfriend.” The latter is certainly optimistic for anything coming out of Hollywood. It’s more likely that the former is the worst case, and the best case is that the screenwriter just couldn’t be bothered to really explore the depth of Kat as a character. The film does make an effort to explore her present behavior and she’s just likable enough that we don’t mind spending time with her (mostly because, whatever her reasons, she is lashing out at those who deserve it, for the most part). Patrick is actually fairly unlikable to start with, as well, so it’s almost fair. And it doesn’t go as far as the original Shakespeare from which it takes its plot. It is less misogyny and more stereotypical romantic comedy.

Marie Thouaille at The Outcast, explains her take on the bigger problem with Kat:

Kat embodies an excessive form of feminism known as the ‘Femi-Nazi’, her aggressive speech and masculine clothing signalling her abrasive, shrill, feminist personality.

The message could not be more clear: being a feminist is really uncool! So that’s problem #5: the film claims to cash in on 1990s “girl power” but it’s actively undermining it.

She calls Kat’s feminism “bankrupt.” It is “not the result of carefully critical thinking,” she explains, “but an unsatisfactory sexual encounter in the wake of her mother’s infidelity to the father. The film thus dismisses feminism as a disruptive behavioural disorder originating from bad mothering that must be cured via the redemptive effects of heteronormative romance.” Of course, in the 90s, a bit of heteronormative romance could cure a nerdy girl as much as a feminist girl.

And, Kat’s feminism and anger at the world is presented as a bunch of smart ass lines that she apparently repeats. Bianca and Chastity finish her line about teen’s “pathetic emptiness of their consumer-driven lives” like she says it everyday. It’s feminism and antisocial behavior as slogans and one-liners.

The thing is, in the mid-90s, or the mid-anything, I gues sit’s good that there’s any feminism on screen at all. A young girl seeing this film can look up to Kat and emulate her without debating whether her ideology is bankrupt or not. It is a movie, after all. And a light one at that. Of course it will deal in shorthand. Of course it will shortshrift the ideologies of its characters, simplicity them for the masses.

Besides, every one of us has some damage or another. While it feels simplistic and cheap when it comes to screenwriting, maybe it isn’t so unrealistic to suggest that it takes some trauma to wake us up to what’s wrong with the world. I mean, especially, for a white suburban girl like Kat. She just might not see the faults in the world until one of them strikes where she’s standing. That this trauma, or the rape in Thelma & Louise or so many other movies and stories is a gendered trauma--does that make it cheaper? Yeah, probably. But, Hollywood deals in cheap, easy.