It isn't all politics, of course. When it's the 2nd of the month and I come back to Groundhog Day again* it's nothing but a delightful time, appreciating the personal, appreciating the will to improve, the impulse to go after the things you want, and the urge to help others when you can.

And I've written so many thousands of words about this film, it's a wonder that I can still say anything. But, it's also a wonder that anyone couldn't, you know, because the film is timeless--and I don't mean that as a pun--and universal. Everybody can relate to Phil in some way, whether you see yourself as an arrogant son of a bitch like him or think you're everything, you can relate to those moments when you realize you're doing something wrong--

unless you're a sociopath like President Trump, my political voice chimes in, but I ignore it as best I can because today is not that day

--and you can relate to those moments when you really see someone close to you for the first time. Really see them. I know I can. That "then somebody bends" moment from "Beauty and the Beast". You have wished for the chance to do that one thing over again, to have the chance to fix it. But, you also realize, at least subconsciously, that you'd probably make the same stupid choices again, because that's who you are. Change doesn't happen quickly. You don't become bold overnight. You don't become kind. Big changes, important changes--they take time. They take practice. In the meantime, maybe some opportunities get missed.. But, you'll come out better in the end because of it.

A few weeks ago, I was feeling low, my anxiety and depression getting to me because of choices I make--or maybe, more accurately, don't make--and I got out this little notebook on a whim and started writing in it, sad poetry mixed with melodramatic prose. I wrote the hard feelings into the page and I guess I left them there for the most part, because after scribbling in there every day for a week or more, I have mostly just left the book alone. A Little Book of Broken Hearts and Awkward Silences I titled it, because I was in a titling mood. Or I needed it to be a symbol in my pocket, a place for the hard feelings. And, it's good to have an outlet like that. It's good to have an outlet like this blog. Or like Twitter or Facebook or Instagram or whatever other platform you might use. For those moments when there are no friends around, or only the friends that you don't talk about personal stuff with. Or the friend(s) you'd rather talk about than to. You need that place--a private journal or a public blog, or both, or something else entirely. You need some outlet to put those hard feelings when things just aren't working. A good workout, a good game, a good movie, a good meal, a good bit of therapy. I imagine Phil going to that therapist more than just the one time, and I like it. I imagine amusing conversations about the passage of time, about aging, about love and life and everything else there could be to talk about, because who wouldn't do that, given the chance? Or maybe he just picks a different townsperson each day and spends the day with them, gets to know them, lets them get to know him, and shares the day because I think I would want to do that. Sure you gotta fixate on certain people, find your Nancy or your Rita and give it all you got. But, just to spend time and share experiences with some new person could be so therapeutic, so meaningful, so... good.

But, I don't have a time loop. And, I get in my own way far too often. But, on a good day, I can exorcise my self-destruction in a useful way, or at least a way that works. Like the first two pages of that Little Book:

I would have imagined that
Having lived so many years as I have
I would have a better grasp
On what to do
When what I want
Is right in front of me.

All you have to do is ask, old man.

Worse case scenario,
She rips out your heart
And tramples it on the floor.

Then you still live to fight another day
Come back again for more.

See, they call it a crush because it weighs on you and crushes everything inside you until you don't recognize yourself anymore.

And if you happen to survive,
Happen to be kindly brushed
Off because she's not interested
No matter how strong you think your feelings are... If you happen to get through mostly unscathed,
Maybe you've learned something,
Maybe that guy in the mirror is someone better than the guy that was there before.

Maybe it won't crush all of you.
Just one little piece of your heart and your soul.

Anything can crush you, of course. Or anything can feel like it. But, tomorrow is another day, and yesterday is another day, and today is another day if you live in thoughtfully. Like in About Time, live each day as if you can do whatever you want--barring hurting other people of course--and live it like this is the day you need to memorize when the resumption comes and tomorrow is today all over again, except it won't be, except for those mundane details that repeat from day to day no matter what. But, you've paid attention, you've thought it through, you've weighed the risks and the rewards and made your choices as if they mattered more than any other choices you have made or will make, because today is today is today, and that is all that matters. Eternal recurrence be damned, today is all there is. So, apply for that job. Talk to that guy. Talk to that girl. Try that new thing you've been wanting to try. The smallest decision can change your life forever... And, that may sound like a contradiction, but think about it like this: a small decision can set in motion the chain reaction that alters your life significantly over time. The butterfly effect of personal change.

For example, when I started this blog four years ago today, I didn't expect it to take over my life. I didn't expect all the changes that would come with it, all the experiences. It was a small decision, a whim. But, it framed my life differently from that point on. I like that I've got a tattoo from three years ago, when that first year was over. Because this blog has changed my life, has made my life what it is. And, I wouldn't have it any other way...

And, Phil just asked Nancy to marry him. A small decision pretending to be a big one. And, really, he's just playing. But, what comes after? He says Rita's name instead of Nancy's because deep down, he knows what he wants. He just hasn't figured out 1) consciously that he wants it, and certainly 2) has no idea how to get it. I can relate all too well. And, I'm sure you can too. Something in your life that you want but don't have, something worth the chase.

All you have to do is ask. 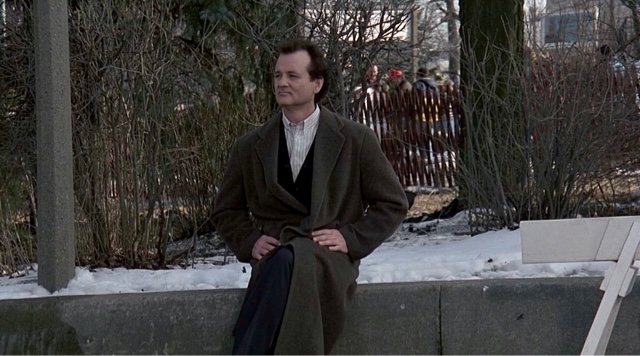