before you know it, our heart’s worn out 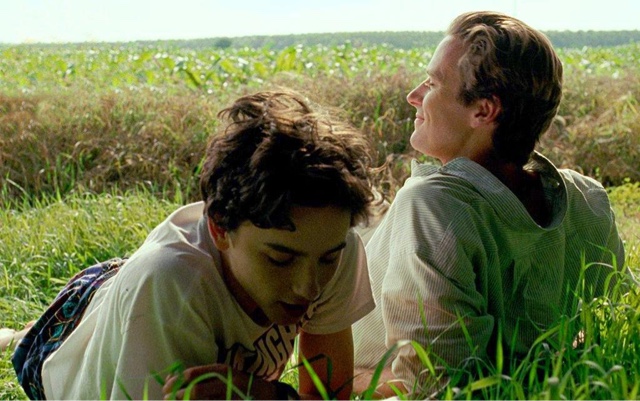 Today I saw Call Me By Your Name, right now I've got Whose Streets? playing on the television. I'm inclined to write in relation, in response, in my usual twisted sort of echo, to the former rather than the latter. Writing about police violence and Ferguson will get me into a political rant that I am not in the mood for...

Which is its own sort of troubling notion, separate from the rant itself. That I get to be tired to such things. That as much as I seek out stuff on social media to argue with, I can turn it off and my life is enough that I don't need to be in the middle of that. When so many people don't have such a choice.

The privilege of my life.

I can choose to write about a love story--one trapped behind an 80s anti-homosexual vibe, but--SPOILERS--that ultimately doesn't go the route that one producer apparently wanted by having a villain; instead the film embraces the relationship at its heart and so does the mother in the film quietly and the father vocally. I can choose to avoid the more political angle.

Of course, then I'm inclined to make it personal. Call Me By Your Name got me thinking about romance and love and relationships. As I was sitting in traffic afterward, headed from the Arclight in Hollywood to Bravo Medical Magnet for my speech class, I had on some old music, stuff I hadn't listened to in a while, and I was lamenting that I am too old and too socially inept to have anything again like when my ex-wife and I got together. Most days, I'm good with my life as it is. I've got some friends, I've got a fun new-ish hobby that takes up way too much of my time some days, I've got my kids, I've got movies. Still, sometimes, I wish for something more. Something more... passionate, perhaps. And, I don't mean passion just in the romantic sense. I mean, like when I started writing every day in my 20s and had it in my head that I was going to be a novelist. I mean, like when I watch a great indie movie and I want to work on something like it, to write, to direct, to act, to whatever. I mean, like when I see my daughter on stage and I want to find an audition and try my hand. And, the more personal, physical, passion, too.

Or the passion of a protest. A riot.

Something far more real than a proclamation or a sarcastic jab on Twitter.

Or a rant in a blog.