not speaking out is ordinary

Today, I saw Roman J. Israel, Esq. and... Well, a quick review of sorts: Denzel Washington and the character of Roman--awesome. The movie--not as awesome. Good, but not great. Like I wish it hadn't tied its own hands in the opening moments by establishing a timeline of just three weeks, because then SPOILERS, we don't get any real moments of realization from George (Colin Farrell) that Roman is at all correct about him wanting to be a more proactive sort of defense attorney. It just happens. Mostly offscreen. There was room for something a little more inspirational, like Denzel's titular bulldog of a lawyer is so committed to the details that he inspires attorneys around him and it all becomes something good. Or, alternatively, he takes that one instance of corruption--seen in the trailer--and just dives into being corrupt, and the film is more of a Faustian piece. Instead of either, the film treads water in the middle. And abruptly, it does a have-its-cake-and-eat-it-too ending. Overall, still, it's good.

And it got me thinking, which is always a plus.

And, then there was shopping for a new Christmas Tree, and then cards at my sister's place. And then, decorating the tree and I'm not in the mood for the political rant I was thinking of... Having? Making? Ranting.

There is just this:

If you have something to say, say it. If you want to make a point, make it. If you've got an argument to put out there, put it the fuck out there. Be heard. 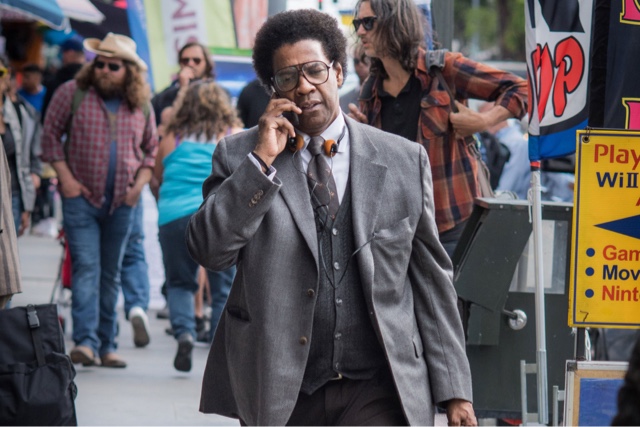