a man of advancing years

A new year. In terms of movies, I began it yesterday the same way I ended it the day before--watching both Brigsby Bear and Dave Made a Maze. (Admittedly, I said very little about either one yesterday, because I was dealing with my attempt at a TOP TEN for the year.) 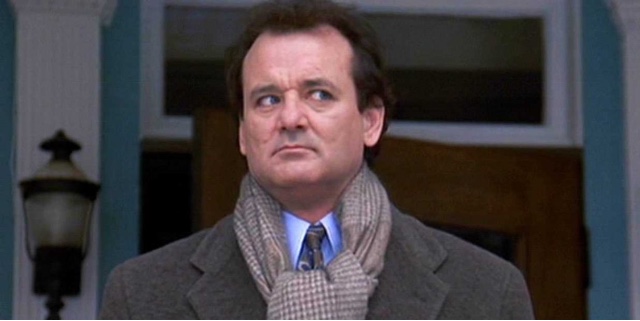 This year (specifically February 12) is the 25th anniversary for this movie. (And, I just learned it is going to be on the big screen at the end of January--weirdly, it is going to be on January 31, a Wednesday (and right after my birthday). That week, Friday, i.e. the day that movies usually show up in a theater, actually is Groundhog Day, but it's going to be showing up Wednesday. Perhaps, the good folks at the Regency South Coast Village 3 in Santa Ana (which is 39 miles from here, so not very likely) want people to do something more on the holiday, like go to Punxsutawney--which I have never done--or go to Woodstock (the primary filming location for Groundhog Day, for those of you who were not here for phase one of this blog), which doesn't even seem to have the symposium on the calendar for this year's "Groundhog Days". (An extra check and I see that the Stage Left Café (where they usually hold the symposium) is having a Jazz Night that Friday.)

It occurs to me that, while I must've noticed it before, I don't think I ever commented on Phil saying "Let's not forget seatbelts" and then neither he nor Gus nor (probably) Ralph both putting any on.

I miss this movie sometimes. I mean, sure, there were days in that year of Groundhog Day that I wanted nothing to do with the movie, wanted to give it up and leave it behind and move on to something else. But, also, there were those days when turning on this old thing was like curling up in an old blanket.

This childhood deconstruction I've spent a few months on now--it was supposed to be something similar. Go back and watch all these staples from my childhood, originally each one just once. But, I love my repetition. I love taking a little time to really pick something apart and piece it back together. It has grown. It isn't quite the comfort it might have been. In fact, some movies that I might have loved, might not hold up to scrutiny anymore. Different time, different standards. I do, of course, take that into account. If you're here often, you'd know that. I try not to judge old movies too much.

But, I judge them a little. I feel that I have to.

In between finding comfort in childhood experience echoed anew and picking out what the film in question may have taught me about life way back when.

But, that's movies in a nutshell. Little dreams that echo pieces of your life, drive you toward new pieces, and that need to be kept in check with a bit of judginess because it is far too easy for film to express dated notions about gender, about sex, about race, about politics.

I have seen somewhere around 5000 different films in my life. I have seen this particular film somewhere over 400 times... Hell, it's more than 400 times just for this blog, now.

I know a few people for whom this movie is a huge fixture. You do a think like this and you meet similar folk. And, regardless of all the other movies I have seen, the other movies I will still see, Groundhog Day is likely the biggest cinematic fixture within me now. Its piece bigger than so many others.