everyone's entitled to one good scare

This is the world introduced to me by Halloween when I was a kid.

Long tracking shots. Deliberate use of the background and the foreground. POV shots to both put us in a role of the killer and to manipulate us into feeling him approach. A simple but evocative score.

This is the cinematic marvel introduced to me by Halloween when I was a kid. 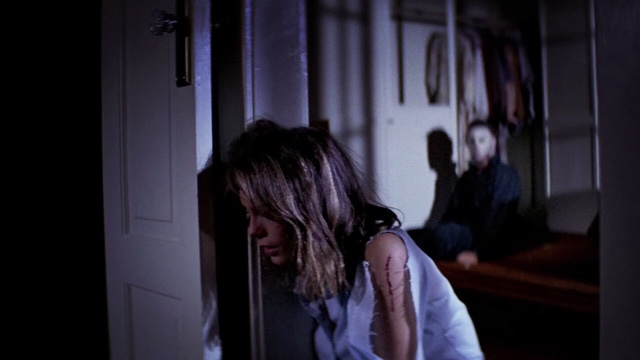 One observation, and it only just occurred to me. Who was coming to look at the Myers house? Laurie leaves keys under the mat for her father because people are coming to look at the house. Did they ever show up? Did Michael kill them, too? Or did they get lucky because he was loitering outside Haddonfield High? Later Brackett and Loomis get into the house because the front door is unlocked. Maybe the potential buyers came by, got spooked, and ran. Given the film's focus on fate, it would be interesting to know who came by the Myers House while Michael was out, missing out on being murdered by maybe mere minutes.