At Rhode Island College, there's a Professor by the name of Richard Feldstein who has involved screenings of Groundhog Day in his classes. This I like. 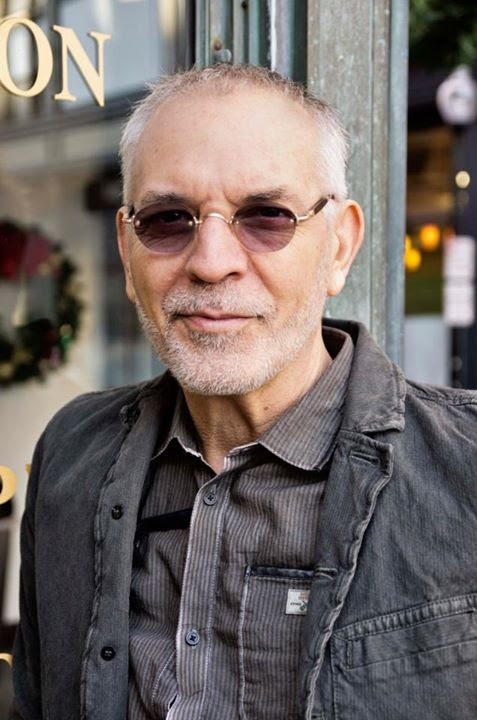 He has used the movie in at least two different courses--English 202: Introduction to Literary Theory, which a student on Feldstein's Rate My Professors page says is "usually a dreaded course" and English 343: The Project of World Making. He's also used films like Dark City, Memento, Vanilla Sky, V for Vendetta, The Dark Knight and Unbreakable in that "World Making" course, and The Game, Eternal Sunshine of the Spotless Mind, The Matrix, The Devil Wears Prada, Zelig, The Great Debaters and (again) Unbreakable in the "Literary Theory" class.

I've got a copy of what I guess is a "handout" regarding Groundhog Day used in his Fall 2008 English 202 class. I put handout in quotation marks because the thing is just over 8 pages, single-spaced, with several different text formats throughout. It's a weird read on its own--for students nowadays who may never have seen the film, this thing probably seems very dense and overwhelming.

On the first page, Feldstein outlines the "Event Cycle" of Phil's usual day, starting with the alarm clock playing "I Got You Babe" at #1. Ned Ryerson shows up at #7, Buster talks to the groundhog at #11. Several of these things are what I call time loop markers--serving as clear signs that the day is repeating. You know, in case the casual viewer tunes into the movie on cable one day and has absolutely no idea what the premise is, he can still recognize the repetition easily. Really, as the resumptions go on, none of these markers (or "Events") remains consistently. For example, we can assume Phil wakes up to that alarm clock every morning, but we don't have to see it every time.

Feldstein explains quite simply what Phil can and cannot control within the time loop; "He has no power to control events caused by natural transitions" (p. 2). He can manipulate people's behaviors, can save lives and change tires, but he cannot control that blizzard and the one life he cannot save is an old man who is beyond saving; Old Jedson O'Reilly has seen better days and dies not from an emergent event--like Buster choking--but from a well worn life. Later, Feldstein describes the situation as follows: "there is no rhyme or reason for why [Phil] cannot die and this man cannot live" (p. 8).

Under the heading "The Determinative Structure of the Narrative Event Cycle", Feldstein tells us (or rather, his students) that "repetition alters the narrative cycle. It makes it strange and calls attention to its unfolding. The narrative is no longer backgrounded; it becomes the foregrounded aspect of Phil's life" (p. 3). I especially like that last sentence; taking "narrative" here as the plot structure (as opposed to story), yes, the usually ordered sequence of events gets foregrounded and upended in Groundhog Day. As Feldstein says farther down, Phil's situation "frees him from the causal structure we labor with each day" (p. 3).

Under the heading "Accepting Death and making Peace with the Indeterminacy of the Determinative Structure of Events", Feldstein says, "In order to make peace with himself, he must recognize his inability to affect change beyond the level of artifice" (p. 5). I think it's limiting considering what comes after, to suggest Phil can only change artifice. He can affect deeper change in himself. He just has to get past the shallower stuff.

Feldstein suggests that Rita's interest in Phil on "god day" is her responding "with an act of friendship, the first time that anyone in the film shows affection for him that is genuine" (p. 5). I wonder whether Mrs. Lancaster's friendliness or Ned's old-friend-neediness can't also fall under the umbrella of affection and however cheesy and simple the former and clingy an creepy the latter, they both seem genuine.

(I also think Kenny really did enjoy the "very very tall trees" line in the opening scene's weather report, even if he did misquote it, but that doesn't necessarily demonstrate affection.)

It fits with the usual interpretation, though--that on "god day" Phil has finally realized he is worthy of genuine affection, that he can be a better person than the ego-centric jerk he has been. In fact, I would argue that by the time of "god day" Phil has already dropped back from being so ego-centric already. Feldstein suggests that Phil doesn't call himself a god "as a way of aggrandizing himself" and I agree with that. I think Phil's pronouncement that he is a god, just like his pronouncement that he is an immortal, is just a reasonable observation based on the facts after however long the time loop has been running.

Despite what I just said above about Rita showing genuine affection, Feldstein's suggestion that "this is the turning point in their relationship. It is where she shows a genuine interest in him," bugs me a little. I've said before that Rita really might only show an "interest" in Phil on "god day" or on that last day of the time loop because of the mystery; she's a producer and he's a story. Sure, she's affectionate, but I wonder if there is a better way to describe her "interest" than as anything to do with their relationship; that word implies a romantic relationship, and while the audience may connect Phil's pursuit of Rita to Rita's interest on "god day" to Rita's interest on the last day of the time loop as an appropriate through-line, really, these three events connect only in how they affect Phil, not in how they define the "relationship" between Phil and Rita...

Even if I have suggested something contradictory before.

One student says of Feldstein on Rate My Professors, "DO NOT LEAVE RIC without taking Prof. Richard Feldstein! it will change you." I would hope some student of mine can say the same in the future. Maybe I will have to include Groundhog Day in one of my classes.

Did I say maybe?

Today's reason to repeat a day forever: to make sure no one leaves life without watching Groundhog Day because it will change you.