know all about you

Some random thoughts about Phil Connors:

Maybe he spoke French already and he just had to get over his impulse to laugh in that restaurant scene.

Maybe he already knew how to ice sculpt, he was just such a misanthrope he had never bothered to share his talent with anyone.

Maybe his father really was a piano mover... not that that necessarily made Phil a great piano player.

And maybe his "six months" of card throwing didn't even happen within the time loop but when he was a teenager and had mono.

Just the other day...

Oh man, how long ago was it that I rambled on about the use of that phrase, "the other day in TV shows? I think that was early on in this blog, back when I was still wide-eyed and innocent. But I digress.

Just the other day, 24 April to be precise, Charles Murray at Fox News was describing some scenes from Groundhog Day that he says "illustrat[e] the unplanned and bumpy trajectory that Phil's thirty or forty years [referencing Ramis for those numbers] takes" and he mentioned the cards. He says Phil "spends all day every day for six months throwing cards into a hat, and gets quite good at it."

a) we've no reason to believe Phil's count of six months is accurate or honest
b) Phil doesn't claim "all day every day," he says "six months, four to five hours a day"
c) why must we be so absolutist about everything? 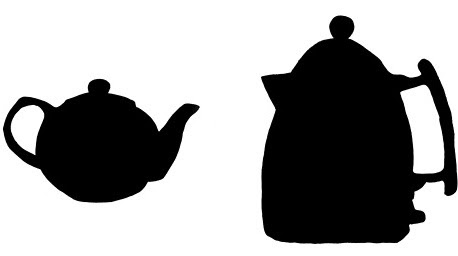 Murray latches onto that "six month" figure and infers the rest, like something I didn't mention talking about Feldstein the other other day, latching onto Rita's line, "sometimes I wish I had a thousand lifetimes" to put a number to Phil's preceding line, "I've killed myself to many times, I don't even exist anymore." Feldstein says Phil killed himself 1000 times. Personally, I go by what Phil says on "god day"--he says, "I didn’t just survive a wreck. I wasn’t just blown up yesterday. I have been stabbed, shot, poisoned, frozen, hung, electrocuted, and burned." That's nine deaths right there. We could choose to be inclusive and say the "wreck" was when he stepped in front of that moving truck, and obviously the toaster in the tub seems to be the "electrocuted" and his drive off the cliff (about to happen on my TV as I type this) is him being "blown up."

(One of the ones mentioned--"frozen"--comes from Rubin and got ruled out because, according to Rubin, Bill Murray "doesn't do nudity." The scene was going to involve Phil stripping and walking off into the blizzard. I like the idea of him surrendering to the elements, but the few deaths we get, I think, make the point just fine.)

What he doesn't mention is jumping off the Pennsylvanian Hotel tower. So, at least ten deaths (assuming he's being honest and not just trying to beat out Rasputin). But, nowhere near one thousand.

Murray also calls Laraine--Phil's French Maid costumed date--a "bimbo." Just like Solman (1993) calling O'Reilly--the homeless man--a "wino" or Simon (1993) calling Nancy "the local sexpot" this seems neither fair nor warranted. Laraine is dressed in a costume because she thought they were going to a costume party. It's a date. There's no reason to apply derogatory labels. O'Reilly is homeless, we do not see him drink, we do not see him with any container that looks to contain alcohol--in fact, he's the only person in the film that we see consume something good for him (per Day 105: people like blood sausage too. people are morons). And, we have no reason to assume Nancy is anything more than a nice small-town girl who works in a dress shop. She does, after all, have the wherewithal to not fall for Larry's come ons.

I rather like how Murray (2014) suggests that his "twenty-something readers" not only watch Groundhog Day but substitute it "for studying Aristotle's "Nichomachean Ethics." I haven't read that one. I've read Aristotle's Rhetoric and while somewhat useful, it is very dry. Murray suggests that "something clos[e] to Aristotle's view of happiness is at work" in Groundhog Day. I'd say something closer to everyone's view of happiness is at work in the film. And, really, you should all watch it if you haven't already...

Of course, if you've been reading this blog and haven't seen the movie yet a) I feel sorry for you because that's a strange way of going about things and b) please tell me about it when it finally happens so I can know just how strange.

Today's reason to repeat a day forever: to not label people. Labels are limiting, for them, for me. I'd rather keep the possibility that I might get to know a person more completely than squeeze him into an idea of who and what I think he is.