Tonight in class, we were running ad hoc focus groups. A couple topics were political. Mine was not even really conducive to much disagreement, or necessarily a lot of conversation... I thought. I started with the Jelly Bean video I've linked a couple times in this blog, notably in Day 52: if you only had one day to live. My first question was simple enough but lead to discussion of elitism and whether or not any of us are wasting our lives, as the video seems to be telling us. Good times were had. A fellow student, Shawn, had us discussing the concept of villains in his focus group. For the briefest of moments, I thought I'd use that as the jumping off point for today's Groundhog Day Project entry, but I've already talked about how a) there is no villain in Groundhog Day or b) Phil is his own... antagonist; there is no villain in Groundhog Day.

(I would link but I don't think that topic was its own entry, just part of some other one. And, really, the concept of Phil being his own biggest obstacle is inherent in many entries.)

I'm at that point where it seems downhill, this project. There are aspects of the film I'm still saving--details that I may still try to put into my thesis next year... details only, not whole new topics. But, mostly, it seems sometimes lately like I have covered most everything within the film. I've said before that I expected the first half of this project to be primarily about what was in the film, the second half moving outward.

(I'd love it if that New York Times article had happened by now because the main topic of it is something I'd like to write about. Last I heard, it was supposedly still happening, but I do not know when. [Not until the following February and not in the New York Times.])

Some topics that come to mind still pull me right back into the movie, into Phil's situation. Like today, for instance, it occurred to me that there is one good thing for Phil about who he was pre-loop in regards to being stuck in the time loop; he probably has no close friends, people he would particularly miss as the time loop resumed and resumed. Just yesterday I had the first conversation in what seems like a very long time with a good friend of mine. In fact, I'd say that Cheryl is one of the best friends I've ever had, but still, we lost touch with each other for years. But yesterday, thanks to Facebook we caught up a little, and it was nice, almost as casual as it used to be.

I have a lot of people I'd call friends these days, but no particularly close friends, the kind I'd talk about serious personal business with. That's one of the reasons I really needed to see a psychiatrist regularly when my wife and I first separated; there was no one with whom I could discuss the separation (and later pending divorce) and my feelings in regard to it. One amusing detail in Lupoff's "12:03 P.M." is that Myron Castleman goes to see a psychiatrist just to have someone to talk to about the time bounce. She doesn't particularly believe him, and they have the same conversation more than once, but he likes talking to her. I get that. And, I'm reminded of Day 35: sometimes i wish i had a thousand lifetimes, in which I wrote about the human need for companionship. After all, belonging--which on a personal level can amount quite easily to (or result from) companionship--is in the third tier (out of five, for those of you unfamiliar) of Maslow's Hierarchy of Needs and love/belonging is one of Glasser's five basic needs. It's hard to argue that we don't want that sense of belonging or companionship. Hell, I recently wrote an entry about just that--Day 258: what everybody wants.

I've been having trouble getting to sleep a lot lately, so I've been tired often. I've put back on what weight I managed to lose last summer, when I went hiking or walking regularly, and a little extra. Grad school and coaching keeps me quite busy when my kids are not doing so. But, I think my life is actually going relatively well. And, I don't mean relative to, say, poor people who don't have the time or money to be able to go to grad school or watch the same movie every day and blog about it--that's obvious. I mean relative to how I have often felt my life was going in the past. I've been a pessimist and a cynic a lot--Gus might peg me as a "glass is half empty kind of guy." For a long time, my life lacked obvious direction. Then, marriage often seemed like a holding pattern, waiting for something else to happen. Lately, I feel like life is actually happening.

To be fair, my life today is very different than it was when I started this blog, practically speaking. Different living arrangements, school, work. But, it's more than that, I think. I've always known who I was, but like Phil, I didn't particularly like myself some of the time. There are probably still moments when I don't like myself. But, I accept myself. I figure this is me and this is my life and I ought to do what I can with it... No, I should try to do more than that.

Today's reason to repeat a day forever: to aim at the sun. 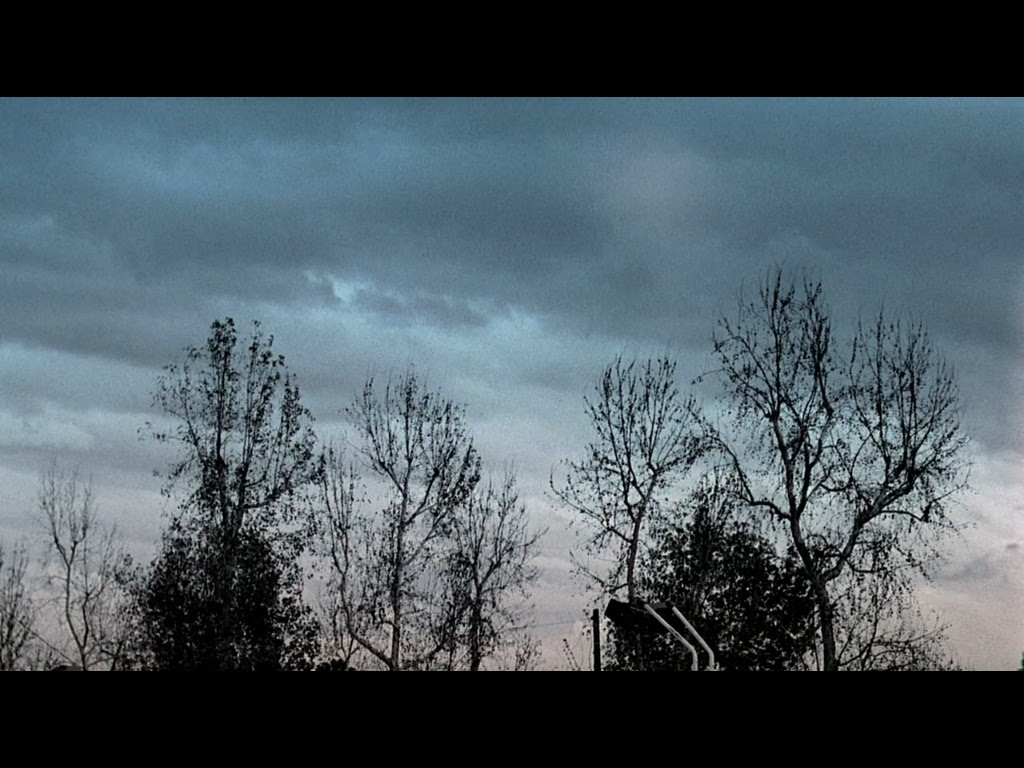