My daughter tried out for a part in You're a Good Man, Charlie Brown [so did I], so when I was wondering what to write about tonight--because the Groundhog Day book (about the holiday) I've got actually had a bit more detail than I expected so I will have to read it in more detail later, and I couldn't decide on a Bill Murray movie to watch and write about and don't have time for two movies tonight anyway, and, well, a couple other ideas that take up too much time for today--she presented a challenge. Recall, she prompted my entries about Phil's favorite color and Larry's kids, just to name a couple. Anyway, I asked Saer for another topic because I was thinking of echoing an earlier entry--today is the 85th day from the end so I looked to Day 85 which began with my daughter calling me obsessive. 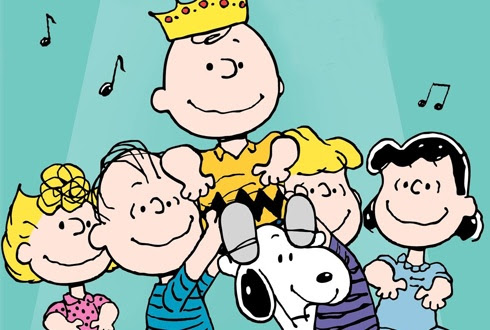 The core cast there is Sally, Linus, Charlie, Snoopy, Schroeder and Lucy, but I'll include a few more as necessary. In fact, I've got a list of twelve Peanuts characters to tie to Groundhog Day.

Since Florence Lancaster is on the screen right now, on Phil's first morning in Punxsutawney, I will link her to Sally. Physically, there's the lighter hair, puffy on top. But, there's also the sort of cute ignorance. Mrs. Lancaster doesn't know what deja vu is; Sally Brown once thought her family was famous because they were in the phonebook. My daughter wanted me to say Rita was Sally, but I found a better fit for Rita, though Sally's optimism does fit with Rita.

Ned's on screen now... but that means Phil just passed O'Reilly and I wasn't looking. I think I'll have to go the obvious route and suggest that Old Jedson O'Reilly is Pig Pen. That would explain why no one in Punxsutawney cares about him... well except that one guy who gives him money. Ned, on the other hand, I thought to link him to Pig Pen because, you know, who wants to be near a guy that annoying? But, I also wanted to link him to Linus because of how he holds onto that briefcase of his like it's a security blanket. I considered saying Larry was Linus, because he is defined by an object as well, his camera, plus he's close to Rita (within the context of the story). But, then I noticed Eudora and that knit cap. Plus, the Peanuts character of Eudora moved from another state; Larry used to live in California.

Nancy Taylor gets to be the Cute Little Red-Headed Girl. She's got the hair, she's got Charlie's (oops, getting ahead of myself) attention. And, ultimately, she's a distraction, I think, from all of Charlie's real problems.

The impulse for Snoopy, being an animal and all, was to link him to Punxsutawney Phil. My daughter pointed out that the groundhog has no lines, and Snoopy's got his own song in You're a Good Man, Charlie Brown. But, a connection between the two that wasn't simplistic bordering on speciesist--Snoopy has all those bouts with fantasy, as a World War I flying ace, as Joe Cool, and Punxsutawney Phil thinks he's immortal... or rather the Punxsutawney Inner Circle says he is, so they're delusional on his behalf. Close enough for me.

Woodstock is Punxsutawney... the town, because, you know, the reality of filmmaking.

And then, it gets interesting. Rerun, just because of his name, gets more importance in this mapping than I ever remember him having in the comic. Here's where he got his name, by the way, 31 May 1972:

He is named for things that repeat. He is like the time loop itself, if that isn't too existential a reach. But he also represents a little bit of Phil's attitude early on... like in this strip, 26 March 1973:

That last bubble--"You mean this is it?"--that's like Phil getting out of the city. He's not impressed. But really, Phil is someone else.

But first, Rita. I considered Lucy because, well, major character. My daughter, as I said already, suggested Sally. But, then I saw Frieda in the Peanuts Wikia and not only does she have the naturally curly hair that she loves to brag about, have a look at what else is up in her first appearance, 6 March 1961:

Her concern, in case you don't feel like or can't click through to see that bigger: "Do you feel that spring will be here soon?" Plus there's this, from Frieda's Peanuts Wikia page:

Although she becomes angry with Charlie Brown on a few occasions, she never teases him or puts him down.

Well, except that one time with the Sir Walter Scott poem... no, wait, that was Rita.

Almost as soon as they are introduced, Frieda's relationship with Lucy had gotten off to a rocky start... [but] the two girls eventually became friends.

This matters because, well, Phil is Lucy. If you're confused because you're pretty sure I suggested he was Charlie Brown above, keep reading.

There are three major characters left, and Phil is all three. While the breakdown might not be exact, I would suggest that Act One Phil is Lucy, Act Two Phil is Charlie Brown (which could be another reason Rita isn't Sally, because then the whole "date night" sequence becomes a bit incestuous) and Act Three Phil is Schroeder (and not just because of the piano).

Act One Phil is Lucy for a few reasons. Mostly because Lucy is a complainer, but also because Lucy is an insulter. She just loves to ridicule others and so does Phil. Still, she is capable of being nice; once after Linus cried because she said she wished she'd gotten a little sister instead of him, she actually apologized. And, of course, she's in love with Schroeder, and also insults Charlie Brown... which might not make sense since I'm saying Phil is all three, but to make it simple, Act One Phil definitely loves himself and Act Two Phil definitely gets to the point where he hates himself.

The line between Lucy-Phil and Charlie Brown-Phil is a little blurry because Lucy's love for Schroeder is probably closer to Phil's pursuit of Rita than Charlie Brown's shallower interest in the Cute Little Red-Headed Girl. But, I put Charlie Brown as the middle stage for Phil because Charlie, despite his obvious optimism, clearly suffers from some sort of depression, and he may be the main character but that doesn't mean that things go his way... ever. Phil's breaking the alarm clock right now on my TV, and I figure in the bitter, angry, slipping into depressed mood he's in, if he tried to kick a football, he'd probably fall on his ass just like Charlie Brown. Of course, that might be because the ground is slippery from the ice and snow.

Act Three Phil is Schroeder because of the piano... and because Schroeder is the refined one. He not only plays piano, he practically worships Beethoven, celebrating his birthday every year. I'm reminded--because I listened to two different versions of it today--of the "Book Report" song from You're a Good Man, Charlie Brown. It's Linus who writes the complex, intellectual book report, but Schroeder really gets into his report, maybe taking it off on a tangent--

for the record, we here at the Groundhog Day Project (AKA me) fully approve of and endorse all creative tangents

--but turning it into something more than it seems. Phil doesn't have to change the old ladies' tire or buy Debbie and Fred Wrestlemania tickets. He doesn't have to fix Felix's back. He doesn't even have to save Buster from choking. He could simply make himself the center of attention by playing the banquet piano and impressing Rita. But, he also makes it--it being his day--more than it needs to be. He gets creative with it and pours his soul into it. And, really he becomes someone that Lucy-Phil should love. 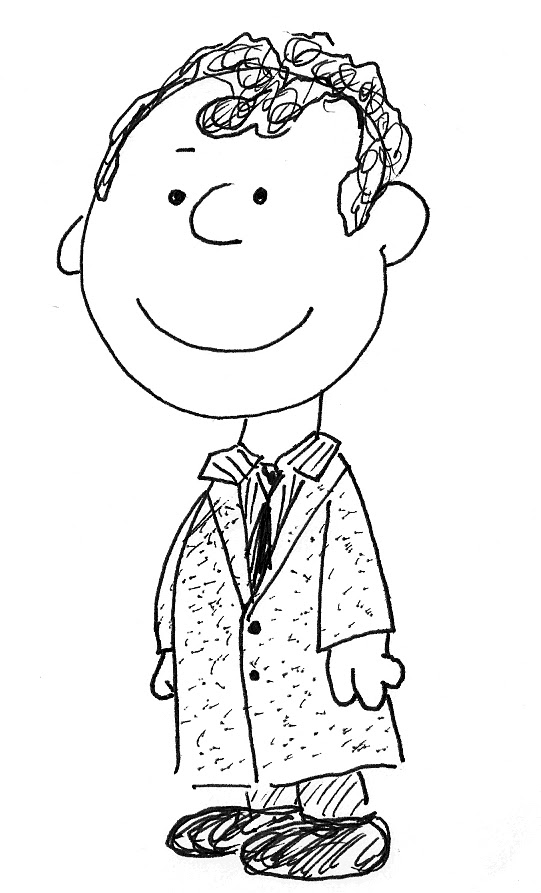 Today's reason to repeat a day forever: to bring good grief into my regular vocabulary, and maybe included a few good ARRRGHs as well.