you don't understand this yet but people need you

Nope, no slinky. Just nerds using science to be superheroes. 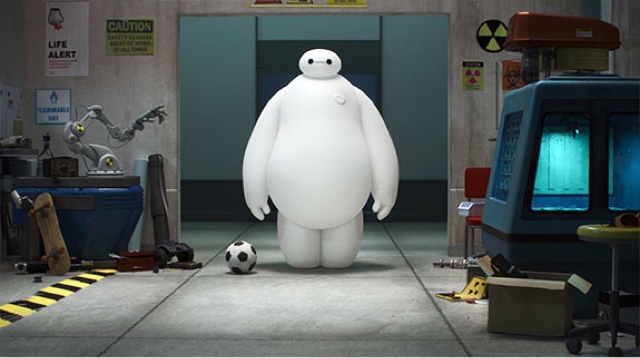 Or maybe I should explain the slinky thing. Except, it's not a. Slinky thing. That name is misleading. The slinky was more important as a metaphor for big, shiny movies that more people go see. The first reason.

But the second reason was really just why I chose to write about, or inspired by, Obit. instead of 2004's King Arthur. Watching Obit. I was reminded of how I used to write about obituaries early in the Groundhog Day Project. In retrospect, that came from two things: depression and one of the central conceits of Groundhog Day, the measure of a person. Which is also a necessary part of movies like the new King Arthur: Legend of the Sword, or Big Hero 6, or The Fifth Element. Korben Dallas is measured and mankind is measured accordingly. King Arthur, especially in Hollywood films insisting on origin stories, must be measured as worthy of being king.

(However, the sword-in-the-stone bit sets up a bit too much destiny for there to be any inkling of impending failure... But, that's kind of how we want it to be. We want the protagonist to have to work for it, to earn the girl's love, to defeat the villain (or villains), to save the world, and also to meet his fate, to become king, to getting free of the time loop. Whatever it is. The usual screenplay structures tend to require an obvious direction. Bad King kills good King, Good King's son has to overthrow him. Cab driver is indifferent to other's problems (sort of) so he must learn to care about someone. Hiro Hamada's journey is interesting because his understanding of it, our understanding of it, and Baymax's understanding of it are so different. But, the end result is the same. It takes a certain kind of film for the protagonist to effectively fail. And, most of the big shiny films are not that kind of film. Because, generally, that isn't what the larger audience wants. We want destiny, but we also want it to be earned. We want the excitement of potential failure, but actual failure--we don't really want that.

We do want the man to be measured. (Or woman. Or whatever identifier is appropriate.))

Outside the parenthetical, an obituary is an explicit an deliberate attempt to measure a person posthumously. And, long before I acknowledged how person the Groundhog Day Project was to me, I think I knew it was going to be, in more ways than one, a measure of me. The several days' entries that tied into obituaries in one way or another--that was just a piece of that notion forming itself.

The thing is, per arguments I've made her a few times, each film is also a measure of me for having watched it, for having discussed it, for having thought about it, measured it. I change with each film, and each film changes with me. It's not some new age philosophy of film. It's just... what is. Every experience shapes your future self. How you choose to experience the present affects how the future will go. Phil Connors goes through his adolescent phase, Hiro wants revenge, Arthur just wants to live his life in the brothel and on the streets. You want to live your life, even if it isn't the life you want.

Think it self-help-book, cookie-cutter, hippie talk if you like. Bleeding heart liberal here, telling you to--I don't know--see more movies, spend more time with family and friends, do the things you enjoy whenever you can, but do the more "productive" things too because that will help you feel fulfilled, and take each moment as it comes and find your way through, because the next moment hasn't been built yet.

Like the next step beneath the slinky as it coils and uncoils.

Because silly metaphors are the best.