what do you believe in?

We interrupt your regularly scheduled social justice warrior vs Big Hero 6 blog post for an interlude. See, today I saw Alien: Covenant in the theater and I feel the need to defend it. I also felt the need to defend King Arthur: Legend of the Sword last week but never quite got to it because my intention to watch 2004's King Arthur to stay on topic got a little sidetracked by obituaries and slinkies and The Fifth Element and Big Hero 6. And the latter got a little... heavy? A little full of itself--my discussion of it, I mean. Not that such an approach is something new for me. As I told my students today (specifically regarding fairy tales and our breakdown of the meaning of "Little Red Riding Hood" but it can be cross applied quite readily to breaking down film), finding the flaws in something doesn't make it bad. Sometimes it can even make it more enjoyable. I mean, look where you're reading this--The Groundhog Day Project. Watched that one over 400 times now. Got into its weaknesses, both real and imagined (trust me, I've imagined a lot). Got into its strengths. Got into its interpretations. And, it is still worth watching for me. It is still enjoyable. (In fact, though I am not able to make it to New York to see the stage version live, its soundtrack has offered up new imaginings, new interpretations, and is probably one of the reasons I went ahead with reviving this blog as I did a few weeks ago.) I am looking forward to watching it again in a couple weeks. See, for me, it's like a relationship. Not that I'm an expert on doing those at all well. Spend time with a film and you get to know it better. You see its weaknesses and its strengths. You see it, warts and all, and if you can still love it... Well, then you are blessed, I suppose. Or, I am. Because I do that all the damn time. Like today, watching Alien: Covenant, I latched onto some flaws, then looked past them because the film worked. I got home (several hours later, after some work), and saw some ridiculous reviews on IMDb--if the message boards still existed there, I might've had some fun--the worst being the people who complain that characters make stupid decisions. I have no problem with that. Seriously, I have no fucking issue with characters making dumb decisions. As long as a) it feels like the character(s) might make such decisions, and b) it doesn't feel like the scriptwriter was 1) cheating to manipulate the film into a corner or 2) making stupid decisions himself. Characters do not have to make the right decisions. As long as their decisions fit their characterization... For example, in Alien: Covenant, Captain Oram (Billy Crudup) makes a series of stupid decisions in the middle of the film, but at that point, the film has already showed us that he is not the best at being in charge, and he is a religious man in a universe where, quite literally, belief in Christ as divine is misplaced (though that detail from Prometheus was left on the cutting room floor). One of the few explicitly competent characters is Tennessee (Danny McBride) and aside from flirting with bad choices when his wife is in danger he remains quite competent. The more explicit scripting problem with dumb decisions that was evident in Prometheus--the biologist being the one to immediately get to close to the potentially dangerous creature, the map maker getting lost after he has specifically been mapping the ship--is not as evident here. The bigger issue is actually a bit like one of the problems with Big Hero 6--the film doesn't take much time to give most of its characters depth. I mean, Demian Bichir was nominated for a frickin' Oscar just a handful of years ago--for a movie that most people didn't even see, mind you--and he's relegated to being one of the slasher-film-segment-of-the-Alien-film victims. The aforementioned Crudup plays a too-easily-trusting doofus pretty well. Michael Fassbender gets to play two different androids and, while a certain twist regarding them in the third act is rather obvious, he makes them unique and interesting. Like with Big Hero 6, there are some plotting issues, mostly in that the beats are a bit played, obvious, Hollywood cliches. But, as I said yesterday, I try to measure a film based on its own intentions. Not some idealized version of what I had hoped it would be. (That sort of measurement happens in my head, of course, but I try my best to move past it. I do not always succeed, of course.) Watch a film. Enjoy it for what it is. Then pick it apart best I can (whether in my head or in a rant on the Internet). But, picking it apart, tearing it down, doesn't mean I don't like it.

Except for Pretty Woman. That film can fuck right off. 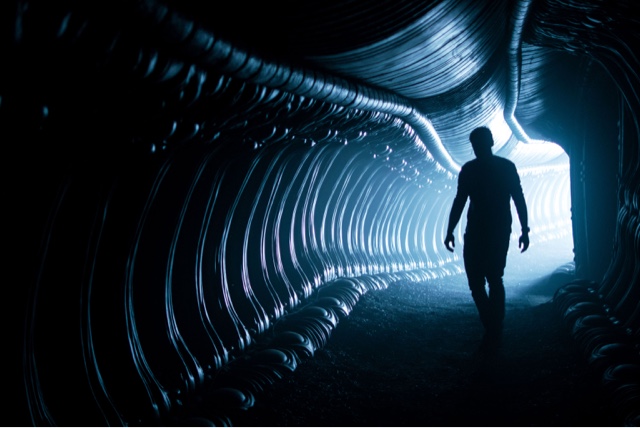