I found a clip of Kevin Smith reacting to Brigsby Bear last night. He laughed, he cried. Exclaim called it "awkward as all hell". I thought it was beautiful.

But, of course, the Internet is full of outspoken dicks and pickers of nits. Hell, I'm one of them.

(By the way, on my original review of Swiss Army Man last year (which has since been transferred from one YouTube channel to another, so the comment is gone), the first comment was a guy pointing out that I looked like I was about to cry near the end of it. No overt criticism, but just pointing it out without extra commentary suggests judgment. Like how dare anyone have an emotional response to a film?

I am watching Dave Made a Maze again as I think about this past year's films.

I thought about being awful and talking about the worst films of the year. This is the year of being awful, or yet another year of being awful. Awful is de rigueur these days. But, I want to be positive. Like yesterday, throwing out award-worthy movies next to seemingly random sequels and films of social import without much commentary on most of them, suggesting you go see them all. That, though, was too positive. 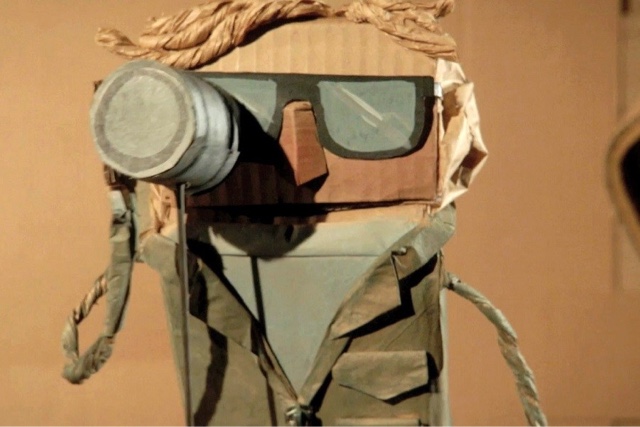 So, it being the last day of the year, I figured on a TOP TEN. The first ten films I scribbled on a list turned out to be a list of eleven films (in the order they were written, not in ranked order)--

--then, other films came to mind that should be in the running and things got out of hand.

Eventually, I settled on a TOP THIRTY, with the order randomized--

And, I thought I was done. I had already excluded It and The Glass Castle and Columbus. I hadn't even written down Detroit or The Disaster Artist or Darkest Hour or All the Money in the World. And, then I added It Comes at Night and The Florida Project and Dunkirk, and now my TOP TEN has more than thirty films on it and I don't dare try to rank them.

Officially, the Groundhog Day Project had to love Before I Fall (which doesn't even make my list), Happy Death Day and A Ghost Story because of the time loops integral to their plots. The movies I watched the most this year were Sing Street, Groundhog Day, and High Fidelity, none of which came out this year. Halloween and Dave Made a Maze each will get seven viewings (well, Dave Made a Maze will, if I watch it tomorrow, too, which I will, because then it's Groundhog Day the next day and back to the childhood deconstruction the day after that).

I calculated that, counting repeated viewings, I (will have) watched 410 movies this year. That includes a lot of old movies, a lot of new movies, and a whole lot of fun. A lot of sadness, too. I think I've made it clear that I do not watch movies just for joy and escapism. Some of the best movies are some of the hardest to watch.

The movies I rated the lowest that I saw in the theater this year were Geostorm and The Snowman, Beatriz at Dinner, 47 Meters Down, Wish Upon, The Emoji Movie, Pirates of the Caribbean: Dead Men Tell No Tales, and Split. My BOTTOM EIGHT.