"Love on the Rocks" is an interesting case. Jess sings it like its his love that's on the rocks, like his life is so bad. But, he's the one putting his relationships in danger. He leaves his wife behind to go play with the Four Brothers (he does invite her to come along but it feels like something he always does knowing that she will never go, like they are already on the verge of some separation). He leaves his wife to go to California. And, later, he leaves his new wife to wander the country and grow a beard.

Which is too bad, because "Love on the Rocks" is probably the only really good song he's got in The Jazz Singer.

Not that I haven't known all these songs since I was a kid and we might watch the movie or listen the soundtrack regularly. Hell, I even knew well enough to sing along the lyrics to "Kol Nidre" (the thing Jess sings when he returns to the synagogue). I also knew "Hava Nagila" but we performed that in music class at my school often. My school wasn't Jewish but we were a cult-like variation on seventh day Adventists so aping Jewish stuff was par for the course.

It's interesting that my religious mother liked this movie so much, as it moves about ten steps away from religion and tradition for the one step it makes back toward them.

And the protagonist leaves one wife for a career in music, and for a new woman, then leaves that career and that new woman (and unknowingly a son) to be an itinerant musician.

And Rivey actually seems like a pretty good wife. She supports Jess and his music, even though she doesn't seem to like it. When she sees the audience reaction to him, she lets him go, and she returns to New York (and exits the film entirely) because she is that good a person. But, Jess abandons her, shacks up with a shiksa, divorces the first wife, and it's like Rivey is all for it.

And, no matter how much Pop is against Jess' new life, against his shiksa bride, no matter that he disowns Jess and mourns him as if dead, in the end, Jess just had to come sing one Yom Kippur service and tell the guy he's got a grandson and all is well. This is not a good message for a kid like me, growing up going to church every Saturday, going to parochial school, and you know, damn all that, do what you want, follow your dreams. (Just, you know, come back and visit your parents from time to time.)

Also, offering your body to a guy (or, implicitly, a girl) to get them not to leave town is perfectly fine, and their spouse will laugh it off later.

This is what The Jazz Singer taught me. Do what you want because your parent(s) will forgive you later anyway. 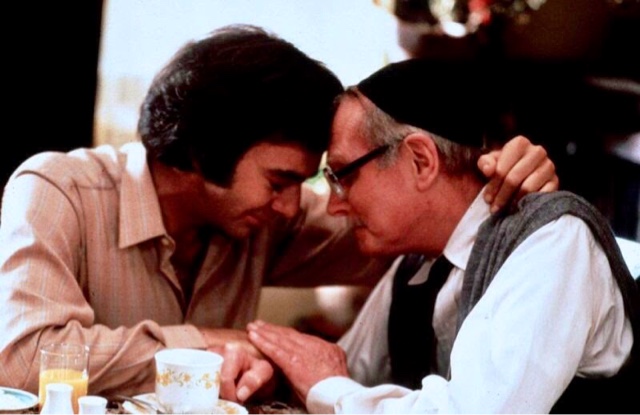