I begin today's entry from the Student Center on Eastern Michigan University's campus. The first of two Final rounds is going on and I've got a break before the second. I've watched about half an hour of Groundhog Day so far today but wanted to write at least something from the campus... I have watched the movie now in... Well, I actually don't know how many states. If you count airspace, that is; I'd have to look up the flight paths from Los Angeles to Dallas and Dallas to Detroit, and Chicago to San Francisco, San Francisco to Los Angeles. I've watched the movie in Michigan, in Illinois, in Arizona, Nevada, and Utah. And, of course, California. I've watched the movie on the campuses of California State University Los Angeles, the University of Utah in Salt Lake City, and now Eastern Michigan University. I've watched it in three different planes, in a van, in two hotels, sitting by a campfire, in the snow, and by a pond. Right side up and sideways (it's a thing, when I'm in bed). On the TV, the iPad, the iPod, the big screen. With sound and without. With subtitles and without. With commentary and without... I think I want to watch the movie with different audio tracks; the DVD has several foreign-language tracks. Whenever I finally get the time again to finish cutting the scenes apart I will also watch it in reverse order, just because.

I'd even watch it with green eggs and ham... if I weren't a vegetarian.

As I said yesterday, Groundhog Day is a part of me, now. A fixture in my memory, my being and my life story. This is the year I watched Groundhog Day every day and blogged about it. This project is 72% done.

It is now several hours later. Sitting in the hotel, going to watch the last bit of Groundhog Day and go to bed soon. Flying home in the morning. In the meantime, I looked up some flight path information. From Chicago (ORD) to San Francisco (SFO), I watched Groundhog Day and then Enough Said, so Groundhog Day probably ran while I was over Illinois, Iowa and Nebraska, probably not over Wyoming or Colorado. 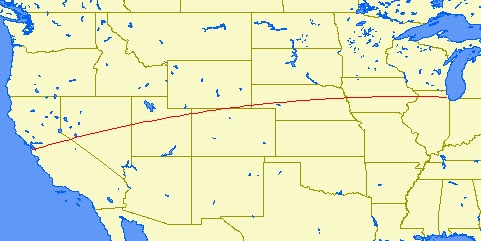 Dallas (DFW) to Detroit (DTW), Groundhog Day ran the entire time we were at cruising altitude, so that was over Texas, Oklahoma, Arkansas, Missouri, Indiana and Michigan. 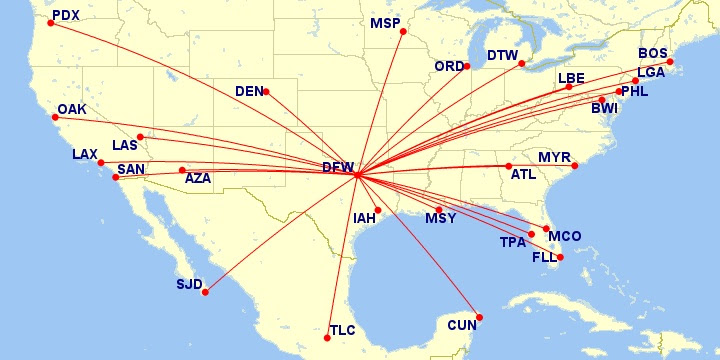 Tomorrow, I think I'll watch Groundhog Day on the second leg of our trip home, Dallas to Los Angeles, so I can add New Mexico to the list. That will make fourteen states. I don't think I will manage any more before the project is complete. I still like my documentary idea that would involve screening the movie in all 50 states, but I don't know a thing about making that actually happen.

I would like to show the movie to some more people who haven't seen it. I learned today that Tracey, one of the students I brought to Michigan, not only hadn't seen the movie but didn't even realize it was a movie and thought "Groundhog Day" was something I made up.