is this what you do with eternity?

I won't post details just yet, but I thought this was worth sharing before I get into today's thing. Yesterday, now that I had finished critiquing and nitpicking, and occasionally insulting, Benesh, I sent her a message online. And, she messaged me back. But, that is all I will share for now (she'd only read the latest couple posts regarding her dissertation, as far as I could tell from our second round of messages). 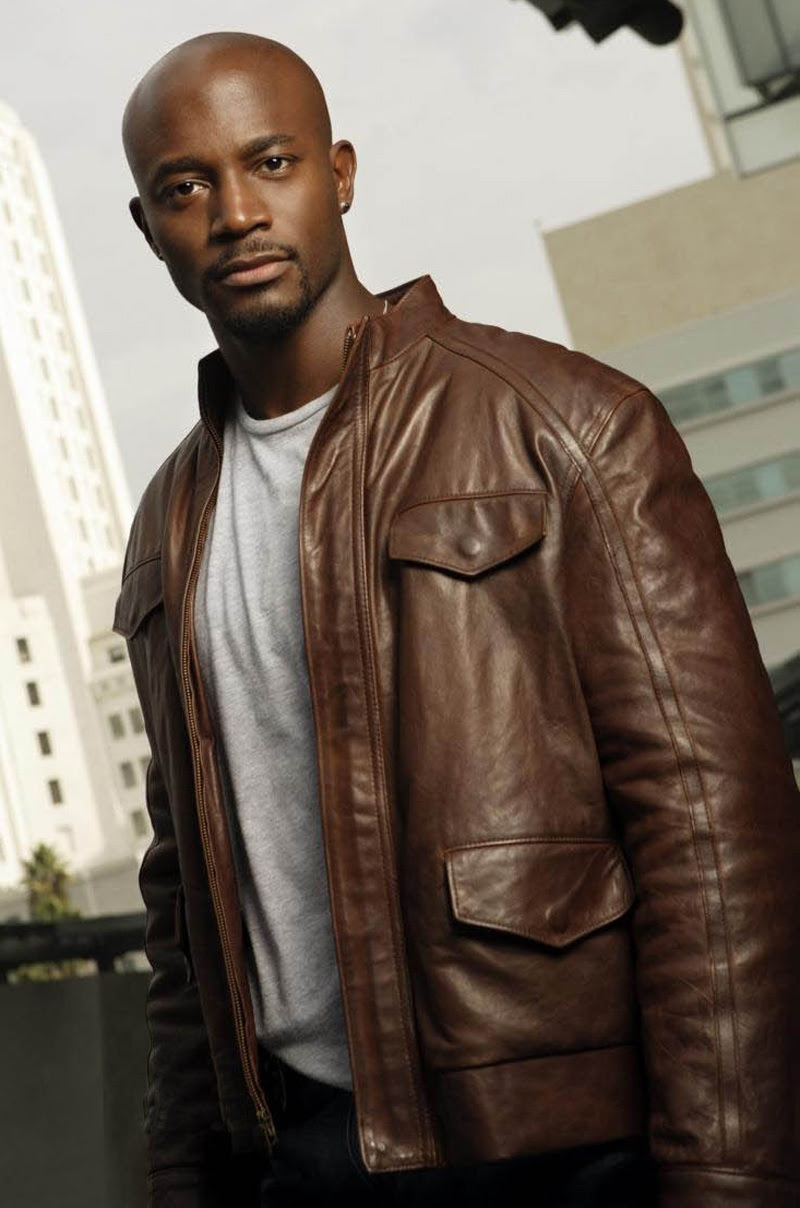 Episode 9: "What if they're connected?"

Episode begins with Detective Choi at Garza's house. On the one hand, it is not particularly jarring to have Hopper-less scenes, but on the other hand, given the premise, there is no real logical sense to including them except to avoid some exposition later to cover their contents.

The writers of individual episodes should pay better attention. Last episode, Rita suggested Hopper has not told his sister or mother about their relationship. This episode she offers to answer his phone when Jen is calling. Also, like Hopper's lame notes a couple episode ago, he still had Jen bring him the photo from the old case, which he takes out and looks at, because, obviously he can't remember it from numerous previous resumptions.

Hopper tells Andrea that Booth got the dead girl pregnant--to be fair, he doesn't actually know that.

A lot of Hopper-less scenes as Choi investigates the stakeout guys (with info from Jen), Chad goes to the Disciples, and Andrea checks out the Garza crime scene--where she runs into Booth...

I actually was halfway through this episode when I finished my mini-marathon yesterday. Jumping back in where I was today, I feel like I missed something. I guess that's life, though. I will not back up to rewatch something to figure out where this new character Torres just got introduced. He's a drug dealer (actually, might be a gun runner), working with Councilman Booth, and Damian calls him a traitor to the Latin Disciples...

I'm actually wondering right now if I just accidentally skipped to the middle of the next episode. Just checked, and no, I am still in the same episode. Life--and Day Break works like that sometimes, I guess. New people show up--you meet them while eating at the Tip Top Cafe, say--and suddenly that person is the most important person in your life. Romantic relationships are like that, I know. I've never had to deal with gun runner with ties to local gangs and local politicians, but maybe that sort of guy would take on some importance in my day-to-day if I did.

Choi just met with one of the stakeout guys in a bar--stupid move--and got strangled by the other one. He should have been more wary of new people in his life.

The problem with Hopper-less scenes becoming more common lately: Hopper just had a flashback to a scene he was not present for. I'm pretty sure he should not have even recognized that van just now, let alone recognized it from that particular scene.

Meanwhile, because I don't want to just recap every little detail, Hopper's got a standoff going with the skinheads, Buchalter and Fencik (the stakeout guys have names now), and Torres, and they've got Choi tied to a chair. Andrea and SWAT show up just in time...and for a moment I thought they would forget to arrest Hopper as well as everyone else.

And, Hopper finally decides to go to Pelican Bay to see Miguel Dominguez in prison. Took him long enough.

Rita gets a suspicious phone call while driving Hopper to the airport. I'm not sure if I just don't trust her or if I actually remember from when I saw this originally that she's actually not to be trusted. At least she isn't a robot like Rita Hanson.

Hopper-less scene with the stakeout guys.

Takes three days (flying up to San Francisco) to find out Dominguez is not in his cell. The big conspiracy uses El Lloron (Dominguez) as their hired killer and he's got the perfect alibi--he's in prison. Hopper goes with Damian to see Torres.

Hopper-less scene with Andrea, then back to Hopper, Damian and Torres. Doesn't end well.

Funny bit. Hopper says to himself while on the phone with Andrea that he's got to go back tomorrow and get the gun. She's confused, obviously. He adds, "Gotta stop doing that." He's right. He should stop talking out loud about what he's got to do; actually, this show could really do with some voiceover from Hopper, just a line here and there, and we wouldn't need some of these bits of exposition or weird comments about doing stuff tomorrow (even though this one was funny).

But, I was talking, somewhere up above--this blog entry had a gap between episodes so it was several hours ago--about new people in life. For me, at least, if the first impression is interesting, I try to figure out more for sure. I mean, it's clever how Phil has that brief conversation with Nancy and leaves the trickery for the next day, but how does he know he couldn't get Nancy to go out with him right then? And, where did he have to go that was so important? Me--had I gotten past my usual insecurities--I would have rather actually talked to her then, even if it didn't amount to something the next day. Realistically--since I don't usually get past my insecurities--I'd probably take an interest and do nothing about it. But, someone I actually interacted with--not a romantic interest--I'd try to figure them out. Probably from a distance. Nowadays, with facebook and whatnot, you can learn a lot about a person in a matter of minutes. Back in '93 when Phil was in Punxsutawney, it wouldn't have been so easy.

Figuring people out isn't the point, though. Knowing stuff about new people, letting new people into your life--it changes you as well.

Meanwhile, Hopper has found Dominguez' sister, who was Torres' contact for getting in touch with him. Problem: Hopper found her because of an address in Torres' wallet, but she's apparently been the contact for a while, so why would Torres have her address on him? Plot convenience, I suppose.

The ending of this episode is a bit too clean (especially since there are 3 episodes left), the police have Dominguez, they've got Buchalter and Fencik, they've got Booth's and Torres' names, Hopper is off the hook. Hopper's about to watch the sunrise with Rita, then flashes, and the next resumption. Alarm clock, pigeon, garbage truck. Traffic report on the TV. The markers are back.

Opening monologue ends with Hopper wondering if anything he does really matters? Time to finally get existential about all this? Doubtful.

Day 1. He tries to solve everything with a series of phone calls, telling various people what they need to know. Nice idea. But, Hopper doesn't seem to care about much anymore.

Cheesy but meaningful line, Hopper to Rita: "In ten years what are you gonna remember, a day of doing the same old thing, or a day of getting crazy with me?" They go to Vegas.

Hopper places a bet on the Dodger game so they can pay $5000 for the best suite. Hopper asks Rita where she wants to go, anywhere in the world. She says Mexico. Next resumption, where do they go? Mexico. And the next resumption. And the next. And there's a montage of days in Mexico, Hopper getting a different drink each time. Then, it's Hopper's new "god day." He calls a surfer tripping in the sand, the waitress having left her curling iron on at home, he catches a frisbee he doesn't even see coming and the line the guy who threw it says when he comes to retrieve it. This is their 12th day in Mexico. He's just "pretending" he's having fun now, and Rita points out that there are people in LA who need him. Conversation ends with him telling her it won't matter because tomorrow she won't even remember this conversation. Her response: "Wanna bet?"

Day 15. She gets out of bed before him for a change, weird look on her face. She leaves while he's in the bathroom and the cops show up. Hopper gets away by getting into Buchalter and Fencik's car and pulling a gun on them.

Hopper-less scene, Rita's with Chad. Billy (who?) calls because "someone found the body."

Buchalter's about to shoot Hopper, and Hippo (background cop, maybe had one line so far--he was one of the "friends" of Hopper's father, the guy who said Hopper was on the right track with the girl)) shoots Buchalter and Fencik. Takes him to Uncle Nick (knew there was more to his presence).

Chad's partner follows Andrea and the cops arrest Hopper for killing Garza and for killing Chad and Rita. Interesting.

Hopper leads cops to the dead body in the apartment above his... it isn't there. Uncle Nick apparently told Booth everything Hopper told him. He makes an offer, Hopper does his time, seven years, and they'll leave him alone. And, Uncle Nick knows something about Rita.

New bit of on-the-nose dialogue, Rita to Hopper: "You're not the guy I went to sleep with last night." Well, yeah, he's been through several stressful weeks now.

Hopper-less scene, Uncle Nick and Damian. Nick's going to talk to the guy above Booth (and I do not remember who that is).

But, now Groundhog Day is on. The last two episode of Day Break will have to wait.

I think I'll just watch it and enjoy.

Today's reason to repeat a day forever (prompted by something Saer just said): to try out jail, because I will be out again when morning comes.