How happy is the blameless Vestal's lot
The world forgetting, by the world forgot
Eternal sunshine of the spotless mind
Each prayer accepted, and each wish resign'd

On a plane right now as I write this, Los Angeles to Dallas, then Dallas to Detroit. It occurs to me that flights are very repetitive. Details are different--a bigger plane might have personal TV screens in the backs of the seats, for example--but so much is the same. I wonder if businessmen and businesswomen, traveling regularly, lose track of time. Hell, I wonder if their bodies lose track of time, like they age differently because of all those travel miles, all that time spent at high altitude.

I made a new connection last night. In Groundhog Day, Phil wakes up every morning in dark blue pajamas. In another one of my favorite films, Eternal Sunshine of the Spotless Mind, Joel Barish wears pajamas that are quite similar the night his memories are erased. The screenplay refers to them simply as "fresh pajamas" (Kaufman, 2004, p. 40). But, someone made the decision for them to be blue, for them to be that shade of blue. Or, if no one did, I will choose here to subscribe to something Benesh told me in one of her recent messages: "there are no accidents." She was referring the presence of the COPIES sign by Ned's Corner, but the point stands anyway.

And, it's like all of us doomed to repeat so many things in our lives, trivial and not so trivial. Each day begins much the same, middles much the same, and ends much the same. There are variations, just like Phil finds (and creates) variations in his day, but so much is just the same shit, different day. Gotta get up by 7, get to work by 8, eat breakfast, maybe stop for coffee, work work work, keep busy, busy, busy (as a Bokononist might say), get some lunch, work some more, then head home to the wife and kids, or the dog, or the empty apartment bereft of hope, the world forgetting, by the world forgot. Dinner with the family, dinner alone, a dinner date--variations on a theme. Rinse and repeat.

If you're lucky, all this resumption and repetition gets some momentum toward a pleasant end. And, I don't mean your death. I mean your life, fulfilled, fulfilling, meaningful more than wasted, so the monotonous moments blur more easily together to make way in your memory for the happy moments, the thrilling moments, time with those you care about, time with those who care about you. Time doing what you want to do more than what you have to do (or maybe finding something that happens to make those two things one and the same).

We don't all want career, love, marriage, children. We certainly don't all want them in that order (to be fair, Rita might not be listing those things by order of importance in that scene). But, there are fundamental truths in how she boils it down. We could all do with a career, or a pasttime, that makes us more whole, makes us feel like we're contributing something to the world around us. Even a guy who tries to tear down the world around him does it because he hopes the world that results after is something better than what he's seeing in the present... or I'd like to think so, anyway (and barring insanity, I suppose, but that just makes for a different way of seeing, not necessarily a different way of wanting). We all want to do things that we enjoy, or things we can put up with while we mark the moments between joys. We all want to be able to pass our time intrigued and interested in what surrounds us.

And, we want to share that with someone else as well. The human is a social animal, as clichéd as that might sound. Even in our most misanthropic moments, we surely long for someone as misanthropic as us to share it, to fuel our rants about what's wrong with everybody else, what's wrong with the world, how this thing or that thing is ruining it all. I heard recently--it might have been something Stephen Tobolowsky mentioned at the Festival of Books actually--that the reason a break up hurts is because while you are with someone, you become someone else, a new version of your self. There's some core being, sure, but your personality is shaped by those around you and the more someone is around you, a lover, a spouse, a best friend, family, the more that person shapes who you are, who you become, and the more you do the same for them. Charlie Kaufman notes (in the interview in the back of the published version of the screenplay for Eternal Sunshine of the Spotless Mind), "Almost everything you see about Clementine [in the film] is Joel, really" (p. 135). That rings true to me. So much of who our lover is, who our kids are, who our friends are--it's just a facet of our self we project out into the world and they fill a niche within it. We create our impressions, and much of it is fueled more by our subjectivity than anything even remotely objective. "For the most part," Kaufman says, "you're constructing the person" (stress mine).

Phil, in a way, does just that, deliberately, in Groundhog Day. He also, obviously, does quite the opposite, deliberately reshaping his self to fit a mold he thinks Rita has for her perfect guy. The problem, really, is that no matter how much Rita can tell him (on purpose or in passing) about her perfect guy, maybe she doesn't really know who her perfect guy is. Maybe she just thinks she knows. And, Phil squeezing and stretching his self to fit into that role and her still rejecting him may be more of a critique of Rita's wants than Phil's actions.

It doesn't have to be marriage, though. I'm not sure I believe that we all have to have that kind of love, that we need a mate and a marriage (legally bound or just de facto). But, I do believe we all need and want some sort of love. We want to receive it, we want to give it, we want to make connections with the people around us, if for no other reason, just to prove we're human ourselves, that we belong somewhere. Whether we look to Maslow or Glasser, one of our basic drives seems to be a need for a sense of belonging.

But, what about the children thing? On the one hand it seems innate, the need to procreate. A species that doesn't have that need (or at least an urge to mate) wouldn't survive, so it's safe to say every species on this planet "wants" to procreate. I put wants in quotation marks, though, because I don't want to imply a conscious effort. Even with people, I don't know if it has to be a conscious effort. Hell, we can make a conscious effort not to have kids. But, in a way, having children is a little like the other wants Rita espouses; we want to know that it mattered that we existed when it comes time for us to shuffle off this mortal coil, to not be forgotten by the world. That's why mind-numbing jobs are so horrible; pushing papers as they say, never feels like something that matters. We want to matter. If we can't get a career that does something good for the world, then we can fall back to having kids and supporting them, raising them up to have a better chance than we did at finding that way to make a mark. 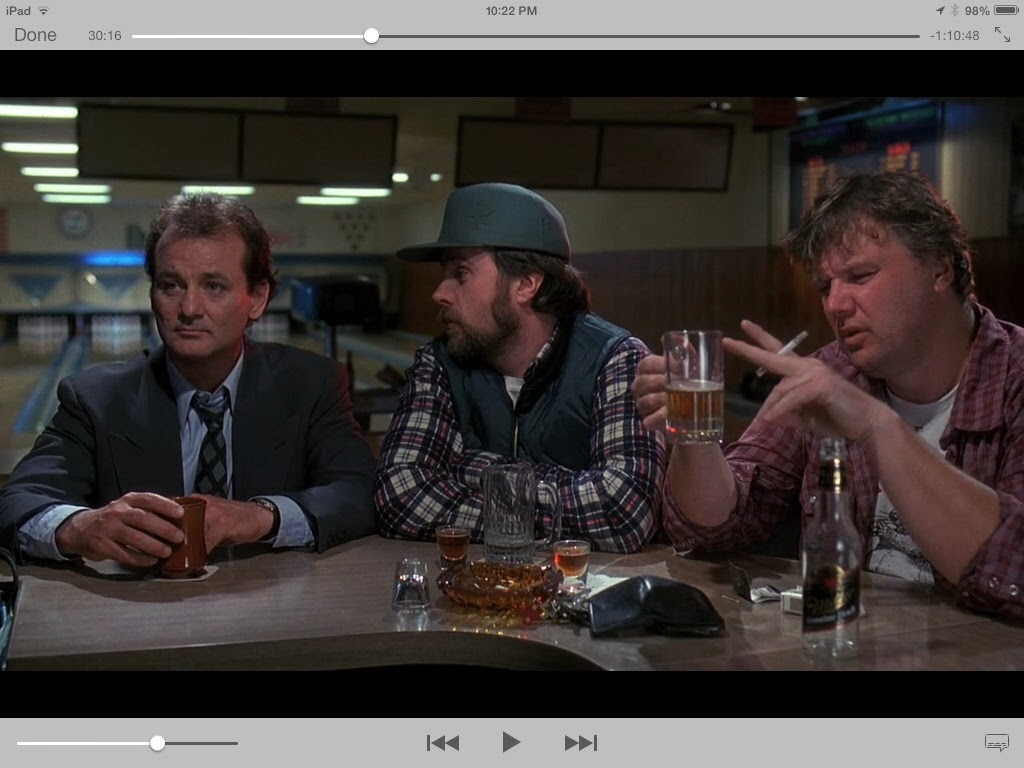 Today's reason to repeat a day forever: to give my wants a break for a while, see what happens. Then, to get what I want, everything I can think of wanting, try everything, do everything, and sort it all out for that perfect time loop exit day. Then to live.