(This month is a little different than usual. Instead of four movies for a week each, I've got 10 movies recommended by other people--family, friends, regular readers--three days each.)

This movie is like a live action cartoon. Which makes sense, considering it's a live action film based on a cartoon. By the way, it's Speed Racer. And, I have seen so many episodes of the show--not that the individual episodes were all that unique; the closeups and the blurred lines for a background--that is very much my memory of the show.

I didn't see this movie in the theater. It was #3 its opening weekend. #1 was Iron Man starting its second week. I saw that one opening weekend. I'm trying to remember what I was doing spring 2008 that I wasn't seen a lot of movies. Seriously, out of the top 20 movies that weekend, I only saw 3 of them in the theater (the aforementioned Iron Man, The Visitor and Dr. Seuss' Horton Hear's a Who. I'd eventually watch on cable or video Foorgetting Sarah Marshall, Harold and Kumar Escape from Guantanamo Bay and 88 Minutes but that's still just 6 out of 20 that I've seen... at all. Expand out to the top 40, and I could add Son of Rambow (video), The Counterfeiters (theater) and National Treasure: Book of Secrets (video).

I had just returned to school is what was up. Dropped out the first time in college. I returned to school January 2008. We were also dealing with adoption stuff--I specifically remember reading for my History 117 (Spring 2008) while sitting in the waiting area at the courthouse. Here's Speed, trying to figure out his family's future, and I was doing the same in reality at the time. I'd call it poetic but that would be lame.

So. Much. Color. And they are so vibrant. Reminds me of Pushing Daisies. The unrealistically complex race tracks remind me of the Star Wars podracing game I had on my Nintendo 64. 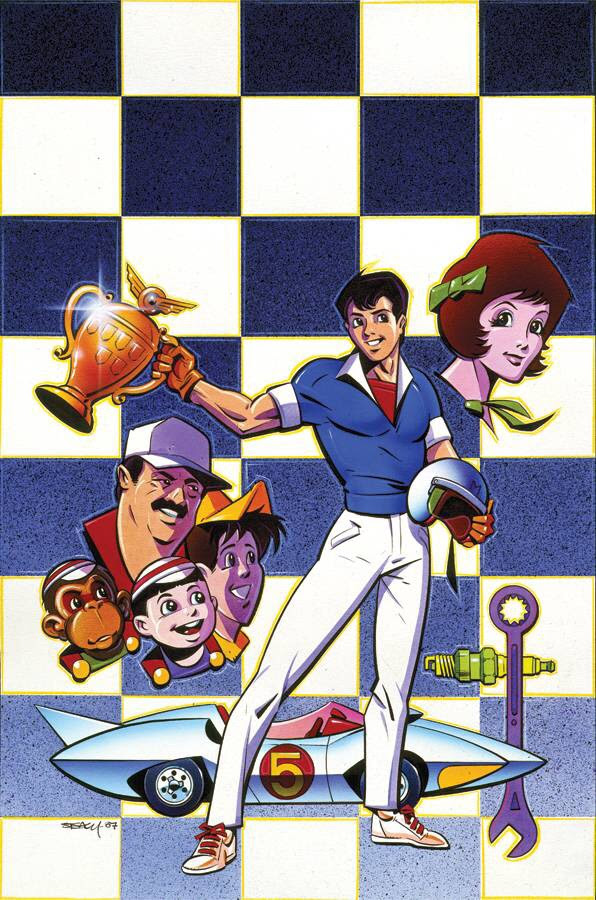 Day one with a movie I've never seen, not a lot to say. The movie is over-the-top ridiculous in its visuals but pretty straightforward in its plot. It's basically a sports movie with all that entails. Specifically, it's a David and Goliath kind of sports movie, big corporate team versus the little guy and the little guy wins based on sheer skill.