do not deliver me into the enemy's hands

(This month, I'm doing things a little differently; I will be watching 10 films--each recommended by someone else, each one for three days. A risk I took by taking recommendations was watching a movie that I have not seen--yes, there are movies I have not seen. In this case, I have never seen today's film all the way through. I've seen parts of it before, but never the entirety... so today's entry may be fairly brief as I will be paying, perhaps, more attention than usual.)

Right up front, this film is clearly not American. I mean, aside from it being a production of British Lion. The writer gets his name over the title. That just doesn't happen here. If any name is offered ownership over the film via an apostrophe and an S, it's the director, or the author of an original source (like Baz Luhrmann's William Shakespeare's Romeo + Juliet). I had to doublecheck because Anthony Shaffer is a playwright, but he didn't write a play of Wicker Man until six years after the film. We don't value screenwriters much here, unless they also direct or have a distinct authorial style (which, come to think of it, doesn't happen much with writers who are not also directing).

I figure when you come across an island under the charge of Saruman--even if your are The Equalizer, you should probably just back off.

(By the way, had I realized this film was set at the end of April going into May Day, I would have saved it for the end of the month.)

Speaking of Saruman, the use of music and song in this film reminds me of The Hobbit. The book, though the first film in Jackson's trilogy did include a couple songs.

There's a great visual--which I will not use here--at the start of Willow's song and dance sequence. Her shadow behind her resembles something more like a Catholic nun than the naked heathen Willow actually is. It's an interesting juxtaposition when paired with her naked dance. 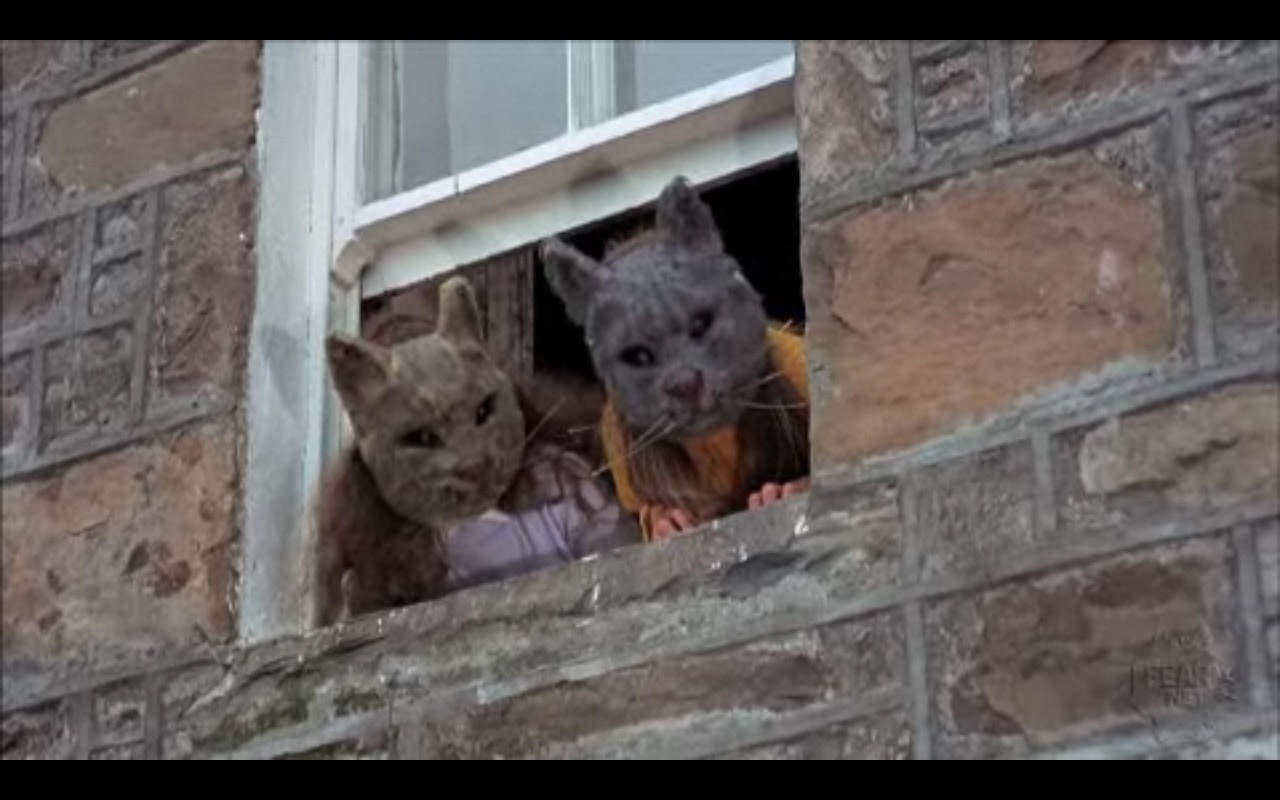 It's interesting, considering my entry the other day about free will, that--oh, SPOILERS AHEAD--Howie was manipulated so readily by everyone he met on Summerisle.

There is certainly room for discussion about religion, at least. But, it is late and I am tired.