everybody's worth as much as everybody else

Though it is day three with After the Dark (AKA The Philosophers), I don't think I have much to say about the film as a film. It's shot well enough, the acting is good for such large cast, some with only a few lines to work with. A warning going in: if you don't like Sophie Lowe's whispering in the opening scene, you should know that she continues to talk like that. Though she tells him to be quiet, ostensibly because someone is in the house with them--he assures her that they know she's there--she is not actually whispering to be quiet; that's just her voice. She will continue to talk like that and will not have many facial expressions either. Somehow, it kind of works for her character. A big problem this film has, generally, with its cast is some of the lesser (meaning, less screen time) characters have more personality than the leads--Petra, Mr. Zimit (James D'Arcy) and James (Rhys Wakefield). Freddie Stroma's Jack, for example, is more expressive with only a handful of lines than just about anyone in the film.

As for the production, it looks nice--apparently at the potential expense of the cast and crew's safety while filming near Mount Broma. All five major locations--the schoolroom, the bunker, Prambanan, Mount Broma and the island are all beautiful locations that I'm sure many a filmmaker would love to shoot. I'm not sure how Huddles managed it when he had only previously been involved with a couple films I've never heard of. His original concept--to combine a thriller and a thinking film:

[D]uring an old-school atomic apocalypse, a group of high-school seniors would be forced to make brutal choices about their fate and the fate of their friends, using philosophy and logic not academically but as actual tools to decide who lives and who dies. Thrills + thoughts. (Huddles, 2014, February 14)

That is a) not what the film is, but b) definitely what the film wants to feel like. I've already written about the Identity problem--that the fictional nature of the setup in the bunkers detracts from the drama when the film can only succeed if we care about that part of the story--the bunker scenarios take up most of the film.

But, I thought I had little more to say about the film itself, so I wanted to get into the bunker scenario directly. So, here are the original roles offered up:

The movie is not actually playing right now--having some wi-fi issues so I can only do one screen--so I'm going by memory on a lot of this. I think Georgina (orthopedic surgeon) is the first to justify her inclusion, though Petra (structural engineer) and James (organic farmer) have already been de facto included. They also take Chips (carpenter), Jack (PhD in chemistry), Bonnie (soldier), Andy (electrician), Vivian (zoologist), Osmosede (senator), Kavi (real estate agent) and Mr. Zimit (wild card). Upon announcing he's a poet, Toby is shot in the head by Mr. Zimit (in the fantasy, not in reality). They want the electrician not for the obvious reason, in case anything goes wrong inside the bunker, but (Jack mentions later) to get "the grid" working later; that is, so they can have electricity after the year in the bunker. This seems silly to me. They are ten people--though Mr. Zimit has established 1,000 bunkers like this for a hypothetical human population of 10,000 individuals, there is no reason why these small populations should immediately go in search of one another (unless the locations are mapped ahead and they know where to go)--and a population of ten people does not need electricity. They do not need a structural engineer for that matter. I think the soldier and zoologist were only included to have more women because Mr. Zimit says reproduction is the most important thing after the bunker. (In iteration two, of course, the goal is to have a successful pregnancy before even leaving the bunker.) I suppose the chemistry PhD is useful for future reproduction as well--that kind of intelligence and ambition will be good for the gene pool. They keep the soldier because she can maintain order and the senator because she can lead. A group of ten people should not need such a leader or such order. The psychotherapist, on the other hand, could help them all deal with their situation. Aside from the farmer and maybe the surgeon and maybe the carpenter, none of these seems mandatory. Hell, depending on how bad the destruction is expected to be, I'm not sure if the farmer will be able to do anything that nature cannot manage on its own--ten people do not need a farm. I'm not sure if the carpenter serves much purpose unless every building other than the bunker(s) has been destroyed. If there is vegetation anywhere nearby, the group could still live in the bunker and forage for food. Personally, since I'm American, I would prefer the U.S. senator were left out of the mix--she's probably a lawyer and just as capable of being dishonest as leading. Senators are not, in fact, supposed to lead; they are supposed to represent the interests of their constituents. The soldier--if that is all the information I get, I'm not sure I need her except inasmuch as, yes, females are important for survival beyond the bunker. They leave out the astronaut because they won't be sending anyone into space anytime soon, as if astronauts are only good for that; astronauts tend to be fairly intelligent, often have degrees to rival that PhD in chemistry or that structural engineer, and they would probably be physically fit.

Second iteration, secondary traits are included. Keep in mind, they are supposed to get reproduction underway before the year in the bunker is up. (And, no, I didn't get this list from memory. I bookmarked a list someone else made.)

Given the task of procreating--and going logical--I'd make sure females outnumber males. James being gay (and, as it turns out, Jack being gay as well because other than the traits on paper they retain their real-life traits) is irrelevant. If he's really going to have trouble having sex with multiple women for a year we'll include the psychotherapist--despite her inability to have a child--to help him work through it... and make the other men have sex with him, too, to keep things fair. It will be a hippie commune free-for-all. Can't risk ebola so the surgeon is out--we can figure out how to set bones like humans once had to. The carpenter is sterile and we can live out of the bunker rather than rebuild right away anyway, so he's out. If this is really about repopulating, rebuilding society, I'd prefer to make it anew, include the poet instead of the engineer, definitely include the opera singer. In fact, she can teach everyone new languages so we have something to do in the bunker. Realistically, she doesn't know she will have cancer; nor do we. But, even if we did, we have three years of her voice and her tongues, plus she can still bear children and I have not heard of a prevalence for throat cancer necessarily being genetic. Keep the wine auctioneer with her 200 IQ. Intelligence is a must for our new society. Keep the housekeeper, but not for the reason Osmosede suggests--that any society needs a working class and Nelson the housekeeper represents that. We take him because he's nice. We don't need a working class if we are ten individuals. We will all do our part.

In the movie, they choose the hedge fund manager for the second iteration because of her jewels and gold. We do not need this any more than we need a working class. However, her diamonds might be useful for getting out of the bunker... which brings me back to Mr. Zimit.

Leave him out. Don't care if he's got the code. We've got a year to figure out how to manufacture some explosives to get out if we need to. We've got a certified genius. And, maybe a fucking astronaut. She's sure to know something about fuel. 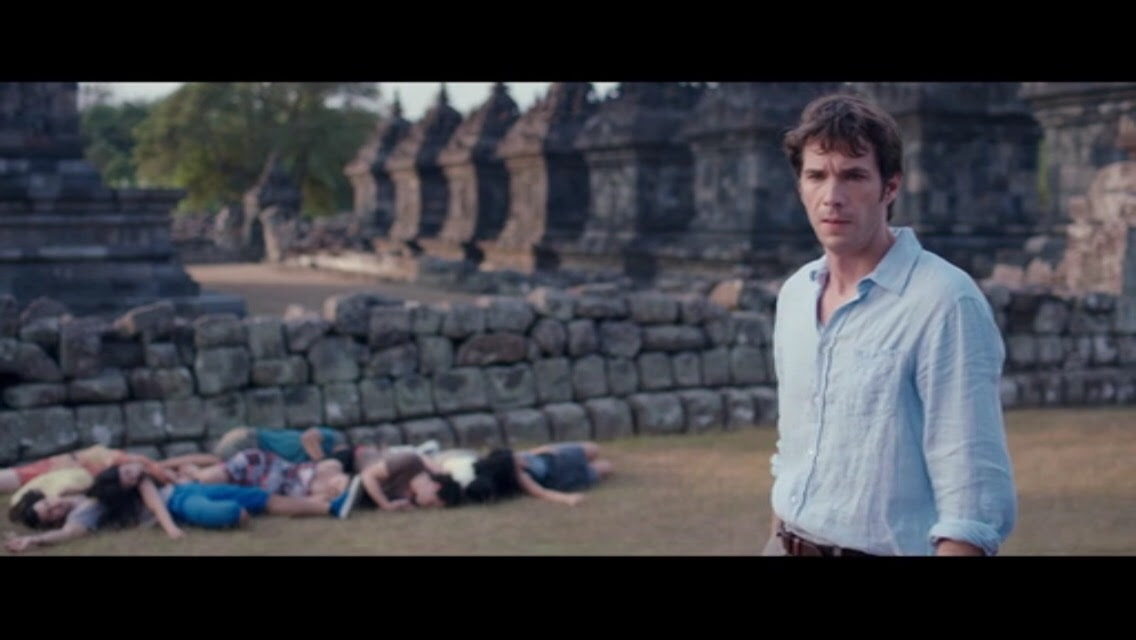 Anyway, After the Dark is simplistic, but it's okay that characters make stupid choices, sometimes for stupid or offensive reasons. They are, after all, human. Mr. Zimit's problem is not that he values logic, it's that he apparently values nothing else.