no one but the pure in heart

I'd like to comment on the symbol Klytus wears (and that is on the wall here and there in Ming's palace in Mingo City)--like the Masonic symbol: 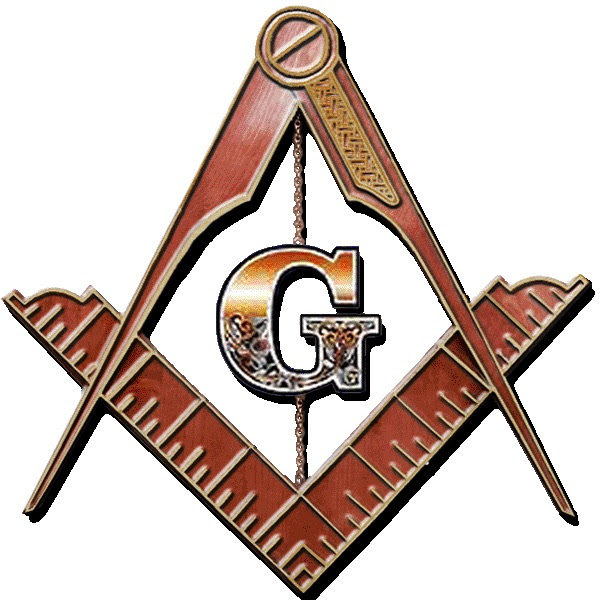 There's probably something there, with Ming and Klytus not only representing a foreign (alien) menace but a subversive secret society (also probably something to Klytus being a bit effete), but there's something more important to talk about since this is my last day with Flash Gordon. (This 3-days-only system leaves very little room for rambling.)

(I'd also like to write something about how Ming basically created the various tribes of Mongo as they are. He gave the Leonans of Ardentia their claws and fangs. He gave the Coralians their fins and gills. He gave the Avions their wings, the lizardmen (not sure what they're properly called) their scales. He is effectively a god, which could put a religious angle on the film.)

I'm more concerned with an old standby--gender. And, I don't mean to diminish the topic by calling it an old standby. But, it does tend to be an issue with just about every movie. I believe I've said before that every movie tells us something about the current (at the time) understanding of gender roles.

Dale is taken with Flash... well, I wouldn't say immediately. But, as soon as they're on Mongo and he dares look at Aura, Dale is jealous. Petty. Aura, of course, is showing a lot more flesh than Dale is. 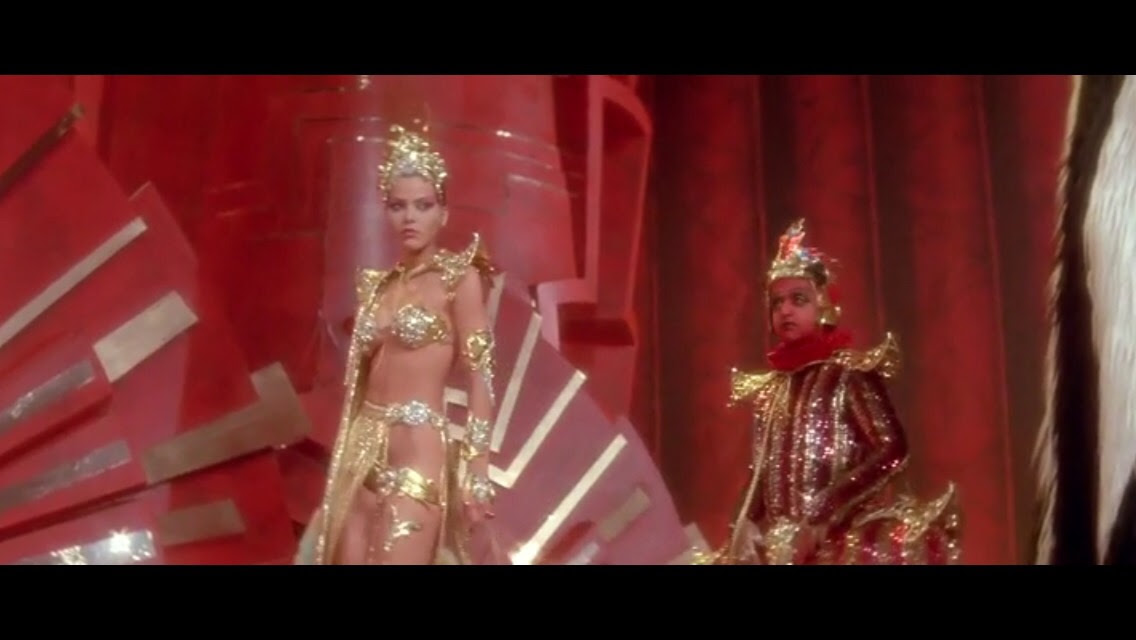 None of the women of Mongo wear much, actually. 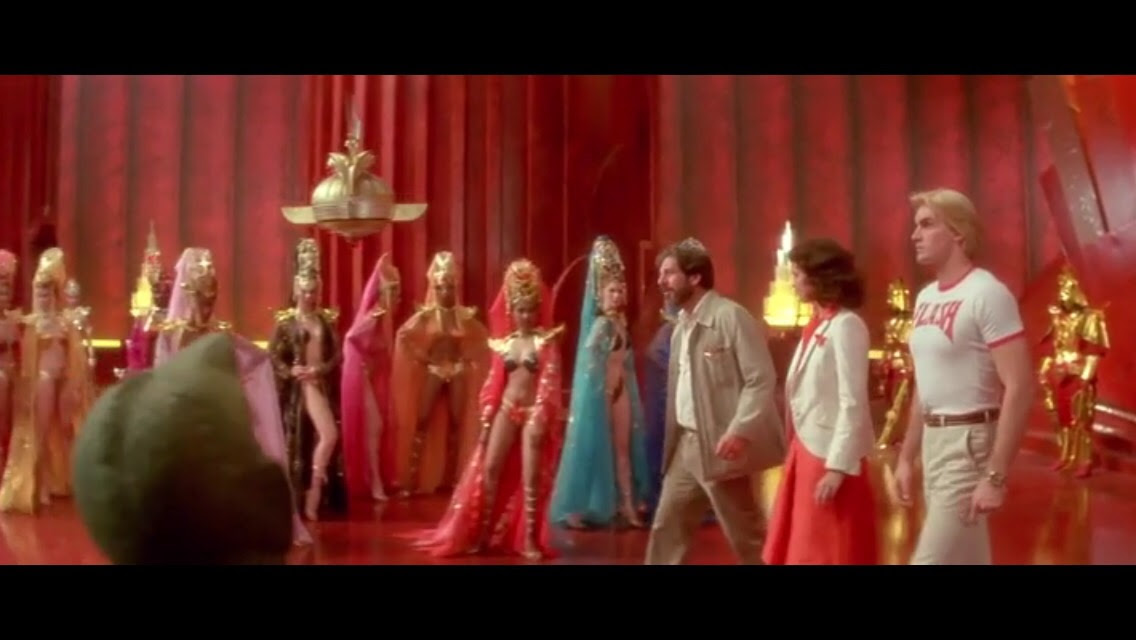 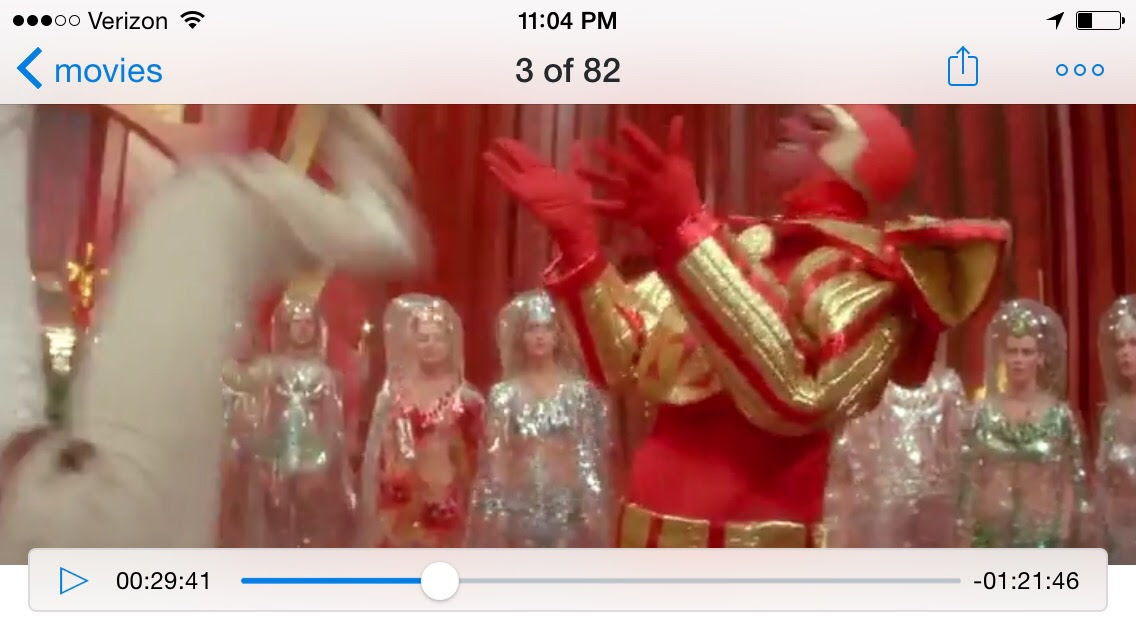 (Except the Avion women; they wear dresses down to their feet while the Avion men show off a lot of skin in addition to their wings.)

We could assume this is the way of things on Mongo, another sign that things are wrong under Ming's rule (similarly, the existence of Ming's harem), except... Dale, while wearing more, is the one sexualized, or sensualized, by Ming. 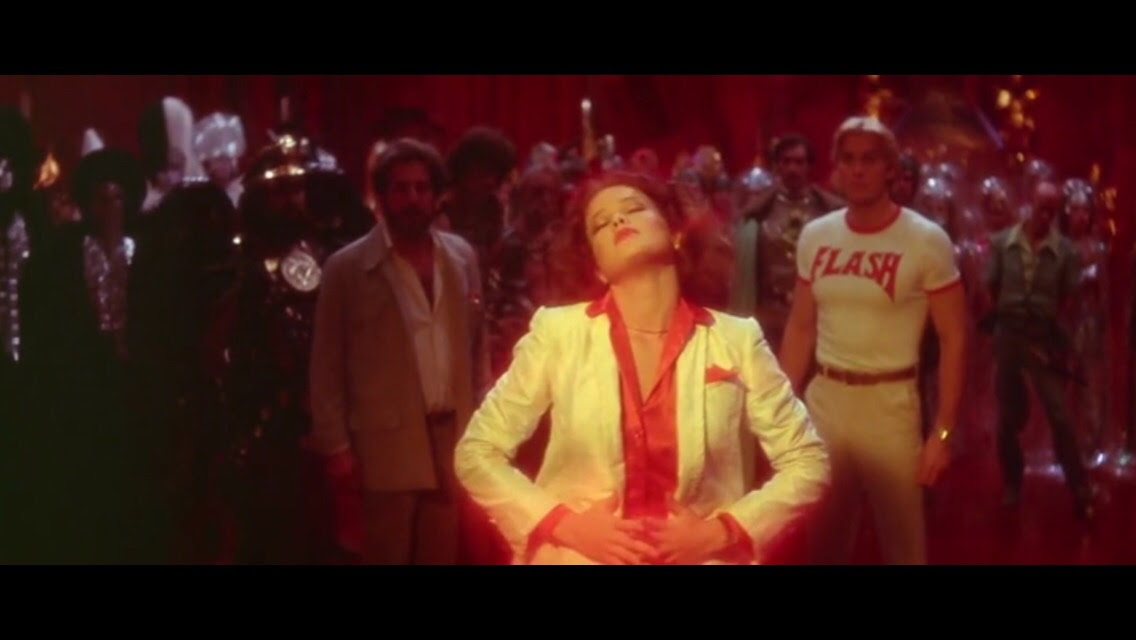 Plus, she takes on the role of cheerleader when the "football game" gets going. 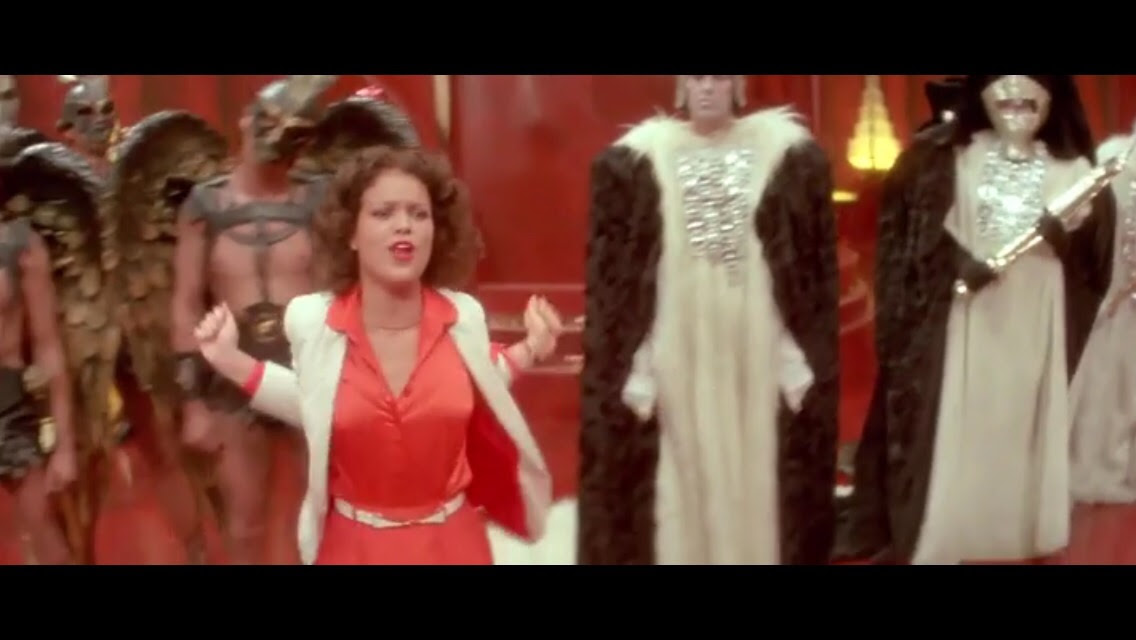 When Flash is executed, Dale faints. 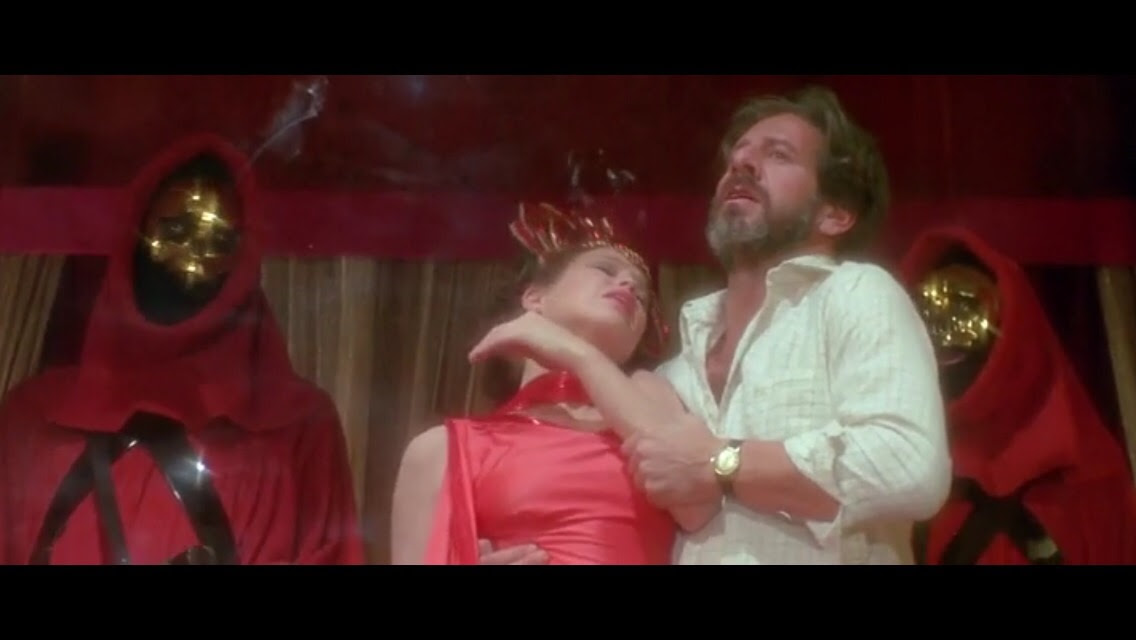 Meanwhile, Aura had a secret weekend getaway with the doctor so he does what she wants. She's got something going on with Barin, so he does what she wants. She brought Flash back from the dead, so he does what she wants. And, we end up in Arboria for the initiation scene. It's notable, first of all, that Aura says she loves initiations. Second of all, we must look at the nature of the initiation. To mark his passage into manhood, a boy must put his arm into a dark hole where there is danger waiting. If it goes badly, he will go mad or he will be killed. There's a strange sort of metaphor there, it seems (see my review of It Follows or any of my recent blog entries regarding Fast Times at Ridgemont High for some more of the dangers of sex). I'm reminded of Dave Sim's misogynist rants in the pages of Cerebus about the "Female Void." For reference, from (Issue #186):

In one of those Poor US studies for which the Emotional Female Void is notorious, it was pointed out that after a divorce, the average male standard of living rises... the average female standard of living drops... I think the... explanation is that the excision of a five-to-six-foot leech from the surface of a human body is going to have more of its own blood in its own veins. Unless the leech finds another body, it is going to go hungry...

If you look at her and see anything besides emptiness, fear and emotional hunger, you are looking at parts of yourself which have been consumed to that point. 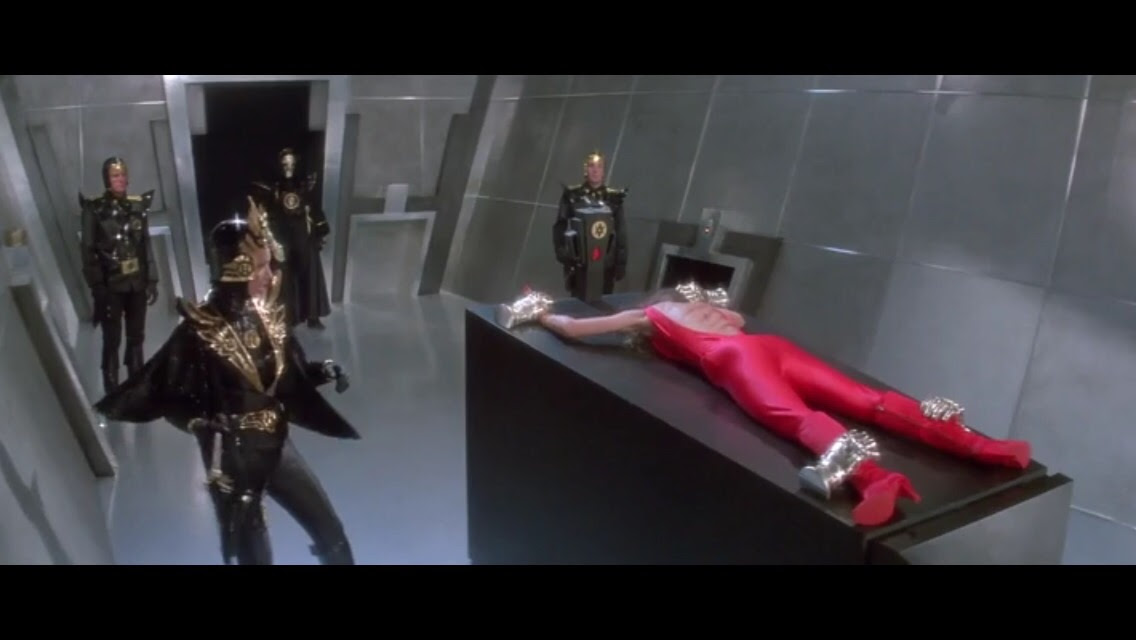 Aura is whipped and when her father arrives, he just watches. Then she is to be banished for a year to Frigia, "one year in a cavern of ice [to] cool her blood," after which, Ming says, "Perhaps, we'll marry her to someone worthy of her treacherous nature."

The problem is that this is not exclusively the world of Ming's Empire... Actually, since he is effectively a god, then perhaps it is all Ming's Empire. Ming supports slavery, concubinery, and a quite patriarchal hierarchy... Well, to be fair, there are queens in Mongo as well as kings in the comics. But, the film presents us with no females in power. (Well, Kala is a general, but she doesn't do much.) Aura exercises power and is punished for it.

The catfight/pillow fight between Dale and Arden would be laughable if it wasn't so pointless. That these women can cease fighting only to continue to be ineffectual toward the plot afterward does not work as a counter to the men fighting.

Before you interject, yes, Aura does kill a guard in the elevator later, but nothing comes of that, at all. It just happens.

The one thing this film has going for it in regards to the issue of gender is that Flash Gordon himself is also rather ineffectual. Other than some rather unconvincing arguments about teaming up, he doesn't do much. He spares Barin in their fight and he kills Klytas, but he only manages to kill Ming because he is still just as bad at landing as he was during the hot hail earlier.

Still, the movie works. It shouldn't work. It's silly. Its dialogue is cheesy and/or corny. It's racist. It's sexist. There is no real fight between the hero and the villain. There is no reason to assume the Earth is safe from the moon crashing into it at the climax of the film--well, the floating robot head looking thingy says, "you saved your Earth" but... what? The countdown ended. And, if the moon was that close to crashing into the Earth, the tides would have been insane, the tectonic plates would have been going nuts. People would have been dying left and right and probably killing each other in the chaos. But, what does any of that matter? Flash killed Ming, sort of. He and Dale are going to get together (Aura has settled for Barin). There's awesome Queen music playing. And, there's a hint of a sequel. Who cares about all the people on Earth?