After two new movies today--The Gift and Southpaw--my IMDb seen it list has 4144 titles in it. And, I'm convinced there are still a whole lot of obscure movies I've seen over the years that I've neglected to add to that list. Walking home from the movie theater today, I wondered at what point I will have seen enough movies. Like there's a hole in me that I keep filling with them and at some point it will runneth over. I suppose my "edition" of each of these films (and, to be fair, a few TV series have found their way onto that list, I'm pretty sure) doesn't really take up much space. Not physical space anyway.

Backtrack a moment to that "edition" line and flashback to, for example, Day 173 - who dreams of you at night, for a bit from Benesh (2011)--if you are new to this blog, Benesh wrote her doctoral dissertation on Groundhog Day and, over the course of a whole lot of days worth of blog entries, I systematically deconstructed, debated, and (occasionally) upheld her content:

...an imprint remains as during the film the audience members "introject" or take in its psychic content including symbols, images, and narrative, as well as projecting individual personal concerns. After the film, if it is particularly "resonant," the process continues as the film "plays on" in the viewer's mind. A personal "edition" of the film is thus created and is assimilated into the psyche of the viewer. (p. 8)

I coupled that with Izod's (2000) wonderful description of how the moviegoing experience can work:

A lowering of the level of consciousness is experienced in the dark warmth and security of the cinema as it unreels its manifold diversions. Its sumptuous images and sounds, its compelling characters and stories arouse many emotions and stir drives of which the individual may be unconscious. Because of the fictionality of their object, whatever the specific nature of these emotions (fear, anger, desire, wonder, horror), they are usually experienced as virtual rather than actual, and therefore ultimately as pleasurable. (p. 272)

I cut it off there before. It's already getting to the point--in layman's terms, we can get sucked into a movie and respond to it emotionally in much the same way we might deal with the events therein were they real and happened to us. Izod continues:

When the action onscreen greatly excites spectators, it seems probable that their emotions set in train the affective process which alters the configuration in the memory of the images even as the former are being screened. (ibid)

A complicated way of saying, as I take it, two things: 1) the more exciting a film the more memorable. Though, to be fair, what is exciting to one person isn't necessarily the same thing that is exciting to another person. This doesn't just mean action films and thrillers are the most memorable. 2) the emotional response we have to a film doesn't just make it more memorable but fixes it in relation to that emotion. So, like in Eternal Sunshine of the Spotless Mind, they erase a memory by locating its emotional core and erasing that, the reverse here is quite true (and just as applicable to movieviewing as, you know, experiencing real life)--the emotion shapes the memory. For me, as I often cite box office records from certain movies' release dates, this means each movie is affixed, in a fashion, to the time and place where I first saw it. Now, sometimes, the physical location is not so memorable (many theaters I used to go to as a kid don't even exist anymore, so the specificity of them has grown dim), but the time matters. Where it fits in relation to all the other movies I've seen matters. And, for movies that I spent a lot of time with here in this blog, there's a whole new fixation.

And, it's more than there's just a hole in me that I've been filling up with movies for four decades now. It's more like each of those movies, and each of the TV shows I've watched, and each of the books, and every friend I've had, every family member, every game I've played, every place I've visited--all of these things are like the LEGO blocks of my soul (not that I believe in the existence of the soul). Long time follower of this blog, Mal suggested I put together a series of movies (and watch and blog about them, of course) to represent the years of my life. Boiling down some years to just one movie would be all but impossible. But, the idea is an interesting one. But, to do them in order would be like reliving my life and I'm not ready for the Nietzschean nightmare of that just yet. So, I will continue looking back from time to time, when I need to. Today, though, I merely look back a few hours. And, at over 900 words into this entry already, I suppose I shall try to be brief.

First, The Gift. A well put-together thriller, better than its trailers suggest. Mostly an examination into the artifice of domesticity and how it is vulnerable to lies. It's a thriller with very little action or violence but a whole lot of slow burn tension. Writer, director, and co-star Joel Edgerton put together a nice little exercise in a tried and true subgenre in the vein of, say Pacific Heights or Unlawful Entry, with nice turns by Jason Bateman and Rebecca Hall as the other two thirds of the cast (seriously, there are a few other people in the movie, but altogether I'd be surprised if they've got 10 minutes screentime).

Next, Southpaw. The plot is all there in the trailer--the life of a boxer at the top of his game falls apart after his wife is killed and he has to get his shit back together in order to a) have his daughter with him again and b) be a fighter again. There are no surprises in the plot. But, in the wife (Rachel McAdams), for as little screentime as she has, and daughter (Oona Laurence), who holds her own against the star of the film (Jake Gyllenhaal as the boxer) and even outdoes him here and there, the film offers up some serious acting chops that surpass the straightforward material.

A marriage breaking down in the former and a guy worried about being a good father in the latter. The emotional connection was definitely there for me with both. 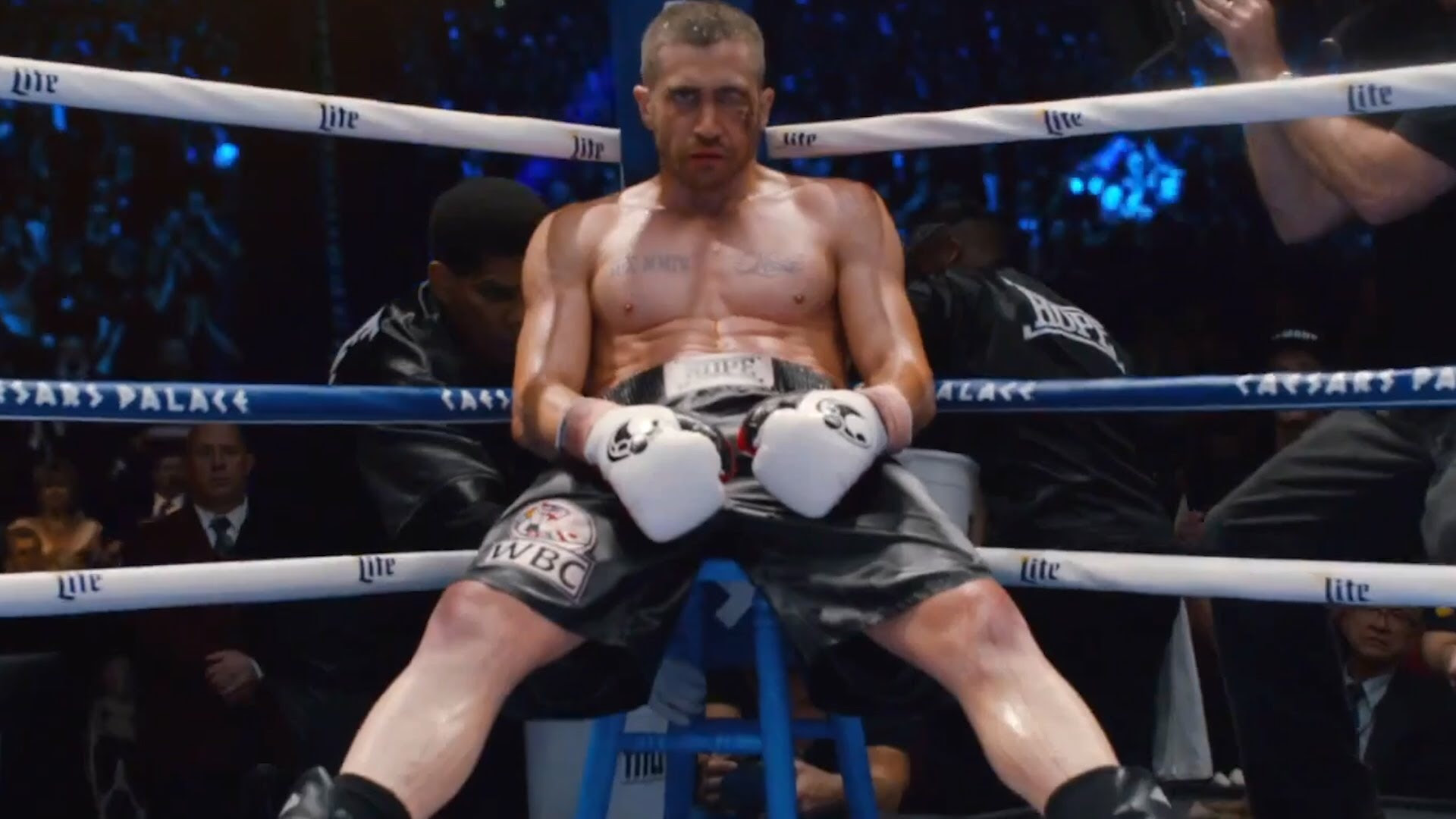