the choices we make

Two very different movies today. First, a torture-porn sort of thriller/horror film called Vile and right now Renaissance Man, a Penny Marshall-directed comedy drama that's quite family-friendly. It's been a while since I've watched this movie, but I remember liking it (and my kids watched it for English class). But, I'm looking at Roger Ebert's review and he calls it "a labored, unconvincing comedy that seems cobbled together out of the half-understood remnants of its betters." Nice description, but not too positive.

Meanwhile, I just watched a bunch of actors, ranging from poor to mediocre, hurt each other after being locked in a house and wired to some plot-devices that collect their dopamine and... plot-juice. Interesting thing was that film was almost trying to have a point. This one long-haired guy in the group... oh, SPOILERS are coming, so skip the next paragraph (jump to after the image) if a movie about ten people being locked in a house together and being forced to hurt themselves and each other appeals to you.

Anyway, long-haired guy suggests than all just have sex rather than hurt each other--the devices on the back of their necks will get the same chemicals out of them--and no one goes for it. They'd rather fight with one another and end up attacking each other after the more systematic torture doesn't work fast enough. It's like a simplistic metaphor for modern life. It almost works. 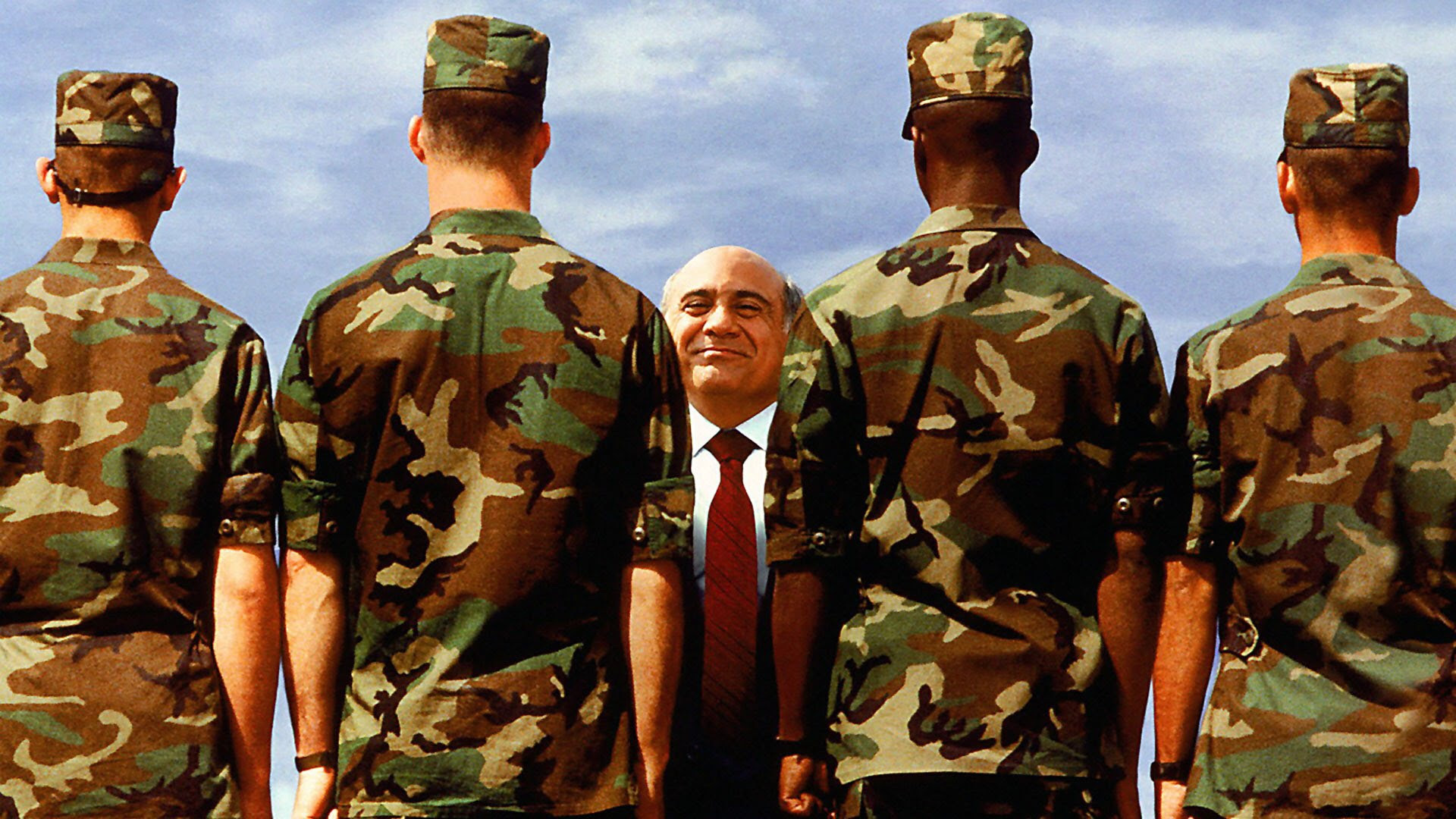 The only real link between these two movies, aside from my willingness to watch them, is the disparate group of individuals who learn to work together (though the group in Vile don't manage to keep their shit together for too long).

Right now, the Double Ds are reading their first assignment in the English class Bill Rago (Danny Devito) is teaching--if you don't know Renaissance Man, Bill is unemployed after working in advertising and he gets a teaching gig on an army base--and they've all got their reasons for being there, for being in the army. (That was their first assignment: Why I joined the Army.) Dreams of being like a father who died in Vietnam, looking for some order in a life chaotic, wanting to see the world, or just not having much else going on in life. Gets me thinking about how I didn't plan to be where I am, a graduate student, a teacher. I wanted to be a writer and/or a filmmaker.

I didn't get stuck as a teacher either, like Bill Rago or Glenn Holland or John Kimble or Dewey Finn. I did part of the teaching credential program then made a choice between finishing that or switching over to comm and teaching college students instead of high school students. At least in recent years, I meant to be where I am. And teaching takes time and training (if you're lucky) and a lot of effort. Roger Ebert has a great line about a movie like this (or Dead Poets Society according to its detractors); "[W]e are subjects once again to the dishonest fiction that academic knowledge can somehow be gained by enthusiasm and osmosis." He calls Renaissance Man "a cross between 'Dead Poets Society' (unpromising students inspired by unconventional teacher) and 'Private Benjamin' (desperate unemployed civilian joins the Army)." His point being, the film not only deals in a dishonest (arguably) approach to education but does it in an unoriginal fashion.

Doesn't mean it isn't entertaining, though. Well, Ebert certainly doesn't find it entertaining. Well, maybe the moviegoing audience didn't find it that entertaining, either; it was a flop at the box office (budget of $40 million, grossed only $24 million)... And, I just learned that, after originally being marketed as a comedy, the movie was retitled By the Book and remarketed as a drama and rereleased a couple months later, made even less money on the second try.

I was thinking momentarily on what Ebert would think of Vile. I couldn't find a review by him of, say, Hostel, but he did review the original Saw and called it "cheerfully gruesome, and finally not quite worth the ordeal it puts us through." I'd much rather a film be painful deliberately than because it's badly made... For the record, I do not agree with Ebert on Renaissance Man. Sure, the setup is a bit contrived, and resolutions are a bit convenient and simplistic. But, it's Hollywood. And, the movie does make an effort to put some actual depth into the characters (a few of the soldiers a bit more than Rago, but the film doesn't play too shallowly with the lot of them).

Renaissance Man kind of feels like an 80s film more than a 90s film, though (the graduation ending reminds me of Police Academy, for example). Upholding the establishment while trying to upend it.

Vile, by the way, is a film of its time, coming at the tail end of the big wave of the so-called torture-porn films, coming out just after the last Saw film and just before the third Hostel film.

And I've got no problem watching both of these in the same day. Movies is movies. It is rare that I actively dislike one of them. (If you're new to this blog, check out the end of my week with Pretty Woman, for example.)