we are all really scared to be who we really are

Okay, this is really me, now. No more hiding. Listen--we're all worried, we're all in pain. That just come with having eyes and ears. But, just remember one thing: it can't get any worse, it can only get better. I mean, high school is the bottom. Being a teenager sucks, but that's the point; surviving it is the whole point. Quitting is not going to make you strong. Living will. So, just hang on and hang in there. You know I know all about the hating and the sneering. I'm a member of the "Why bother?" generation, myself. But, why did I bother coming out here tonight and why did you? I mean, it's time. It begins with us, not with politicians, the experts and the teachers, but with us, with you and with me, the ones who need it most. I believe with everything that's in me that the whole world is begging for healing' even the trees and the earth itself are crying out for it. You can heart it everywhere. It's the same kind of healing I desperately needed and finally feel has begun with you.

Everyone mix it up. It's not "game over" yet. It's just the beginning, but it's up to you. I'm calling for every kid to seize the air. Steal it. It belongs to you. Speak out. They can't stop you. Find your voice and use it. Keep this going. Pick a name, go on air. It's your life. Take charge of it. Do it, try it, try anything. Spill your guts out and say shit and fuck a million times if you want to, but you decide. Fill the air, steal it. Keep the air alive...

I just had to include all of that final speech because Mark's whole point there at the end is like an argument I'm making in my thesis... And, today I finally wrote an introduction to the thesis that I like; I had written a previous version of the introduction and I've got notes for all the sections but the actual beginning, the tone of it, was eluding me. Today I got it. I figure, as much as I write, the pieces I've got put together should stitch together easily enough now that I know the tone. And, this isn't just a personal aside; it's kind of the point here. My master's thesis is primarily autoethnographic which means a) I did not have to just go with a nice scholarly tone; I got to pick, and the tone I'm going with is actually pretty close to the one I use here in this blog--proper grammar, proper syntax (generally), complete sentences, not too formal, a bit rambly sometimes. But, ultimately, it gets to the point, throws in some outside references, but has a good time doing it. (My thesis voice'll use fewer contractions, I'm guessing.) b) it's all about my voice in getting to the idea that you can get your voice out, too. Like Mark telling his listeners to go out and be heard, one of the ultimate points to my thesis is to suggest that everyone should do such a thing, especially someone going through--in my thesis' terms, a life crisis. Or, what Weick (1995) calls an interruption, or what Louis (1980) calls a surprise--the shit that happens that you can't prepare for, the shit that happens and it tears pieces of your life away. Whatever led Malcolm to kill himself, maybe. Whatever finally pushed Paige too far. Whatever drives Mark to keep being Harry... Well, no maybe not that vague, not that... big. The life crisis, the interruption, the surprise--it's not about the big motions of the universe, the big motions of the world, of society, of all of those adults telling you what to do. It's more specific, more finite. But, when faced with finite difficulty, you've at least got the option to fix it, rather than scream into the void.

For me, an aside. A few minutes ago, as I was writing that long ol' paragraph, this happened in the movie: 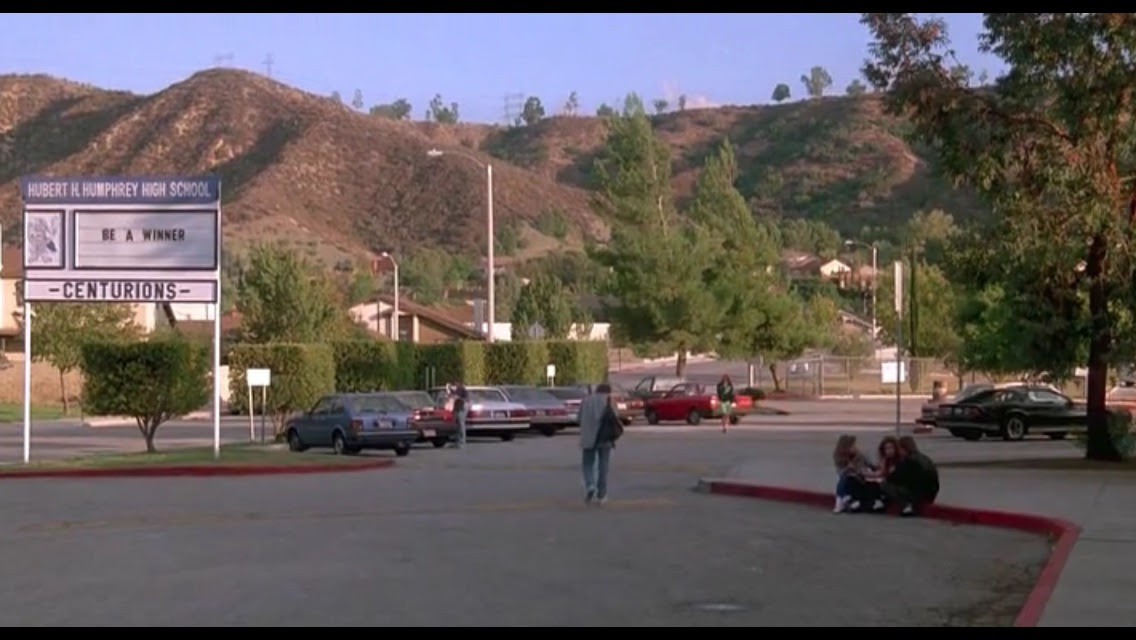 Check the sign outside Hubert H. Humphrey High School. BE A WINNER. As if the students will see that and think, Nevermind all the bullshit in my day, I'm going to be a winner, now. Like it's a novel idea that comes from reading it on a sign.

Of course, I'm saying speak up, speak your mind, be heard, like my words will accomplish anything.

Maybe I should get a sign outside instead of blogging. Put up some new message every day, a couple sentences on either side of the sign. Then, someone will put it on Twitter or Instagram someday, might even get on Fox News if I put the right sort of controversial message out there. The benefit, and the curse, of blogging is nobody's listening (reading) most of the time, so I can say whatever I want, pretend I can inspire more than I will, and pretty much just do whatever. 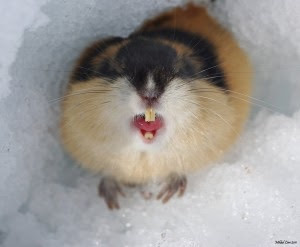 Like that. That's an angry-looking lemming. nothing to do with my topic today. Just something I felt like including because, why not?

The lemming is my thing, has been for over a decade and a half. Lemming Drops Studio--that's me. Even got a tattoo of the LD logo. This:

It's small, but hey, so are lemmings. So are each of us.