Groundhog Day is not a romantic comedy.

And, it’s not just me who thinks so. Dowd and Pallotta (2000)—you know, my go to academic quality romantic comedy source—specifically excluded it from their coding. They explain:

Our principle genre-relevant rule is that romance must be central to the story depicted in the film and not a secondary aspect... If the film is a mixed-genre effort—and adventure story, for example, in which two of the characters become romantically attached, such as was the case with Romancing the Stone

[—I must interrupt this extended quotation to say that I love the movie Romancing the Stone and actually have it on the potential list of movies to watch for this blog at some point. Perhaps an adventure month, do a little Romancing the Stone, some Raiders of the Lost Ark and some... ah, there’s the rub. There aren’t a lot of adventure movies anymore. Maybe High Road to China, although I barely remember that from when I was a kid and maybe it doesn’t qualify. It should be noted that I like to separate the action-adventure genre that movie rental shops used to insist on. Action and adventure are not the same thing. For example, the Wikipedia list of adventure films includes The Expendables. There is no adventure in The Expendables; it’s a nostalgia-driven action comedy. That doesn’t explain the distinction, does it. Adventure is about exploration, finding something new, going into exotic locales (usually). Action is about excitement, fast-paced... well, action. The two often mix, but some movies are very much one and not the other. The best way I have to think about it is this: compare Raiders of the Lost Ark to The Road Warrior. The former is a quintessential adventure film, the latter a quintessential action film.—]

or Speed—it was not included in our sample. Similarly, we excluded from our sample those films in which the lovers were not clearly the central characters...

Of all the mixed-genre films, the single most difficult type to identify unequivocally as a romance is the comedy. That is, the most difficult coding decision we faced in this research came when attempting to distinguish a genuine romantic comedy from a comedy that contained romantic elements. We decided against including such comedies as Tootsie (1982), Broadcast News (1987), Groundhog Day (1993), and Grumpier Old Men (1995), because in our judgment their romantic themes were not the principal driving elements. (p. 555-556)

That being said, Groundhog Day—which I am watching again now that my month of romantic comedies is over—may be one of the most romantic movies ever... if we accept a few caveats up front.

One major caveat is that some of the best romance that must be taking place during the course of the story happens off screen. That is, after hundreds or thousands of resumptions, maybe even hundreds or thousands of years, Phil still loves Rita. I’m reminded of a bit from Doctor Who... which reminds me of an exchange from Star Trek: The Next Generation. Allow me to nerd out for a moment.

(Because, that is so unexpected and rare.)

So, in the Star Trek: The Next Generation episode “Darmok,” Troi offers “Juliet on her balcony” as an image of romance to Dr. Crusher. I think a better image of romance is something like the last centurion from Doctor Who‘s “Big Bang,” Rory standing guard over the Pandorica for thousands of years because Amy is trapped inside—that’s romantic. That’s Phil Connors-level romance. Phil takes to heart the line from the much later film—I’m not sure how he does this, mind you—As Good As It Gets: “You make me want to be a better man.”

Now, if you’ve been paying attention for the past year, you’d know that I don’t think Phil improved himself for Rita. I’ve said time and time again that Faust (2012), not to mention the many others who have said as much, was wrong in calling Phil “Drive on by love.” I think the improvement was secondary, or even tertiary, to his interest in Rita. But, my point here is that his interest in Rita remained. He found other things to do with himself, he learned about the people of Punxsutawney, he learned to play piano and ice sculpt, he learned to appreciate the slower things in life, like books. If Phil Connors was stuck in a time loop today, he would potentially have time to explore all of the internet, maybe memorize (and correct for accuracy) Wikipedia. His observation about God—“Maybe he’s just been around so long, he knows everything.”—would be what he has become.

But, when it comes to my idea of romance, separate from love, it’s something like the wait of the last centurion or the wait of Phil Connors. A feeling that lasts through thick and thing, beyond death do us part...

I must interrupt this serious discussion to announce that I have discovered something new tonight even after having watched this film somewhere around 400 times. O’Reilly has no tragus. Doesn’t have much of an antitragus either. Oh, you might not know what those are. Here’s a diagram: 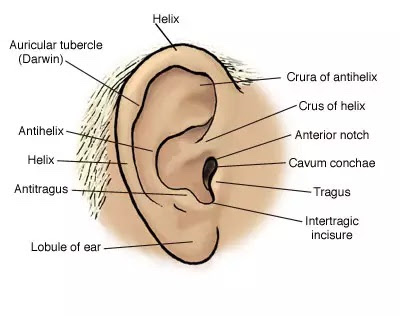 And, here’s a shot of O’Reilly’s ear: 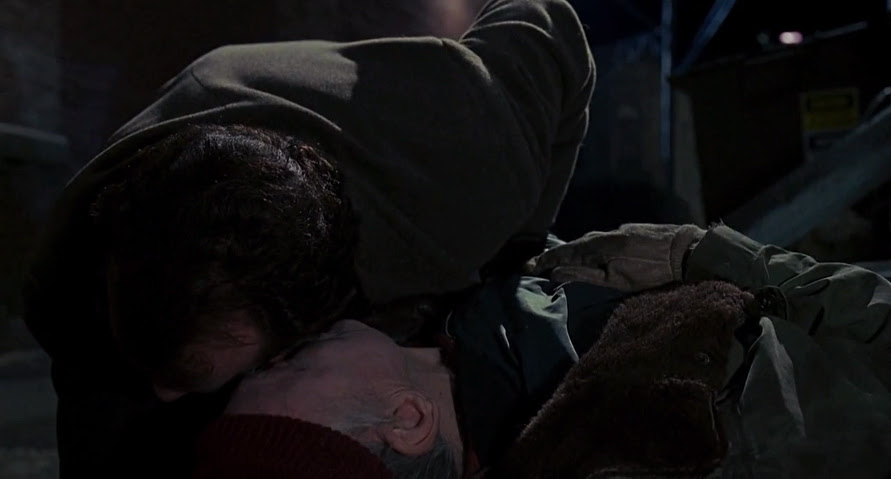 It’s not groundbreaking, it doesn’t change the meaning of the film or anything, but I like that there are still things in the movie that I just hadn’t noticed before.

But anyway, I was saying that Phil’s love for Rita is something almost eternal, and that is romance to me. Romance doesn’t necessarily exist between two people. In a romantic comedy, I mean. It exists between the two people on screen and us in the audience. Romance is the feeling that lasts within us when we watch the budding of a new love onscreen. It’s the feeling that brings us back to something like When Harry Met Sally... or Moonstruck, not because the movies themselves are romantic but because they make us romantic. They are like Cosmo’s moon sitting outside our windows. And when they do their job, they makes us better people than we were going in. They make us love the world. They make us love each other. They make us happy.