So, I made some notes about Altman and Taylor’s Social Penetration Theory for this blog and then I was looking at them and realized something interesting. In a way, the same stages that make up the theory fit the way I approach movies in this phase of the Groundhog Day Project. Allow me to explain.

The basic concept, which I mentioned before, is like that bit in Shrek: we’ve got layers to our personalities/identities, and as we get to know someone new, we penetrate the layers. Like a wedge being driven into an onion.

There are four stages to this penetration—orientation, exploratory affective exchange, affective exchange and stable exchange. All of these are driven by a cost-benefit analysis, in which we weigh the cost of revealing more and more personal information against the reward of the relationship (or, in a slightly more cynical way, the simple reward of learning more and more personal information from the other person).

Orientation – Griffin (2006) tells us, “peripheral items are exchanged more frequently and sooner than private information” (p. 121). Littlejohn and Foss (2011) tell us that this stage involves “impersonal communication in which one discloses only very public information” (p. 236). The orientation stage is the period when you might not even call the person a “friend” but more of an acquaintance. Or, if it’s a romantic (or potentially romantic) relationship, this is first date kind of stuff. Harry violates the process right away when he opens up conversation with Sally, who he has just met, with “Why don’t you tell me the story of your life.” This, after he has just offered her grapes and spit some seeds at the closed window. Harry goes right in for the personal stuff. 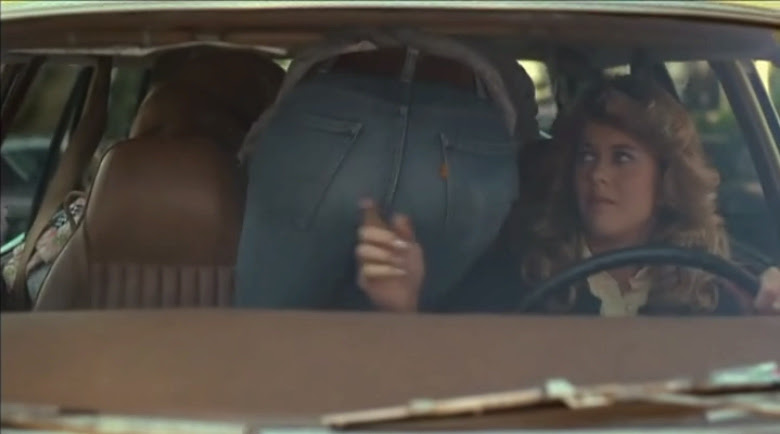 Not to mention how he got those grapes.

For this blog, the first step with each 7-day period is something like a basic review. But, since a) I am deliberately choosing movies I have seen previously and b) it is in my nature to be critical, my “review” might get into some complaints or some exploration of themes. With The Ring, for example, I dealt with what I took as the “message” within the film and whether or not the movie really supports its message.

Exploratory Affective Exchange – Griffin (2006) tells us that “self-disclosure is reciprocal, especially in the early stages of the relationship development” (p. 121). Littlejohn and Foss (2011) tell us that this reciprocation involves a “deeper level of disclosure” in this stage. This is past the first date (or, if it’s a particularly good date—think Before Sunrise—you might get here earlier), past being just acquaintances. You’ve disclosed personal information and so probably has the other person. Reciprocation isn’t always equal, of course. In terms of When Harry Met Sally..., Sally feels an obligation to share personal information not necessarily because Harry has shared, or even because he has asked, but because he feigns not really being interested. In a way, he challenges the value of her personal information by dismissing it. This isn’t reciprocation, strictly speaking, but the result is the same. For me, Day 2 with each movie might be when I go for the commentary track (if I’ve got access to the actual DVD, that is). I’m inconsistent here because formats vary. Plus, while I got to Scream‘s commentary track on its second day, I didn’t get to When Harry Met Sally...‘s until the third because my son sat down to watch the movie; he had never seen it, so I put off the commentary for the next night. Instead, rather than getting some information from the filmmakers, I got into a little bit of personal stuff for me. Day 2 is where I’m still feeling things out, figuring out what this 7-day relationship is really going to be about.

Affective Exchange – Griffin (2006) tells us, “penetration is rapid at the start but slows down quickly as the tightly wrapped inner layers are reached” (p. 121). Littlejohn and Foss (2011) tells us that at this stage, which “focuses on evaluative and critical feelings at a deeper level,” we “perceive substantial rewards” (p. 236). This is when, especially with romantic relationships, we have an idea that this is going somewhere. It’s not just a passing fad. For me and this blog, this is the point when I know what I want to focus in on later in the week, what the main topic is going to be. Also, this can be when I get very critical. For The Sixth Sense, this was when I spent an entire entry complaining about Lady in the Water, probably because the downward trajectory of Shyamalan’s career after the greatness of The Sixth Sense made for such a disappointment. For The Blair Witch Project, this was where I got into the big obvious topic—found footage movies—and complained a whole lot about sexism and just about every detail of Book of Shadows: Blair Witch 2. For Scream, I got into the subtext of the slasher film. These topics tend to bleed over into later entrees—and are probably introduced in the earlier entries—because this is what defines the relationship, hence the next stage:

Stable Exchange – Littlejohn and Foss (2011) calls this stage “highly intimate... partners [can] predict each other’s actions and responses” (p. 236). I suppose this is when I start saying lines along with the movie. Except, I’ve seen so many movies, I start doing this by Day 2. Really, this stage is about hitting a plateau. It’s easier to see this in my year of Groundhog Day—I became so familiar with the film that I could really write about any topic and make it work. With the shorter timeframe, really, just as I’m getting to the stable part, it’s time to move on. This may be an awkward comparison, but think about Harry’s thing about cuddling after sex:

You meet someone, you have the safe lunch, you decide you like each other enough to move on to dinner. You go dancing, you do the white-man’s over-bite, go back to her place, you have sex and the minute you’re finished you know what goes through your mind? How long do I have to lie here and hold her before I can get up and go home. Is thirty seconds enough?

Maybe you readers don’t notice but the Day 6 entries have been fairly long, like I’m putting off the end just a bit, trying to get all that I have to say in one big burst. Then, I get to...

Depenetration – the optional fifth stage, which comes when the relationship is ending. Griffin (2006) tells us, “depenetration is a gradual process of layer-by-layer withdrawal” (p. 121). Intimacy goes away. The stages reverse themselves until you and the other person go back to being acquaintances. Sure you know a lot of personal information about one another but the interactions are not so personal anymore. For me and this blog, this is me knowing I’m moving on to another film the next day so maybe hinting at what’s coming, or once I’ve moved on maybe I mention the previous movie again to make some point of comparison. I don’t just bring up Groundhog Day still, from time to time, because I kept Phase Two of this blog under the same banner but because a) that movie is even more now than ever before a touchstone for me in how I look at film and b) the comparisons make sense because Groundhog Day really is about everything.

The point is, I once wrote an entry about how I was in a relationship with Groundhog Day, and now I’m not sure if that was even a particularly profound observation. I think it’s painfully obvious now. These 7-day relationships—they are a different animal altogether, and also just a microcosm of the same. I’m piecing together my own existence, and my understanding of the world, by watching movies. Maybe it isn’t the best way to make sense of life, but it works.

(I dare my future self to quote that last line in my Master’s Thesis.)

Tomorrow I will be on the road, but I already know where this week is going. And, knowing now that I will be blocking movies into themed months, I don’t need to be too wordy, because I have 4 weeks to talk about romantic comedies, about love and romance and film, separately and together. It should be interesting.

* Unfortunately, I don’t have any more specific sources on Social Penetration Theory, just these textbook-type books.