one of the secrets that no one ever tells you

Day 400. This blog, taking its two phases as one, has been going for 400 days. I just went for a drink to, well, celebrate would be too strong a word. I’m at a coaches conference, in Palm Springs where it is hot and humid, and celebration would take too much energy, too much moisture... which sounds weird now that I have typed it.

Anyway, I watched When Harry Met Sally... in a car today, headed out to Palm Springs from Los Angeles. Remember, I watched Groundhog Day in three different cars, four different planes, and... I’m on iPad only today or I would link to the entry [edit to link] in which I note just how many states I watched Groundhog Day in (or over). Only seven days for Phase Two, so the individual movies will not get much travel time.

Within the genre of romantic comedy, “When Harry Met Sally....” is among the best and most popular for one simple reason - it speaks the truth about men an women. And it was groundbreaking in doing it with a hilariously brutal honesty that was rare in preceding romantic comedies.

This is where we begin today—the presumption that When Harry Met Sally... speaks the “truth.” What is this truth? Angyal (2014) tells us,

Before I go any further, a thought that occurs to me: When Harry Met Sally..., for most of its runtime, is dependent on the idea that romantic love is a bad thing... between friends. The movie creates a dichotomy (perhaps, a false dichotomy) in which two people—in this particular case (and the case of nearly all romantic stories out of Hollywood) a man and a woman—can either be friends or lovers, never both. Taking what it means to be “lovers” in the obvious direction, Angyal continues:

Counter that with Sally’s line to Harry: “I can’t do this anymore. I am not your consolation prize.” This after they have had sex. Angyal continues:

In other words, you have to believe that a woman’s true value lies in her willingness to have sex with you—which means that anything short of that represents a loss for you. If being “just” friends with a woman leaves you feeling shortchanged, you must first believe that women owe you sex and love.

Angyal cites the dreaded friendzone. Marcotte (2014) suggests that “pick-up artist”-type advice for men flourishes specifically because “it taps into this flattering sense that men are owed sex and women are being assholes not to cough it up.” The problem with the friend zone is that it “fram[es] sex not as an activity two people enjoy together for their own reasons, but as a commodity that women possess and dole out based on a metric that is viewed as ‘unfair’“ (Marcotte).

Should we be surprised? The patriarchal world we live in has been dealing in women and their sexuality... or rather their breedability as a commodity for, well, as long as there have been women, and probably since before there have been human women. The concept of the friend zone is not creating some brand new situation in which women are objectified and treated as simple sex objects to be gotten. Shumway (1991) makes a great point in calling romantic comedies (specifically screwball comedies, to be fair) “comedies of conquest, the woman being not like one more bird taken in the hunt, but like one the duchy one wishes to annex” (p. 15). Either way, women are the objects to be won, to be hunted, to be conquered. The very idea that the friend zone exists...

Let us backtrack, briefly, define our terms. The “friend zone” and the idea of “the nice guy” come hand in hand. Dasgupta (2014) provides these “operating definition[s]”:

[The friend zone is a place] “wherein a man wishes to enter a sexual or romantic relationship with a woman, wherein the woman does not wish the same; the result of which is considered socially and emotionally unfavorable for the man” and [the nice guy is] “a man who engages in acts of serial kindness to a woman as a primary means of winning her attention, affection, or emotional or physical acceptance.”

So, the very idea that this “friend zone” exists serves to reify the idea(s) that men are superior, women are inferior, and women owe something to men. That something being sex, offspring, descendants, a legacy to leave a mark on the world. And any guy who allows himself to be put in the friend zone—for, surely, such a guy can only get into that position passively—is, well, not really a man. Dasgupta acknowledges, “the above definitions are unapologetically heteronormative.”

Henderson (1978) argues, “Romantic comedy posit[s] men and women willing to meet on a common ground and to engage all their faculties and capacities in sexual dialectic” (p. 19). The problem I have here is this: if the romantic comedy is equal in anything it is perhaps in being entirely sexist toward both genders. The romantic comedy is built around the idea that the two genders (nevermind the limitation inherent in that binary) are inherently incomplete without one another. Sure, as a species, we require the sexes to intermingle, to occasionally get together, have sex, and share some genes to propagate the species. But, as something... else—and, surely we consider ourselves to have evolved beyond such basic biological functions—we do not require that each individual male and each individual female be, as the pejorative goes, breeders. But, the romantic comedy relies on the idea that we do. Like the slasher film, the worldview of the romantic comedy is inherently conservative. Sally may be successful in her journalistic career, but we barely even hear of it, and certainly don’t see it. She is defined by her role as future lover for Harry.

But, it doesn’t stop there. Harry, too, may be successful in his political consultant career, but we know absolutely nothing about what he does, or even what political views he espouses. He too is defined simply by his role as Sally’s future lover. Everything else is a waiting game. 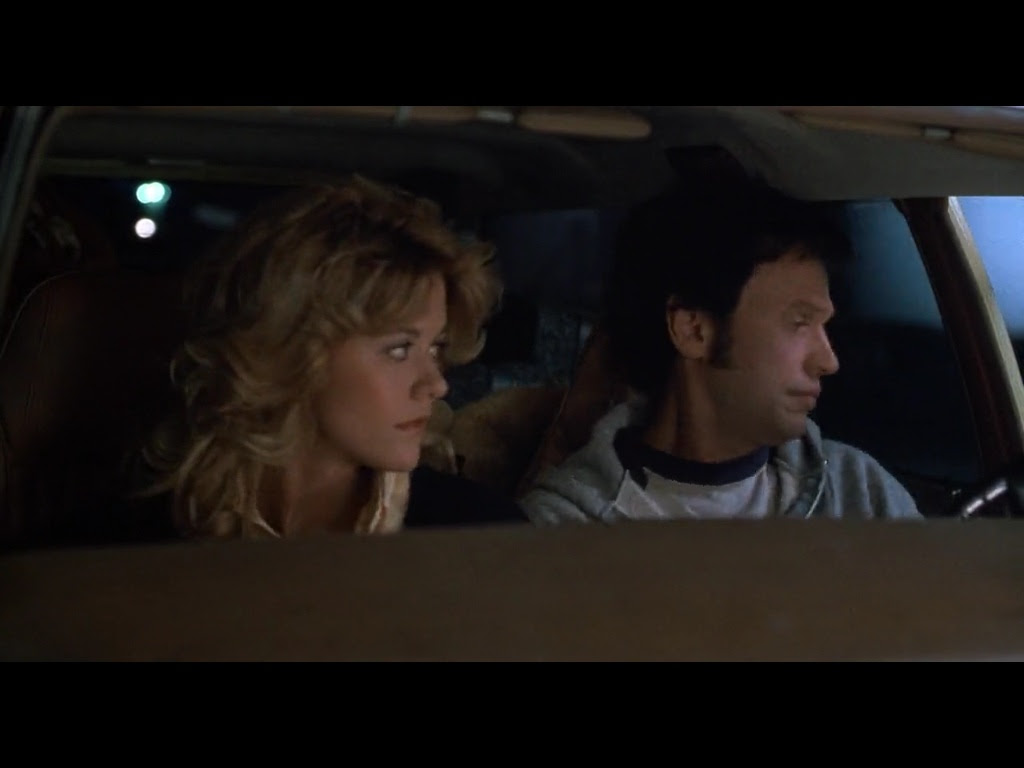 Coming back to Dasgupta (2014), the conclusion is very simple; he writes:

Nothing a man did, does or could ever do inherently obligates a woman into entering a romantic or sexual relationship with him; in fact there’s literally nothing that inherently obligates anyone to a relationship or sex. It doesn’t matter how many times they get you home safely or take care of your while you’re sick; you don’t owe them anything short of returning a similar favor [and I would argue, you don’t even owe them that], and you shouldn’t have to owe them anything for their decision to be a decent human being.

And decent human beings are certainly allowed to pair off, to have sex, to breed. But, if they don’t want to, they don’t have to.

* Regarding these links, I will edit to include them when I have computer access again on Sunday [and now I have].