So, the opening sequence to Jason Goes to Hell: The Final Friday— 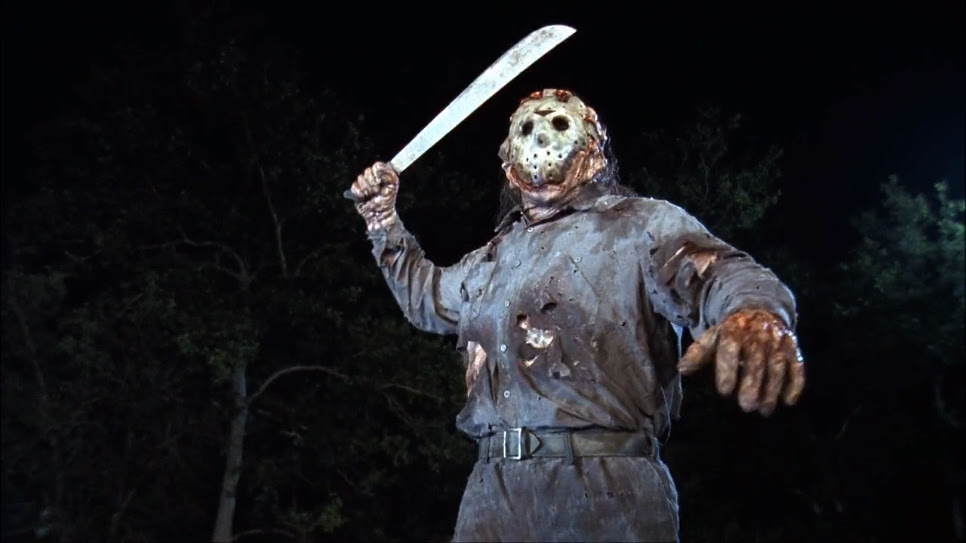 —possibly my favorite thing in any of these slasher films. This is what happens if one of these preternatural killers actually existed, actually kept coming back and coming back and racking up the kills; the government would step in and a) try to capture and exploit him and failing that, b) kill him and kill him some more. It’s like my “We will stab it until it dies.” They shoot him until he dies.

I really want to see that death of Freddy scene with the goofy fish demons played along side the heart eating and possession of the coroner in this film. The former is laughable, fairly deliberately. The latter, just by its sound effects alone, is far darker and scarier. And, the visual effects are many times better. Only two years later. This opening almost makes up for the downward direction of the Nightmare series. And, proves my point that the Friday the 13th series is the better one. Better probably than the Halloween series as well, and definitely better than the Texas Chain Saw series.

An interesting link between the various slasher series—they add family members to circle back on their mythologies. Freddy’s sister shows up to help take him out. Jason’s sister and niece are introduced here. And, Michael’s thing—as we’ll see in a couple days—is all about family. His targeting (and eventual murder) of his niece is just circling back into why he killed his sister in the first place all those years ago.

(Throw the condom away, and you are going to die. This camper scene is what proves the basic rules of the slasher film... as Karnick (2009) puts it, the slasher film carries “hidden warning about the fatal consequences of self-indulgence and self-absorption.”) 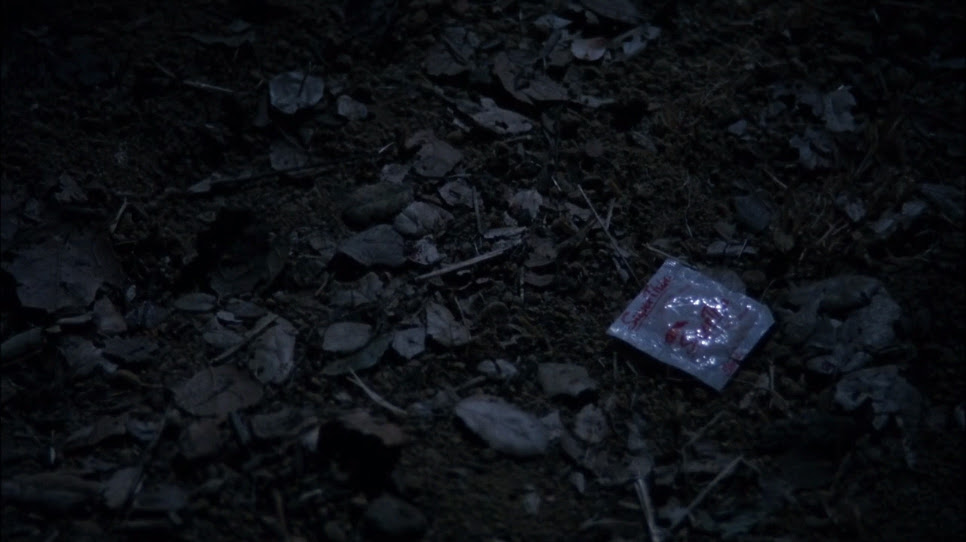 Similarly, this film rewrites the history of Jason Voorhees, complicates it, explains it. But, even better than all that, it takes it seriously. So seriously, that initially—I remember either reading in Fangoria or Cinefantastique or hearing in an interview with either director /writer Adam Marcus or producer Sean S. Cunningham on the Mark and Brian morning show on KLOS (Mark and Brian appear briefly in this film as police officers)—it included no campers (except the sting at the beginning of the film, of course). The camper bit was added later. It exists as, depending on who you ask, a mockery of the previous entries in the series, or a loving embrace of those entries. Jason’s body switching doesn’t contradict anything we’ve seen before, and even explains one reason why he may have looked so different in the various films. I mean, clearly Jason from Jason Lives through to the end of Jason Takes Manhattan is the same Jason, but we haven’t seen how Jason got from Tommy Jarvis’ attacking him at the end of The Final Chapter to the grave at the beginning of Jason Lives. (There is specific explanation for this involving Jason’s father, I believe, in one of the comic books, but I’m going strictly by the films here.) While the timeline from the end of Part 2 to the end of The Final Chapter is a matter of days, Jason certainly could have switched bodies somewhere in there.

There is of course the matter of redefining what is a slasher film in this film that doesn’t really involve teenagers, and barely involves Clover’s (1992) “psychosexual fury.” Actually, I take that last bit back. Jason specifically penetrates a series of people, eventually crawling inside his own sister to be reborn. But, this film brings the Necronomicon (using a prop much like—or is it the actual prop from?—Evil Dead) and body switching to, yeah, turn it into a different beast than just a slasher film, but that doesn’t make it less of a slasher film, nor does it make it less of a Friday the 13th film either. It makes it more than these things, not less. And, even if Karnick is correct about the generic nature of the characters in slasher films, and the Friday the 13th series in particular—I disagree with that argument—

(And, we get dagger ex machina to complete the transition into a serious supernatural horror film (still tacked onto the backbone of a slasher film, of course).

Plus, technically, Jason not only grunts a bit in this film, he even speaks. We don’t know which body he’s in when he arrives at his house. And, Creighton might actually more cold than Dr. Loomis, telling Jessica to kill both the cops who show up.

And, along with the Necronomicon from Evil Dead, apparently Pamela or Jason brought the crate from Stephen King’s “The Crate” from Creepshow as well, because that’s in the basement.)

—this film has pretty much none of that. Every character works here.

The ending: again, compare Jason being dragged into the ground by those demons to Freddy’s last scene in Freddy’s Dead. That scene plays out so lamely compared to this one. And, really, while I understand why Wes Craven came back to the Nightmare series with New Nightmare (watching it tomorrow), I really think that the evil being that decides there to be Freddy would have been better off choosing Jason.