what happens when a psycho wanders in?

Lake Oswego, OR - It is late. Had a long day of traveling that did not go as planned, but ended up ok. Since I'm not at home, that meant watching the movie then writing this, so I'm an hour and a half or so behind my usual schedule. But, I have little to say today. I got a lot of notes today reading through a new book I found--Nowell's ( 2011) Blood Money: A History of the First Teen Slasher Film Cycle. A lot about genre, about defining what is or isn't a slasher film. But, I'll get to those notes in a couple days. For now, there is this:

Today's film, Friday the 13th: The Final Chapter is one of the best Friday the 13th movies in my opinion, possibly one of the best slasher films all around. It encompasses and encapsulates so much of the tropes of the slasher film without feeling particularly arbitrary about it. But, I wanted to share something I learned about the original Friday the 13th today. Nowell (2011) deals with slasher films using terminology out of the conquest of the American West. He refers, for example, to Halloween as a "Trailblazer," the original Friday the 13th, Prom Night and Terror Train as "Prospector Cash-Ins." Friday the 13th and Prom Night, he also calls "Reinforcing Hits" in terms of how they paved the way for MPAA-member studios to produce slasher films. Then, there are the "Carpetbagger Cash-Ins"--a bunch of sequels and clones that came after. In those terms, Friday the 13th: The Final Chapter should fall into that last category, but I think it stands fairly well on its own... well, as much as a sequel can stand alone, anyway. Part III doesn't stand alone because it can barely stand up. Part 2 only barely stands because of that campfire storytelling bit catching everyone up to speed on Jason Voorhees. Halloween II, taken on its own merits, is barely a complete film. It's less a sequel than an extra act tacked onto the end of the original. Don't get me wrong on that one--I rather like Halloween II and think it is definitely worth watching, but it relies very heavily on its audience's love for its predecessor. That isn't to say that love for the previous Crystal Lake entries won't make the experience of The Final Chapter better, but the film tells you everything you need know early on--beyond the flashes back to the previous films, there are news reports about Jason, as well as glimpses of newspaper articles.

The Final Chapter is much more self-contained than the previous sequels. That being said, as a sequel, it doesn't quite hit all the structural elements of the slasher film per Nowell... but I wasn't going to talk genre today. Instead, I wanted to share this: 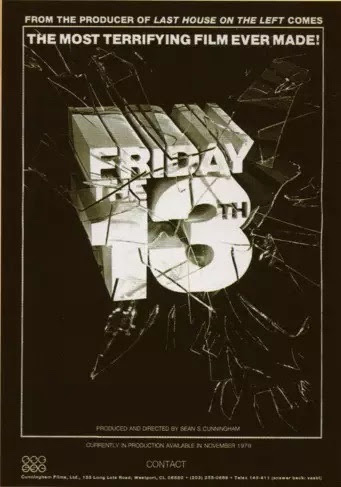 That was an ad taken out before Friday the 13th was even made, just to drum up interest from potential backers. The movie was a deliberate re-skin of the Halloween plotline, yet it was billing itself, pre-production, as the "most terrifying film ever made!" That is not the claim of a copycat. It's the claim of an arrogant tomcat who can't even be bothered to recognize the original cat he's copying even existed in the first place. And yet, the film not only grabs the plotline from Halloween, it grabs its setting from other popular films of the time (even some that were released after Carpenter's film. Nowell (2011) argues, "By combining content from commercially attractive trends that emerged after Halloween had been shot, the prospectors behind Friday the 13th crafted a relatively gory animal comedy-[Nowell's term, as far as I can explain it, for hedonistic young people movies like Animal House]-infused murder-mystery in which the paths of a mixed-sex group of hedonistic camp counselors and a mysterious slasher crossed at a rural summer camp" (p. 133). Essentially, Halloween (1978) + Meatballs (1979) = Friday the 13th (1980). Meatballs was not the only summer camp movie released around that time, but it was quite successful. 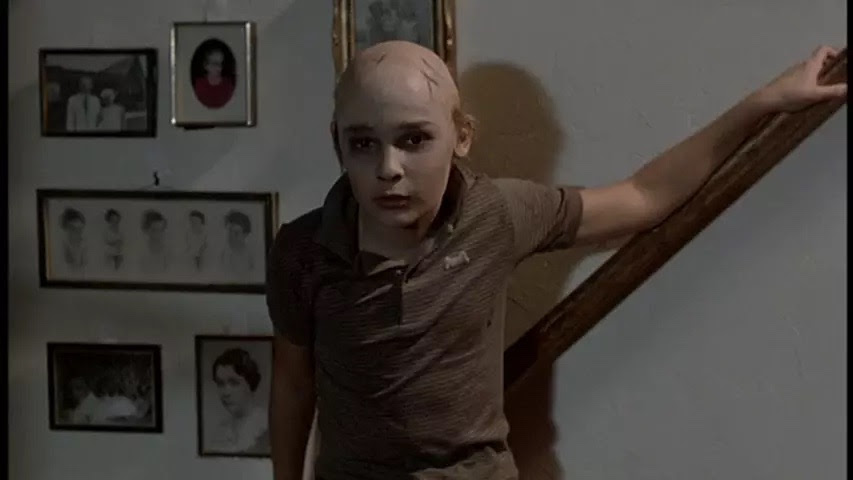 As for commentary on The Final Chapter, I really only have one thing. I think there is an important contrast between the scene at the end of Part 2, in which Ginny puts on Pamela Voorhees' sweater and fixates Jason for a moment by speaking as if she were his mother, and the scene at the end of The Final Chapter, in which Tommy chops off all his own hair and essentially presents himself not as Jason's mother but as Jason's younger self. Prior to this, one could easily see how Jason was linked to his mother a bit like Norman Bates in what Clover (1988, 1992) calls "psychosexual fury." At this point in the series, as far as we know, Jason came back from the dead to avenge his mother; we won't know about the Necronomicon Ex Mortis being in the Voorhees house for another 5 movies, and then only if we recognize the prop. Jason came back from being dead because of his attachment to his mother. So, it is not particularly strange that he has her head on a shrine. It is not particularly strange that Jason, who is not all there, mentally, believes (or at least wishes) that his mother is there with him again when Ginny puts on that sweater. Then, he kills a bunch of people, stalking them over the course of two more movies only to have Tommy pose as him. The thing is, I think this represents growth, if not for the person of Jason, for the character of Jason. While he was fixated on his mother, in this moment (even though it is apparently his last), he is fixated on himself. He is, perhaps, free of whatever psychosexual fury is driving him to kill. And then Tommy chops into him again and again and again, and Tommy will be changed significantly for having done that. On some level, we are meant to believe that Tommy has become Jason, become the killer Jason was. Watching A New Beginning--which I will be doing in two days--we are supposed to believe that Tommy could be the killer. Tommy will be around for three of the 10 (not counting the remake or Freddy vs. Jason) Friday the 13th films, roughly a third of them. And, he bridges the gap between the initial tetralogy and the second testament, if you will, of Jason Voorhees.