insinuating stuff and not coming out with what they mean

1. I should have known better than to trust a Canadian horror film.

2. You know that Black Christmas is nothing but a Christmas movie when it starts with “Silent Night.”

Followup to point 1: I just cannot trust the Wikipedia page on Canadian horror films, either. I wanted to doublecheck because I’ve got a rule—I don’t like Canadian horror films—but that list includes a lot of movies that may have been filmed in Canada but are not what I would call Canadian. Blood and Donuts—that’s a Canadian horror film I know, and do not like. And, I remember one called The Incubus but IMDb tells me I am wrong about that.

Canadian or not, you can tell this film has elements that slasher films would follow; hence Nowell (2010) calling Black Christmas the “pioneer” of the slasher subgenre.

Anyway, Lois Lane is stuck at the sorority for Christmas just like Doyle was going to be stuck at his prep school for Thanksgiving... even as she invites others to go with her when she has just learned she’s going nowhere, she heads for the alcohol—that just isn’t healthy.

Then Juliet answers the phone—it’s “the Moaner.” He’s not the most polite guy, a lot of vulgarity, so much that even Lois swears in response. Superman would be very upset. His tonal change when he switches to a death threat is awesome.

Then the big offense that shows us Lois is not so nice anymore (rather, yet since she won’t be Lois Lane for another four years—”You cannot rape a townie.”

I-Camera bit, lone girl heads toward the danger instead of away from, and gets suffocated for it.

The killer wears bellbottoms. How is that supposed to be scary?

Mrs. Mac is amusing, for sure. With the drinking and the swearing and trying to cover up the hippie poster with her hand— 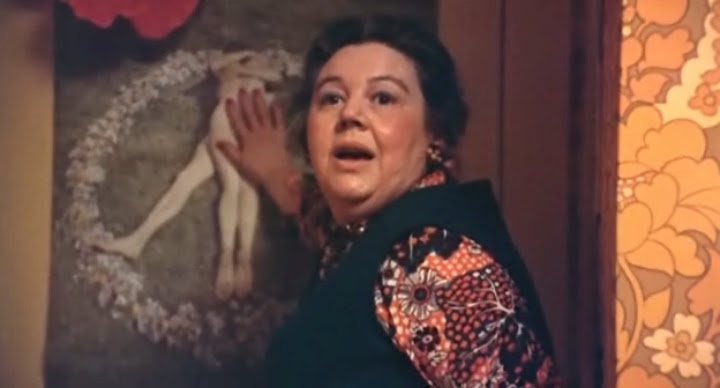 Dave is a bit of a prick. Hal should have taught him to be nicer. It’s interesting that we get an abortion storyline with the lead.

Meanwhile, Lois was getting a little kid drunk and was drinking at the police station. She and Mrs. Mac just might be involved in an alcoholism-athon.

The hockey scene should have been a clue to this movie’s “Canadianness”.

Dave needs to learn how to properly tune a piano.

The amazing thing here, as the search for the missing girl’s body gets under way, is that while there are obvious reasons to consider this the pioneer for slasher films, it is also so very much not like later slasher films. It is more like a police procedural, a mystery.

I was thinking of this movie—the abortion bit in particular, that is—in relation to Rowe v. Wade just the year before. But, since this is Canadian, I had to check on Canadian law regarding the same. Canadian law had also recently changed. While abortion had previously been illegal, in 1969, it was made allowable to have the procedure if a three-doctor committee decided it was warranted for the health or mental well-being of the mother. Still not a particularly common thing, so Juliet wanting one is a thing.

I don’t think we’re supposed to think Jess (Juliet) is unintelligent, but she doesn’t even think of how the caller can’t be Peter (Dave) until after the detective mentions it. You’d think she would have been wracking her brain already.

The fellatio joke earlier (not to mention just about anything Barb did before she got killed) and now the search party guys showing up at the door—these scenes play more like comedy than drama, and certainly not horror. The slasher genre has room in it for some comedic moments, of course, but at this point in 1974, there was no slasher film. Per previous discussion here, foundations had been built a good while earlier, and this film is like the first inkling of puberty for the genre, Halloween the big coming-of-age. When a Stranger Calls, while not as much a slasher film, also owes a notable detail to this film—or to the urban legend that birthed both, I suppose—the killer calling from inside the house.

That detail in particular is a defining detail here, and really for a lot of horror—the idea that the danger is not really from outsiders (a la Home Alone, perhaps) but from someone close. The twist at the end contradicts that a bit, though. More on that... tomorrow, I suppose.