i am a walrus

The movie begins with the song "(Don't You) Forget About Me" over the opening titles. Then a black screen and lines from David Bowie's "Changes" (recommended to Hughes by Ally Sheedy, by the way):

"...And these children
that you spit on
as they try to change their worlds
are immune to your consultations.
They're quite aware
of what they're going through..."

Or think they're aware, anyway. It's a hopeful thought for teenagers--children--that they are "immune" to the actions or words of folks like Assistant Principal Richard Vernon (or Principal Edward Rooney) or teachers or mothers and fathers, or each other for that matter. Those who spit upon them, those who would tell them what to do and how to do it, who to be and how to be it--unfortunately, we are never entirely immune. Each of these characters is trapped in a role he/she didn't really choose. Whether smothered or ignored by parents, pushes around by the administrators, or pushed by peer pressure--

(And there's even peer pressure here in the movie, in the Saturday detention. At the start of the day, at the start of the film, these characters are not peers, not really. (Well, maybe Claire and Andy; they know each other.) So, John's pestering does not count. But, by the time the door has closed and they have all been there for John's revelation about his father, and they have all run through the halls together, and then protected John from Vernon when he's under the table--they are peers. They have become something more than disparate individuals stuck in detention. So, when John goes to smoke, there is peer pressure in effect that brings them all together. (To be fair, the movie never quite suggests that Allison has smoked any of John's marijuana, just in case the Shermer police are reading and the statute of limitations hasn't expired.) And later, there is quite explicit peer pressure when they gang up on Claire to get her to admit she's a virgin... which is an interesting turn structurally. Claire's ability to have a "white wedding" was one of the first things John tried to get out of anyone--through his pestering--and then it becomes the thing that ties them all together when it is finally answered... sort of. It's debatable where the big conversation really turns--Andy's confession, Claire's admission, Brian's... or maybe the moment when they all re-turn against John for clapping sarcastically at Claire's talent. Maybe they are all already together once the big conversation is happening. Maybe they were all already together when Saturday detention started. The "Breakfast Club" specifically comes from a morning detention, so maybe the point here is that the club was formed first thing in the morning... Or maybe they've always been together and just didn't realize it because of societal divisions put upon them.

--these characters, and teenagers in general, do not get to choose who they are. They can make minor course corrections--for, as Meat Loaf sings in "Objects in the Rear View Mirror May Appear Closer Than They Are," "...if life is just a highway, then the soul is just a car"--but the road is already paved, the car is already pointed one way or another, and without some drastic moves, they just ain't gonna change it.

Fortunately for them, they are together in their powerlessness, and arguably gain some power, some agency, in revealing who they really are there in the Shermer High School library, Saturday, March 24, 1984. The point, obviously, is that these five teens are learning that they've all got problems, they've all got parents and friends telling them what to do and who to be. In the end, they might as well be singing, "I am he as you are he as you are me / And we are all together."

But, back to that highway. And, back to David Bowie. Earlier lyrics in the same verse of "Changes":

A sentiment Phil Connors and Siddhartha could get behind, a sentiment we should all understand. Changes come, smaller to bigger, but the stream--the highway--remains the same. These give teenagers become the best of friends, then what happens? Can they accept everyone into their group? Or is it unsustainable? Is the formation of in-groups and out-groups a social necessity just as much as it seems to be a genetic inevitability? Does it matter when the days are all the same? New friends, new lovers, you're still in the same high school, you've still got the same parents, you've still got to get your public education finished and then get a job to live like everybody else, be a consumer and reify the world order.

Consider John's notion--a joke, of course--that Andy getting up will lead to everyone getting up and that will lead to anarchy. The closest these five get to anarchy is when they're fighting in act one. And then they discover that they are not all that different and, well, it's still anarchy, but not how most people understand it. Most people hear anarchy and think chaos. John may be a bit of an agent of chaos--

--and he may lead the others to anarchy, but it is not disorderly. Sitting around for their big conversation--the heart of this story--they are violating two of Vernon's three rules for their detention (not talking and not moving from their seats). But that doesn't mean that they are unruly, disordered, chaotic.

(Not that I meant to get into a debate about the definition of anarchy.)

If every day's the same and every one of us has to deal with (mostly) the same problems and pressures, then how hard it is to pretend to power, to exercise personal agency. How hard it is to affect change outwardly, or inwardly.

But, that doesn't mean change is impossible. It's just really fucking hard. And the world will conspire against it. Friends will conspire against, and probably unconsciously, because a changed you will be unrecognizable, to they will react poorly to anything new (probably) and react favorably to the you they know and love.

"Pretty soon now you're gonna get older" and you're "Just gonna have to be a different man" or woman (or however you care to be labeled), because time will change you. And, you will change you. And everyone around you will resist... or they will try to control the change.

I wish you luck in changing how you want to change, and damn them who would say otherwise. You be you. Be the eggman. Be the walrus. Be who you want to be. We're all in this together. We can't all be the same, no matter how much Mother Culture wants us to be. 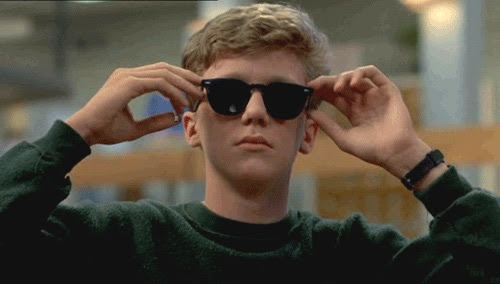