it was made now and it's about us

In class tonight, we were talking about finding a story. Like, you're producing a news story and you're in a situation and you need to know the main elements of the scene, but the story... the story has to be found. And, I got sidetracked in my head. I thought about one of my unpublished novels, possibly the best one of the bunch. It's called Clubhouse Blues. It began as my third attempt at a new storytelling format--a serialized story put online one chapter at a time. It was set in the same small California town as two of my previous novels--Seeing Her Naked and Twice Into the Same River. Each of these was built around children and/or teens trying to, you know, figure out life.

Seeing Her Naked had run for ten chapters, building an audience as I emailed out chapters as I wrote them. Each chapter was written in one sitting, about one a week. The night I wrote the last chapter was, up until that point, about the most painful night of my life. I was writing on a computer I had gotten in a lottery thing they did at my work when they were throwing out old computers. It had virtually no hard drive as it was generally hooked up to a network. I saved my files on floppy disks. When I would write a Seeing Her Naked chapter I would save the file, take the floppy to my sister's computer that was hooked up to a modem--this was 1999, when dial-up was still a thing--and transfer the text of the file into an email, paste in the addresses of my audience members, and hit send. That night, chapter ten, the end of the a novel I had poured a lot of emotion into in the first place, and when I went to copy the text out to email, well... it wasn't there. Or rather, the file was there, and inexplicably, some of the words were there, but with gaps. Imagine a typed page of text, and someone has gone through and erased the majority of the words on the page. This was how each page of the chapter appeared. I'm not ashamed to say there was panic as I returned to my own computer hoping I had left the file open or could recover it somehow. The was no autosave function in the old version of WordPerfect I was using. After the panic, there were tears. I cried until I feel asleep, emotionally and perhaps spiritually exhausted. I awoke in the morning at about 6am. I had to be to work by 8. With a strange sort of stubbornness, I put behind me the tears of the night before and started typing, and I typed and I typed. The sort of insane typing I get into with this blog sometimes, producing far too many words in far too short a time. I rewrote that final chapter, hitting the words that were there and working what of them I could into a new--and I still contend, lesser--version of that final chapter. In a way, the new version may have worked because of the pain of the night before. When the character of Katie confronts Joel about his urge to adultery, the argument felt to me more visceral, infused with something it hadn't been before.

Twice Into the Same River took up the story of the next generation in the same town. Where the first story had been very much grounded in reality and focused narrowly on a handful of characters as they aged a couple decades, Twice Into the Same River involved a larger ensemble, and introduced (at first only implicitly then very much explicitly) the supernatural, and it twisted itself around mental illness and child abuse where the earlier story had simply been about coupling through various stages of life. This story was more ambitious and I imagined it going on for dozens of chapters, like a text version of a TV series, not a serialized novel but something a little more elaborate. But then a personal setback sent my into several months of depression and after another chapter that began with a very different tone than what had come before--anger--I abandoned the story for a few months. When I picked it back up, I had to restructure it a little and rewrite a few bits to make that angry transition fit the story. The second half of the story would never be as... Not good, but as relaxed, as natural. The second half would never feel quite as real to me. The first half had involved the sudden appearance of a man claiming to be an angel and that scene absolutely worked. The new chapters introduced a ghost and brought back the angel again but overcomplicated the personal parts of the story. While I think the final product does work, I think it never came close to what I had originally had in mind.

My third visit to the same town returned to something more like the first story, four characters at the core and two of them taking the majority of the action and acting as what I like to call dueling narrators. I did not have any notion of where the story was going to go. Again, I wanted to try something longform, indefinite. Clubhouse Blues began with the discovery of an abandoned treehouse in the woods, guarded as it were by a wild turkey with a vicious streak. It quickly drifted from a simple story about a group of 12-year-old into a virtual indictment of American society and the world as seen from two very different kids who just happened to be very attached to one another. I knew almost immediately that this story could never be indefinite. Weirdly, I cared too much about these characters to want to force them to linger too long. They had a story to tell, a story to live, and I would write it and I would end it.

Nothing interrupted me this time. No file got corrupted. Aside from one brief rewrite session when I was maybe 20 pages into the story in order to separate the two protagonists' narrative voices a little more clearly, the book happened without a hitch. And this one was very much a novel, though I had not intended it to be. The story climaxed around a series of confessions, a tragic accident and the two leads deliberately turning their lives in different directions in response. And, I could not have had imagined the final product when I started... Okay, I could have imagined it. But, I didn't imagine it. I imagined something very different. But, as I said at the top of this very long--and very unrelated to film--tale, Clubhouse Blues is possibly the best of my novels, the one I keep wanting to pull back out, edit if need be, and send to publishers. In recent years, I have not had the time, or maybe the motivation, to really figure out what publishers to contact or how. I've moved on. Never 100% beyond the idea of being a writer, but I have found other outlets. This blog, for example.

And, I watch movies--Life Itself is playing again as I write all this. It's just past the hour mark. I don't know if I have anything to say about the film specifically. But for this--and it may seem obvious--life is like that story above. It can head in directions you never expected, but those new directions can sometimes be better than anything you might have imagined. 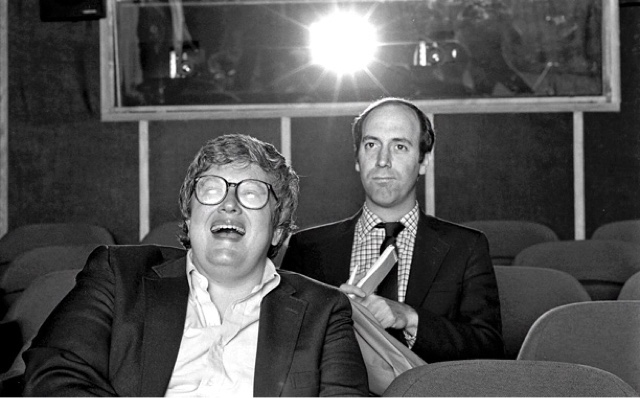 To be fair, sometimes the new directions can be dead ends, or can be absolutely the wrong direction and you need to turn back or try something else entirely. But, like Phil Connors taking one Groundhog Day at a time, you figure it out. Test the waters and do what you have to do to get by, to survive, to thrive. Find love, find friendship, find something worthwhile to take up your time, and be happy. It may be a struggle, it may come easy, it may do either depending on the day of the week. But, if you find your story, it's worth it.