reach out and empathize with other people

Got Life Itself playing again right now. Also watched 45 Years today--not a film for people who don't like it slow, but I loved it until it didn't seem to really end, it was just... not on anymore. #NoClosure

Sorry for the hashtag, but I just spent a couple hours watching and livetweeting #JurassicWorld on the Groundhog Day Project's Twitter (after livetweeting (though I didn't actually tweet much for this one) the State of the Union with my personal Twitter) and hashtags were getting thrown around a lot.

I considered just copying and pasting the tweets here as today's blog entry, but I realized I have not gotten to something I really wanted to get to when I watched Life Itself the first time. I used Roger's line about movies being a machine that generates empathy as my title and never really got to the empathy thing. Plus, the tweets are probably best enjoyed in the format in which they were posted. Click the link above and check them out.

Blasco and Moreto (2012) write about how movies produce empathy in the Journal of Education and Learning. And, regardless of their specifics, I buy the general idea absolutely. Watch enough movies, watch enough different movies, and of course you're going to be more capable of caring about different types of people. And, yes, I am saying I am more capable of caring about people than a whole lot of you--but maybe not the ones who would bother to read this blog, I suppose. In any given film, we are asked implicitly to identify with the protagonist, whether he or she or they is a pleasant, likable person in a "normal" situation, or a serial killer, an assassin, a weatherman, a teacher, a doctor, a stubborn child, a social butterfly, a social moth, a cop, a criminal, a film critic, a filmmaker... And so on. Whatever the protagonist may be, we identify or the film doesn't work for us. And, I think the reason I am able to enjoy so many different types of movies is because--and this is a little solipsistic--because I am able to enjoy so many different types of movies. That is to say, it is a condition that manifests and fuels itself. Watch enough movies, identify with enough characters, and you will find yourself able to watch more movies and identify with more characters. And, this can translate over into real life.

Watching Life Itself, for example, I don't get the impression that Roger Ebert ever really hated anyone. Sure, he and Gene Siskel had a fun antagonism between them, but even when Gene calls Roger an asshole in the film it doesn't feel like a fight that will last. Like the scene later where they bond as a Catholic and a Jew laughing at Protestants, they are more like brothers than colleagues, and definitely are not enemies. I would and do contend that watching so many movies is why they could get along even when fighting. Movies can be, at the same damn time, absolutely infuriating in how they can throw us up against one another in conflict and draw us together as movie lovers. In the class I'm taking this quarter, I may write about Michael Schulman's article about me and Groundhog Day and Danny Rubin, so I was looking at that article again yesterday after not having looked at it for a while, and I was reminded of the crowd there in Woodstock (and wish I could go there again this year, or next year, or every year) and how many people were there for not just the occasion of Groundhog Day but the celebration of Groundhog Day. A crowd of people gathered together over a single film. Take all the films that have ever been made and that crowd expands immeasurably in my mind and I wonder for a moment why the hell any of us ever hurt anyone, why any of us ever fight, why any of us ever go to war. We're all stuck here on this world, in this life, however the details may play out, and it sickens me that some people are, for example, so well off when some people are starving, why some people are so intent on killing others when there are people out there desperate for a connection. Like war and dating apps should not exist in the same universe or something. 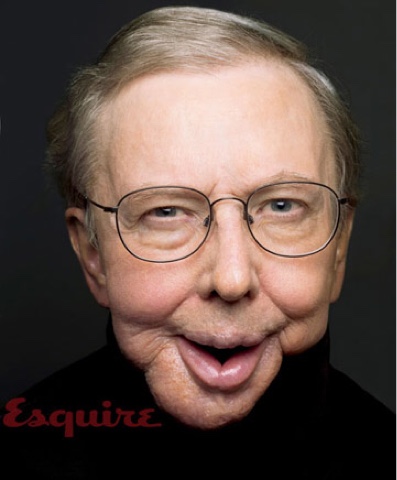 Take 45 Years for example. The premise, since most of you won't see it, is that a body has been found and the husband in the old couple at the film's center gets the news and things his wife never knew about his past come out. Nothing dark and sinister, but things powerful and forgotten. A past love that she never knew about. The film takes its time dealing with her curiosity and gradual distancing and suspicion over his apparent attachment to this long forgotten woman in his past. And, I'm watching this and I'm thinking, why be suspicious? I mean, of course we all have pasts, we all have things that matter to us and that can take complete hold over us in the right situation. That doesn't mean we do not have room for anything else. For anyone else. Forty-five years together and this woman (Charlotte Rampling) is worried as if her husband is about to leave her for another woman, but he's only leaving her for a memory, and he's only leaving her for a moment, and he will return. The past had power, obviously. But, the present is the present. The present is now. The present can eventually combat any drift into the past. It might need some help. But, it will win out. It must, or we must move on, give up, find something or someone new.

The thing is, help exists.

Apparently, I am not the cynic today. I am the hopeless romantic, hopeful about the future, about the world, about people and our ability to actually get along if we just take some fucking time to get to know one another. I mean, I spent a year with Phil Connors, and I come back to him still every month, and I think of him, stuck in Punxsutawny as he thought he was, and he learns to love it at the same time that he learns to care about the people there. He becomes a better person not because he learns to play the piano and to sculpt ice and speak French (though those things probably help) but because he learns to care about other people, about strangers, about people for which he previously felt nothing but disdain. And, all he had to watch was Heidi II.

None of us should be killing anybody. We should be cooking up some popcorn and having a good damn time. Fuck guns. Fuck bombs. Have some snacks and watch a movie. And talk about it after.