I'd like to talk about something else--and I will try tomorrow--but I am stuck. Deliberately stuck, but stuck nonetheless. I could write about Room again; I didn't really say much about it before, not specifically. I could make a good comparison between the "room" section of the film to Groundhog Day, take this blog back to year one. All Groundhog Day, all the time.

(If I were coding this entry for my thesis, that would be code 6--reference to another film besides today's film.) 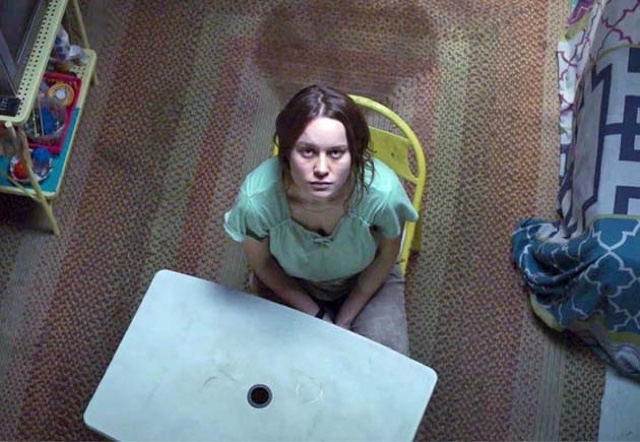 (There should be a code for neglecting to write while I watch the movie.)

I feel like there is something more about the Oscars and specifically #OscarsSoWhite that I need to say. (Tomorrow, I hope to have something done outside of this blog related to all that.)

Like people who say that black actors (because people on both sides of this issue keep neglecting other people of colour) should get better roles and, you know, act better if they want to be nominated. Nevermind that the first part there--getting better roles--is missing the point; they a) have better roles already and you just don't notice or b) they can't get better roles because all the good roles are written for or are defaulted to white actors. I challenged someone on Facebook about this topic and asked about the notable "black" films like Straight Outta Compton, Concussion, Chi-Raq, Tangerine and Beasts of No Nation. The person said she hadn't seen anything Oscar worthy in those films. I asked for confirmation that she had actually seen those films but she offered none. I don't think she had.

I was reminded of this angle a few days ago while reading Jill Leovy's Ghettoside.

(That's code 7, because I'm reading that book for school. When I quote it in a moment, it's code 9 for an outside source. 9A, actually, because there's no link and I'm not going to offer a references list below.)

Writing about the idea that black people might be naturally violent, and what some cops think about that notion. Francis Coughlin, a detective says, "Maybe the stereotype is true... I don't know! I like to think it is a choice. Even in this environment, you have a choice!" Leovy's adds detail: "His voice betrayed a touch of anguish--the whole issue so delicate and painful." Then, there's this:

"Choices" rhetoric helped officers ascribe the violence of Watts to individuals and thus avoid explanations that felt like group generalizations about black people. But talk of "choices" also inevitably raised questions of blame. And since blame also served as a satisfying distancing mechanism, officers ended by blaming not just suspects but victims for the "choices" they'd made. (p. 65)

Some people want to blame black filmmakers and stars for not being good enough or not making films that are good enough. As if "choice" were entirely free. Of course, some textbooks are being changed so slaves are called workers, so it's not as if we as a society are headed toward an actual open dialogue about this topic. Race--I mean. Not the Oscars.

Take Room for instance. Jack has spent his whole life in a single room. He doesn't know how the world is supposed to be, how he's supposed to act. Circumstance, unfortunately, dictates circumstance; meaning, one's past leads to one's present. The whole movie industry has been dominated by white actor and white filmmakers for... well, since it's beginning. Some people, I'm fairly sure, are perfectly okay with that. I don't like those people.

(There would be a code 1 somewhere here because I'm talking so much about myself. But, at this point, I'm fairly sure that I am supposed to talk about myself. I've said many times that I do not write reviews.. Rather, I write... responses to films. I write essays, if you will, inspired by films. I write blog entire,s journal entries, a public diary about my obsession with movies, or something like that. But, the point is that this blog is as much, if not more than, about me as it is about movies. But, even there... there's the rub, as Shakespeare might say. The rub is that I am shaped by film as film is shaped by me. You are shaped by film as film is shaped by you. When we celebrate only certain films, it says something about us, about who we are. When it comes to film, I will try most anything. There are few movies that I have turned off and given up on rather than watch to then end. (If you must know, two that come to mind right away are Greystone Park and Ultraviolet.) I am open to a lot of types of films--though it's no secret that I don't make an effort to watch modern romantic comedies very often. And, I don't watch nearly enough documentaries...

Near the end of Room, Jack in voiceover says. (And you should forgive his phrasing), "There's so much of place in the world. There less time because time has to be spread extra thing over all the places, like butter. So, all the person's say, 'Hurry up! Let's get going. Pick up the pace. Finish up now.'" I know these lines were written by an adult but I find it a strangely apropos use of this child's understanding as to the way the world works. So many of us are in too much of a hurry to get through the day that we can't be bothered to fix anything. Let things remain as they are because that's easier. White people in charge. Men in charge. Heterosexuals accepted. Christians accepted. And, well, fuck everything else. Like some two-dimensional notion of a three-dimensional world. We just cannot fathom the Other quite right. so it remains the Other. It remains something else, not human, nor normal. Challenge the status quo and we don't have to stomp you down with force because there are millions of us. Like some reverse "light as a feather, stiff as a board" game. Get enough of us pushing you down with just a finger, or just a word, and it's the same as one of us beating you with a club, shooting you with a gun. You will not amount to anything as long as we remain, en masse, against you.

(That's code 5 for argument, by the way. It may sound like a catch all but it's deeper than that.)

I want to move on.

But, I will not. Not as long as the world refuses to.

Unlike some people, though, I have film to carry me.