it's not quite reality

The shot also suggests the “immediacy” of video with the shakiness of the camerawork, which implies that someone has picked up the camera spontaneously, creating or reinforcing the sense of liveness... (Tryon, 2009, p. 43)

The concept of the found footage film is fairly simple: someone—someone real, mind you—filmed the events in question, and now we are privy to that footage. With the found footage horror film, in particular, we can guess someone has probably died. The opening titlecard for The Blair Witch Project informs us that these three students disappeared. Paranormal Activity gives us a similar titlecard at the end, informing us that Micah’s body was found but Katie disappeared. The text mimics that we might see at the beginning or end of an actual documentary, which (minus selective editing) is supposed to present objective reality.

(By the way, my daughter Saer apparently thought this movie was real, still. She has just claimed that I ruined her childhood by showing her this movie when she was young and letting her believe it was real.)

Really, though parenthetical, that right there is the point to the found footage film—we are supposed to believe it is real. It saves us a little trouble as audience members, really; we don’t have to connect with a character to care what happens to them because these are real people and real events. Many of us have been in the woods, have gone camping. And, if we haven’t gone camping, we certainly have been frightened by darkness—it’s a natural, human response. Roger Ebert actually makes a point of this in his review of The Blair Witch Project; he says, “Horror films that tap into our hard-wired instinctive fears probe a deeper place than movies with more sophisticated threats. A villain is only an actor, but a shark is more than a shark.” This is not some, specific masked killer but something bigger, something existential...

It’s not always a horror film. Cloverfield is close, but Chronicle, for the most part, is not a horror film at all. (Of course, in that big climactic fight, Chronicle starts to stretch the definition of found footage a bit.) But, whatever it is, “the premise explains [both] the rough quality of the material and the looseness of the story line, and at the same time invites the maximum suspension of disbelief” (Telotte, 2001, p. 141).

Anyway, some of the basic elements of the found footage film: 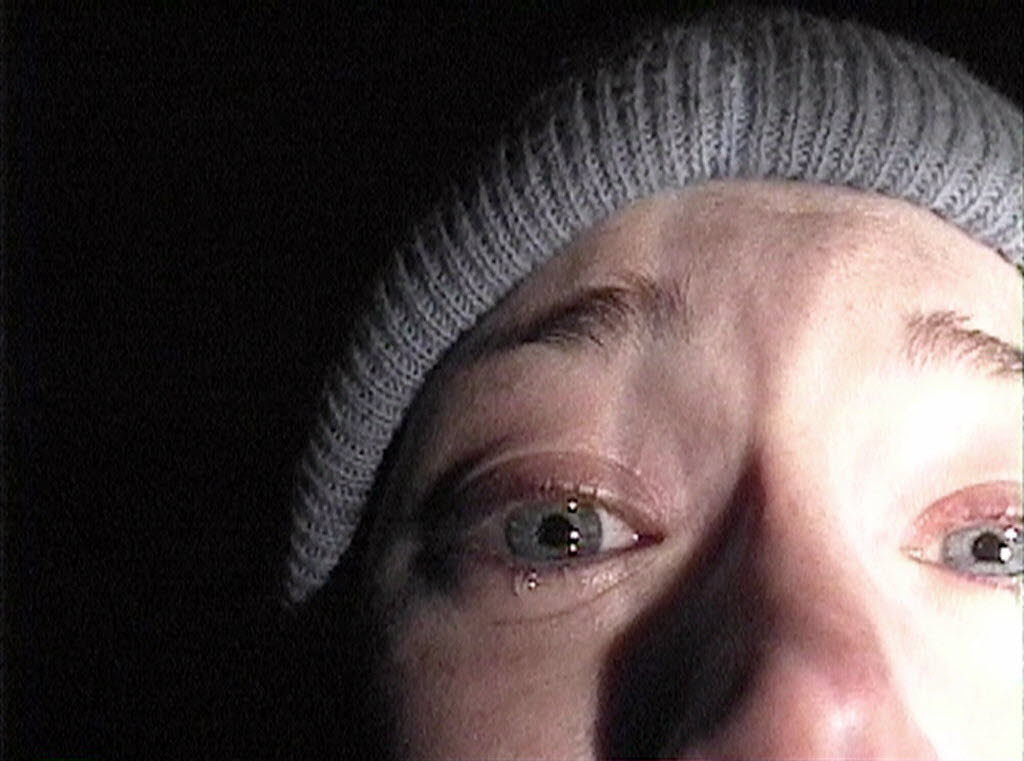 For while the camera is a device that appears to let us capture the real, to chronicle in ‘as straightforward a way as possible,’ it also constrains our experience by restricting what we can see only as far as the limited light on their camera. (Martin, 2009, p. 38)

Of course, while technology might usually mean an objective comfort—i.e. when the film ends, we are returned safely to the theater, the lights go up, we go home—in the found footage horror film demonstrates something else; “their cameras and sound equipment, designed to record the real, offer no insulation against a mysterious, perhaps even supernatural realm” (Telotte, 2001, p. 38).

We can connect with the characters in a film under normal circumstances, when there’s a nice scripted narrative, wrapped up with all the trappings of proper screenplay structure and all the usual cinematic details. In the found footage movie, that process is, well, either much easier or near impossible. Real people can be more irritating, more shrill than your average film character. (I’ll probably get into Heather’s shrilness tomorrow, in fact.) And, real people don’t have prescribed motivations, singular aims and wishes that are made obvious by the story’s structure. But, then again, they are more real. We may have to be in the mood for real, but if we are, the real character is far easier to connect with, just like we might connect with our friends or our family or a new acquaintance we have just made.

As far as found footage goes, Powell (2001/2002) describes the ending of The Blair Witch Project fairly well. He writes:

The Blair Witch never becomes visible, and what we get instead is the horror of the final, ultimate failure of filmmaking, the cameras crashing down, their flow of images ceasing—and the disturbing implication that the worst is yet to come, and worse still, we won’t get to see it! The effect of all of this is a profound anxiety, one that extends beyond the characters and the narrative to encompass the very means of representation themselves. (p. 142)