used to tell you bedtime stories

Behind the more mundane details, like Malcolm serving as a surrogate for Cole’s absent father, M. Night Shyamalan likes to put big ideas into his movies. Sometimes he’s a little obvious about it. Hell, Lady in the Water basically invents an entirely new mythology just to play at something big. I’ve got Lady in the Water playing beside me right now as I write this, and I’d say this is the point at which Shyamalan really became… well, a joke. Despite many seemingly incorrect notions about comic books, Unbreakable remains a fairly good film, even if it tends to be lesser Shyamalan. Signs, despite an overtly (ridiculously) religious ending, still plays quite well. The Village, with a few minor changes, would be great, but instead is just mostly (that is, through most of the film) good and partly just awful. Lady in the Water--well, it is something else entirely, Shyamalan getting bigger than himself. News reports on war in just the first few minutes of the film remind me of the newspaper Shyamalan himself holds in his bit part in The Village with its headlines about war. Shyamalan seems to be trying to create a new world in Lady in the Water isolated just like the titular village in his previous film, but without the artifice of the past. 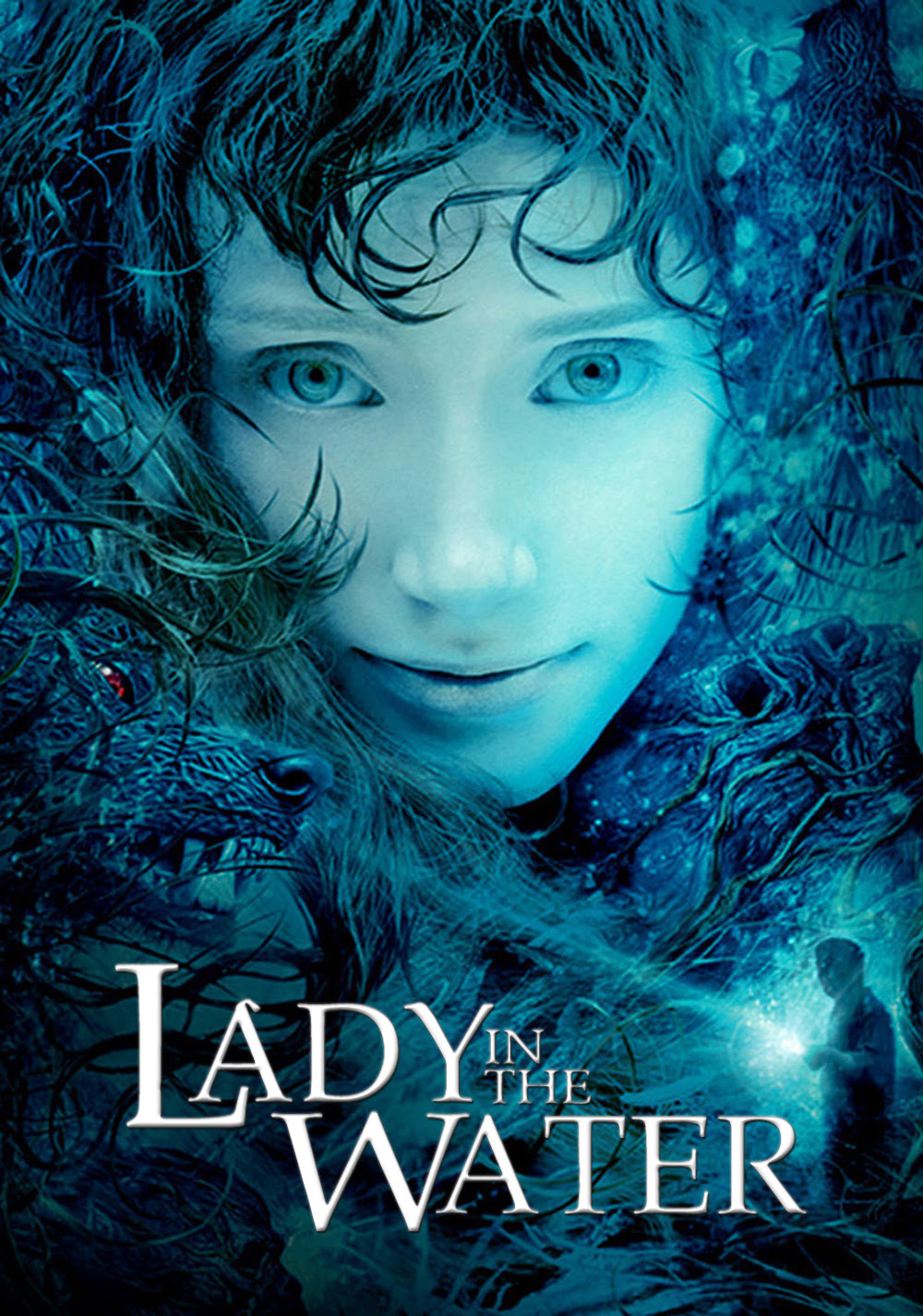 The invented mythology of Lady in the Water gets a bit complicated, narfs, scrunts, tartutic, the blue world, the symbolist, the guardian, the guild, and the healer, an eagle… Carson Reeves in his Scriptshadow blog describes it quite well:

If you try and make your mythology too extensive, it will become bigger than the story, and begin to drown it. This was the downfall of Lady In The Water. There were narfs and scrats and water people and tree people and eagles and madame narfs and rules upon rules upon rules of how this universe was supposed to work. It was too much. Too confusing. And eventually the audience checked out because they couldn’t keep up with it all.

Manohla Dargis, writing for the New York Times is even less kind:

[Shyamalan] appears insistent on clinging to myths, particularly about innocence and faith, that serve the myth of his own genius. In “Lady in the Water,” an unseen narrator (David Ogden Stiers) explains that while man once listened to “those in the water,” he no longer does, which is why we have gone to hell in a handbasket or words to that effect. Apparently those who live in the water now roam the earth trying to make us listen, though initially it’s rather foggy as to what precisely we are supposed to hear — the crash of the waves, the songs of the sirens, the voice of God — until we realize that of course we’re meant to cup our ear to an even higher power: Mr. Shyamalan.

I think the problem with Shyamalan’s invented mythology, and his seeming insistence on his own greatness, is summed up in a brief scene in Lady in the Water. Cleveland (Paul Giamatti) is looking for a writer in the building, and one of the apartments he visits has a bunch of stoners in it. They’re talking about how people “don’t even speak English anymore.” The conversation goes something like this (and I didn’t try to figure out who was saying what, the stoners are mostly interchangeable):

You don’t even speak English anymore.

What, reekage? Damn straight it’s English. The state of reek.

Some toker just like us made it up somewhere, and here you are speaking it.

It needs to be on some T-shirt or something, you ass.

No, it doesn’t. It just catches on. People just start saying it.

What? Blim-blam? Somebody already said that.

I imagine Lady in the Water is Shyamalan’s attempt at a witty phrase, but all we got was blim-blam.

His own film critic character tells us, “There is no originality left in the world.” If nothing else, at least Shyamalan tried something original.

The obvious mythology involves the generic sort of folklore we place on many a ghost story; ghosts exist because the dead have unfinished business, for example. The less obvious mythology, presented explicitly (but veiled under a second level of fiction) in one sequence but hardly seeming to connect through the rest of the story, is Arthurian mythology. Harty (2000), writing for Arthuriana, calls “the Arthurian myth… central to the plot of M. Night Shyamalan’s The Sixth Sense” (p. 57).

But, I will have to get to that in more detail tomorrow.