nice solid R rating on our way to an NC-17

"The death of a beautiful woman is, unquestionably, the most poetic topic in the world." - Edgar Allan Poe, "The Philosophy of Composition" 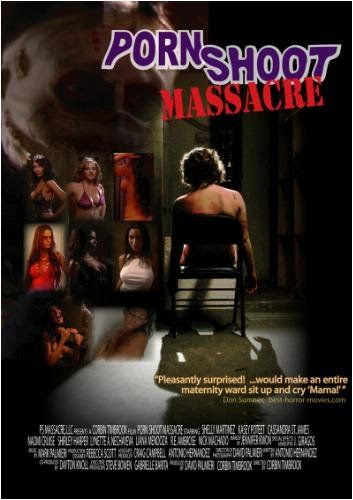 (Watching Scream 4 (or, more properly SCRE4M) before Scream tonight, but it probably won't come up in this entry much, if at all.)

Let's get the first step in the process out of the way. Gothic horror, which surely has its roots in fables and fairy tales, gives way to contemporary horror. Gill (2002) writes:

Contemporary horror plays out many of the defining characteristics of the gothic: defenseless heroines; suppressed passions; unspeakable desires; fearful landscapes and haunted, uncanny interiors; untrustworthy and suspicious relations and relationships; terrifying uncertainty and stifling knowledge; familial secrets and their dreadful exposure; and jarring juxtapositions of the moral and the monstrous, the sexual and the grotesque, the virtuous and the violent. (p. 16)

The slasher film focuses us in on specific iterations of these characteristics; for example, the moral Final Girl and the monstrous killer, the sexual victims and the grotesque killer/killings. Scream, for a later example, certainly includes its (mostly) defenseless heroine, its suppressed passions, its unspeakable... no, they speak about their desires because they are modern teenagers and they can't help it. There is no haunted interior, no "terrible place"--a detail of Clover's (1987) work that hasn't figured into this discussion for this very reason; it's a uterine, enclosed location, the tunnel in Texas Chainsaw Massacre 2, the killer's carcass-ceilinged lair in Jeepers Creepers, Jason's shack in Friday the 13th Part 2, and so many more, going back to the basement of the Bates house in Psycho.

Continuing, Scream has its untrustworthy and suspicious relations and relationships (Sidney's boyfriend, Sidney's father, and going down the line to Scream 3, Sidney's mother as well), its familial secrets (see the previous parenthetical)... Scream does deliberately that which comes naturally to most any film in the slasher subgenre, invoking all these elements and adding more--the undying killer, for example. But, old elements being already familiar, and newer elements being repeated from film to film--well, it gets a bit monotonous. Wee (2005), argues, "By the mid-1980s, however, the slasher film appeared to reach a point of exhaustion" (p. 45). Take the Halloween series as case in point. After the 1978 original and its 1981 sequel, the story was left behind for an attempt at launching an anthology-like series out of the title in '82. That met a cold reception and the only option was to bring back Michael Myers in 1988's Halloween 4: The Return of Michael Myers. Meanwhile, the Friday the 13th, the Nightmare on Elm Street series, and others pumped out sequel after sequel, ranging in quality and tone (The Elm Street films became more comedy than horror, but then again, maybe those two genres are as closely related as horror is to pornography, playing on our more impulsive emotional responses than, say, a slower paced drama.).

Wee continues: "The formulaic nature of subsequent low-budget, independently produced slashers, and the excessive repetitions in the form of the sequels, remakes, and imitations, inevitably made the audience overly familiar with the genre" (p. 45). By the 90s, the slasher genre was stale, already needing inventing. Jason Goes to Hell: The Final Friday (1993), for example, is not structured like the previous Friday the 13th outings, with a camper sequence added on as a superfluous reminder of what had come before. Hell, Jason Takes Manhattan had already removed the familiar locale. Hollywood needs familiarity to get audiences into theaters, so the slasher film has to be refashioned. This meant keeping many of those same characteristics inherited from gothic horror, "while simultaneously updating this material" (Wee, p. 45). Hence, Scream.

Before this reinvention, we'd already gotten to the point of cheering on the monsters. Until that third act chase with the Final Girl, we were just fine with the killer POV shots and the stalking and wondering just how these movies could keep finding new, unique ways to kill. It was no longer just the obvious phallic blades, carving knives and chainsaws and machetes; now there was a speargun, a pitchfork, a shotgun (but not to shoot anyone), a sleeping bag and even a steamroom rock, just to name a few. The basic formula remained--to quote Dennis Miller (though he was talking about AIDS), "you fuck, you die." Titillation could only go so far. Keisner (2008), tells us, "the monster represents the underbelly of society, the uncivilized, the unethical; these monsters give in to their unacceptable (and psychotic) desires, representing the 'bestial, animal side of man that must be sought out and conquered'" (pp. 416-417, quoting de Lauretis, 2000). But, it is not just the killer who gives in to "unacceptable" desires. All those soon-to-die teenagers and 20-somethings--they give in to their desires as well, and it costs them their lives. That conservative moral center the the slasher film wraps itself around so comfortably--it dictates that, sure, the audience is allowed to see some sex and some (often gratuitous) nudity, but only so long as there is some consequence, even if the connection between the two is more implicit than explicit. While there may be a stinger at the end of a slasher film to imply the killer has not actually died, the general rule is that the immoral denizens of the film are killed, the more pure Final Girl lives and she is able to stop the killer. It's a simple, moral equation. And, it works to reify and simplify our worldview...

In my recent paper, "From Charioteer Myth to Shoulder Angel: A Rhetorical Look at Our Divided Soul," I mapped Bentham's (by way of Foucault) panopticon onto our internal struggle in choosing between good and evil. I argued that the only reason we have to choose one over the other is

that we believe in the existence of moral rightness. This belief presumes that our actions will be weighed by, if not a God or gods, then by the society around us. The good/bad binary keeps us in line because we believe one option is the correct one. Foucault’s (1979) “guarantee of order” comes from the “invisibility” inherent in narrowing down the panoply of real choices we have to an obvious, and omnipresent, two.

I would now extend that argument; it is not merely older, mythic stories that provide us with some measure of that binary but also modern stories, morality tales like the horror film, the slasher film. Though we can cheer the killer and enjoy some gratuitous skin, ultimately, the slasher film drags us back onto the side of good, the side of morality. By connecting with the Final Girl, we choose the good side of the binary, and it makes up for whatever evil elements we may have cheered or enjoyed watching. It's like a confessional. We leave our earlier sins behind and choose to be good.

Williams (1989) directly compares sadomasochistic pornography to the slasher film, the obvious difference being that

in sadomasochistic pornography the sexual female 'victim/heroes' survive, not by avoiding sexual pleasure but by being punished in it. When the female victim cringes at the phallic power of the dominator, she gains a power over this dominator that resembles the momentary power of the slasher film's victim/hero" (p. 51)

Keisner gets at the idea I was aiming for just now. The binary is built by boundaries. There are rules. Horror and pornography both invite us to break the rules, to cross society's boundaries, even if only momentarily, even if only in our minds. Keisner (2008) writes:

While pornography blurs bodily boundaries through a pleasurable sexual release, horror movies blur boundaries through the actual destruction of physical boundaries, the promise of pain, and the resulting pleasure of heightened pain. The juxtaposition of sexual images with violent ones further erases the boundaries between pleasure and pain; thus, the vicariously experienced near-death moment in postmodern horror at once incites pleasure and pain for the viewer. (p. 421)

There is the key to all of this. That vicariously experienced near-death moment, or really the vicariously experienced death moment, operates just as the vicariously experienced orgasmic moment in pornography. It arouses, it excites, and it brings us the brink of... well, it brings us to a climax that satisfies without all the mess of reality. In real life, sex is messy, physically messy and emotionally messy. Death is even messier. But, the vicarious experience of either of these two amounts to something much cleaner, but potentially just as satisfying. And, no, I'm not saying that we yearn for death, but we certainly benefit from experiencing it without experiencing it. Briefel (2009) argues, "horror films appeal to our desire for life rather than to our death drive" by turning death into a) "an event that can be overlooked" (especially in the case of films involving ghosts) and b) an event that can be repressed with "repeated viewings [that] demystify the power that death initially holds" (p. 95, 96, 100).

(While the Final Destination films do not involve, strictly speaking, torture on screen, the drawn out death sequences work the same way, and effectively torture we in the audience if not the onscreen victim.)

The slasher film was already 1) focusing on elaborate set pieces and 2) essentially removing the killer from the main action. There is no Final Girl in Final Destination. And, really, there is no killer. All there is, is death. Clever, Rube Goldbergian death, designed to make us yearn for the moment of death rather than dread it. Advancements in visual effects that had already been making onscreen death more and more gruesome and real now meant that these deaths--and those in the films more likely to be labeled torture porn--stuff like the Hostel films or the Saw films--would become the focus, the draw. Wyrick (1998) argues, "Instead of violence meant to force the viewer to look away, violence became the excuse for elaborate special effects--effects that may have been intended to disgust, but were just as much intended to fascinate" (p. 122).

The violence takes over, dominates over even the morality lesson (though, I would argue there are very strong moral lessons in both the Hostel and Saw films), and since that is the element that excites us, we still go to the movies. And, horror in particular still draws us in because, like pornography, it focuses on a more visceral reaction, acting on us physically as well as psychologically. We like horror for the same reason we like roller coasters. Fear makes us feel alive, but horror contains that fear, wraps it up and fictionalizes it. I'm reminded of Joey on Friends putting The Shining in the freezer because it is too scary. Really, that putting away--that is the process the fictional horror story is already doing for us, separating us from the horrors of the real world and, in having the Final Girl win in the end, letting us know that everything is just fine.

We have exercised and exorcised our fear at the same time.