she keeps leaving shit outside your door 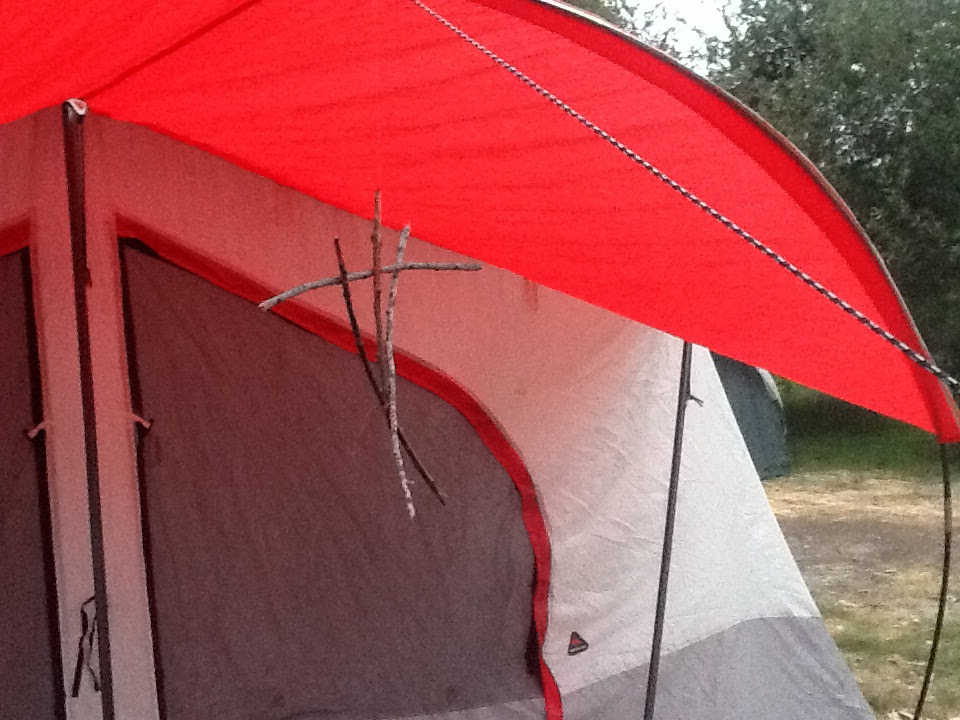 Three years after student filmmakers Heather Donahue, Michael Williams, and Joshua Leonard disappeared in the forests of Maryland's Black Hills, law enforcement authorities finally released all of the evidence they had discovered in the case to the students' families. Among the items returned were several reels of black-and-white film and close to a dozen videocassettes that had never before been made public. (Stern, 1999, p. ix)

(I quoted that line regarding Ringu/The Ring, I'm pretty sure.)

You don't see the witch or any other killer in the film. Hell, after the first 15 minutes or so, you don't see anybody except for Heather, Mike and Josh. The film is, weirdly, both entirely streamlined because of this simplicity and, at the same time, meandering and somewhat slow for a horror film. Much of the movie is the three "actors" walking through the woods, first to make their documentary about the titular witch, then to find their way back out of the woods after they become lost. The resulting whole, Tryon (2009) calls "perhaps the pivotal horror film experience of the late 1990s" (p. 42).

Today, a basic review. And, from my memory of having watch the film previously. I have not actually watched the film today yet. As I mentioned yesterday, I am camping today. Right now is a weird technological break from the campout, my iPad and wireless keyboard on the table, weighing down a few articles because of the wind. I plan to watch the film later by the campfire.

The real story for today, separate from commentary on the film, is the picture above, and these others. 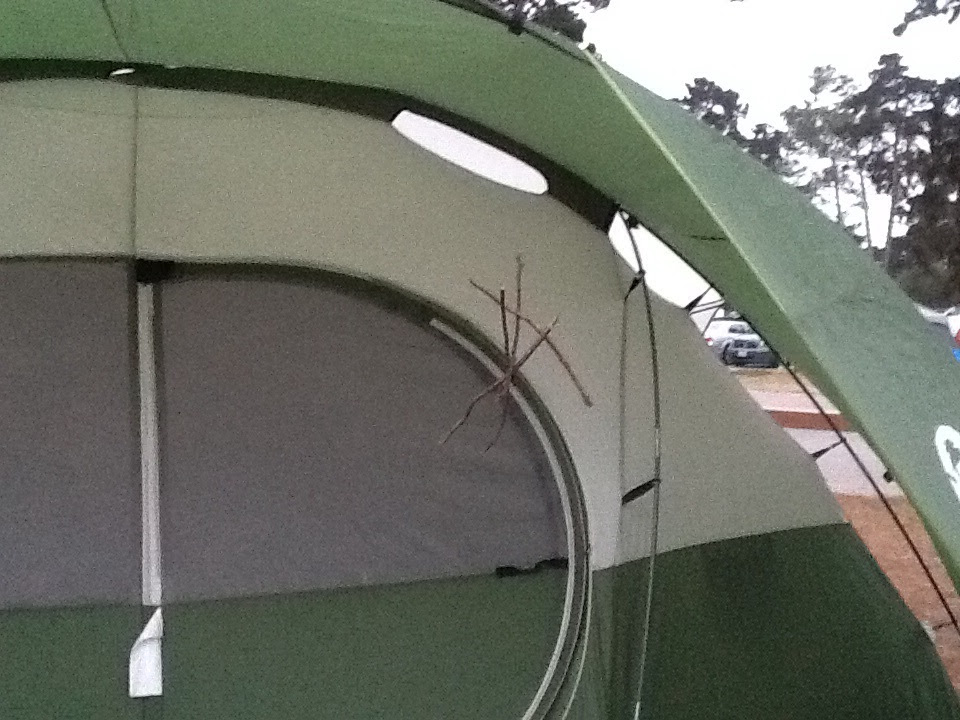 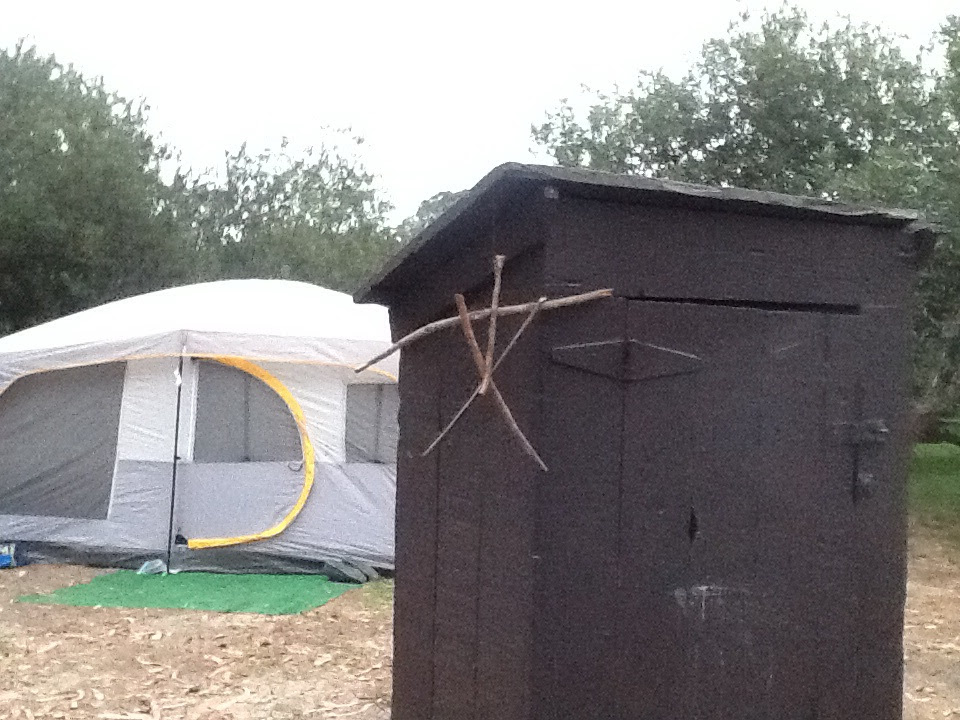 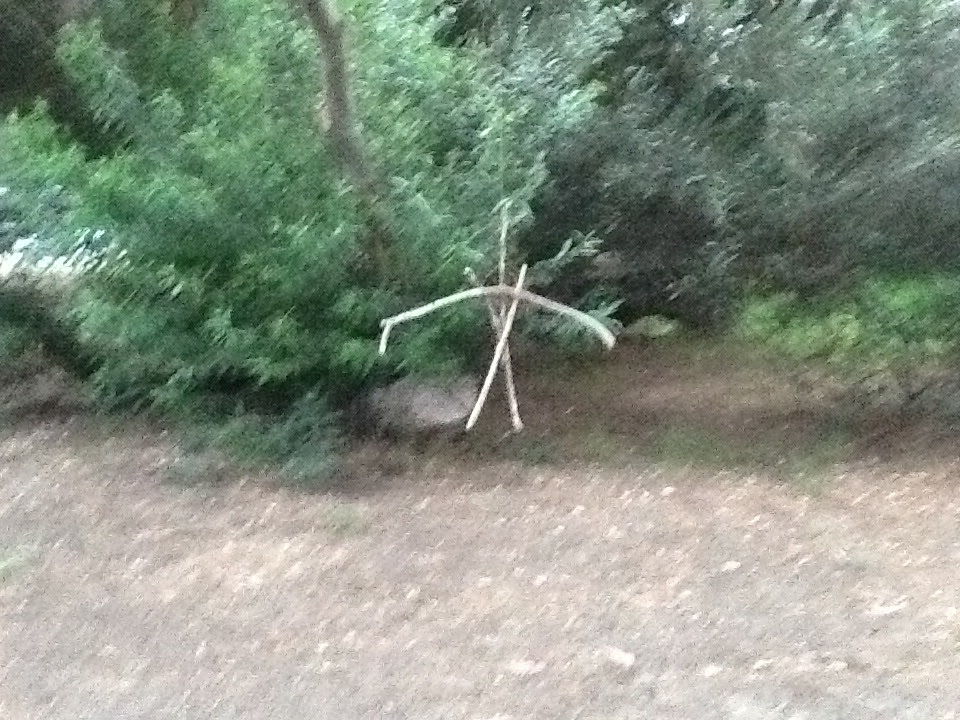 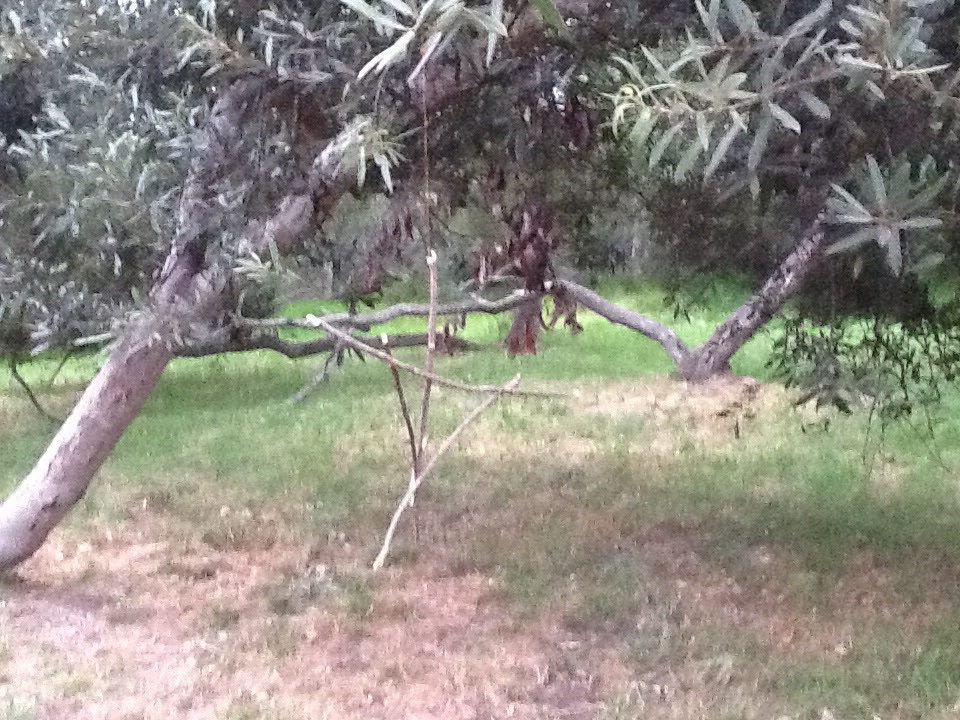 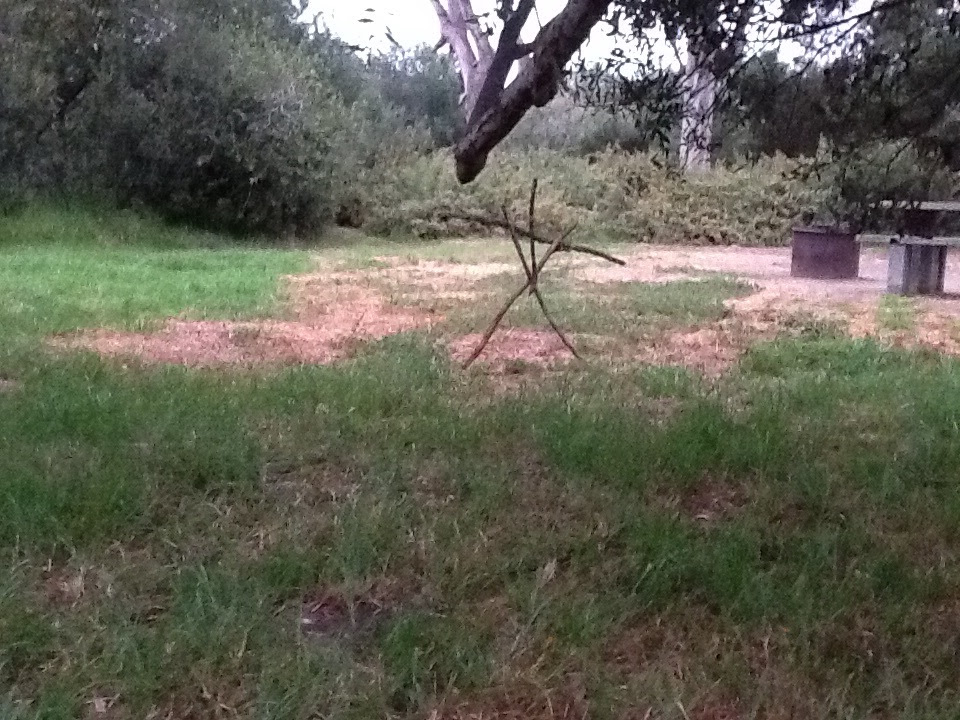 (If those appear upsidedown, I apologize. If they don't, just be confused, I guess.)

Made those last night, sitting away from the other campers. Hung them at 6 this morning then went back to sleep for a bit. My sister thanked me on Facebook.

As for the film, if you can handle the shaky camera and some inane improvised dialogue at times, then you are in for a fairly scary film that certainly subscribes to the less-is-more theory of horror. As Roger Ebert described in his original review, "The buried structure of the film... is insidious in the way it introduces information without seeming to." The film begins with the students interviewing locals in Burkittsville, MD (previously, according to the story, Blair) about the stories they've heard about the Blair Witch, stories they've heard about a man named Rustin Parr who once killed 7 children, possibly because the Blair Witch told him to. These stories are brief, simple, and they range from somewhat silly to downright terrifying if we assume them true. Keep in mind, the entire film is supposed to be true.

What we get is something like the anti-romanticization of the rural I wrote about regarding The Ring. Ebert writes, "Nature itself begins to seem oppressive and dead." Standing with my feet in the water out on the beach last night, or sitting out there earlier today, I can understand that sentiment, the idea that being out where you are surrounded more by nature than the comforts of modernity carries with it a certain... power, if not horror. Asleep in a tent, you have naught but a layer of--is it nylon?--between you and the elements, between you and the creatures of the world, you and the killers and monsters you imagine late in the night and you're susceptible to the darkest recesses of your imagination. There's no door but a zippered flap, no lock.

As Josh says to Heather,