the warm embrace of kith and kin 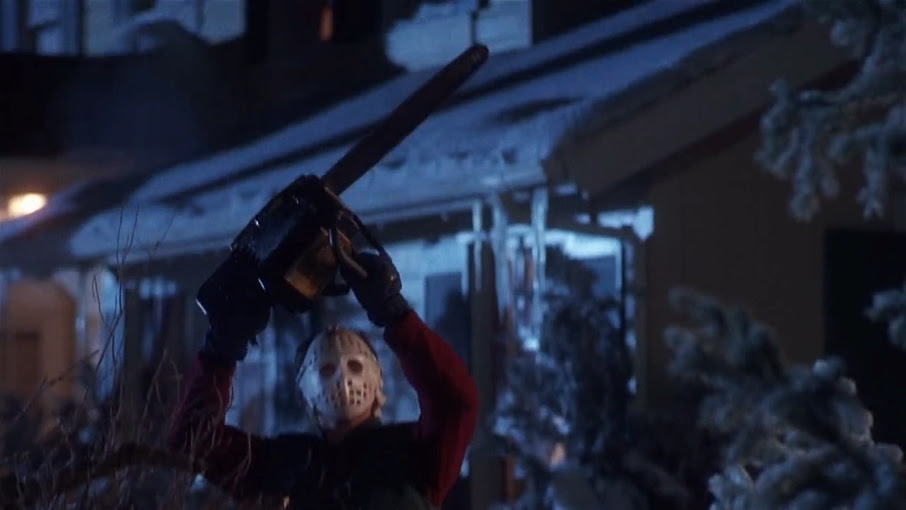 Considering Clark Griswold was supposed to be a little more forceful at Wally World and hijack the plane home in the original film (before details were changed), his aggressiveness on the road at the start of National Lampoon’s Christmas Vacation fits the character. It’s not in any way a realistic take on a human being but for Clark Griswold it makes sense. He’s more of a cartoon character.

Let us jump past the obvious Christian aspects and the obvious pagan aspects to deal with something I think is bigger: capitalism.

Well, not totally. Christmas Vacation, though, does does have a quick montage at the department store with people carrying piles of gift boxes, exchanging cash; it’s brief but it says a lot about the modern, American version of Christmas. Insert obligatory link to my Charlie Brown Christmas Tree speech text and let us move on from that aspect as well... at least until Clark’s Christmas bonus becomes central to the third act criminal activity. The bigger thing, that is above religion of whatever kind is family togetherness. The same stuff that was plugged into the end of those Thanksgiving movies I watched last month... Hell, right now on my TV Clark is watching old home movies just like Henry in Home for the Holidays. While Christmas may be about family togetherness, the Christmas movie is about nostalgia for the same, sentiment—often sappy—for something that maybe we just don’t quite have. Even when we do... We can be at a Christmas party with our family and reminisce about past parties rather than just be there in the moment. It brings me back to Groundhog Day actually.

A big part of Phil Connors’ whole time loop journey is Phil learning to get over the past and learn to live when and where he is. Like Rent‘s “No Day but Today” message without the bleakness of death hanging over everybody. Clark, here, was watching those home movies and quite clearly living in the past in that moment. He also lives in the future a little bit with his backyard pool fantasy—and I mean the fantasy of having the pool, not the fantasy with the shopgirl—but almost never in the present. It’s why he, as his wife and son both mention early in the film, sets standards for each occasion that can’t quite be met. Clark is all about the excitement of the next moment (and nostalgia for the past). He’s a cartoon character living in a real world where the stuff he does should not be anything he can actually get away with.

Actually, it’s a telling visual that Clark’s pool fantasy (having it) gets twisted up in that other pool fantasy (the shopgirl); replacing Eddie with his t-shirt tucked into his speedo with the shopgirl stripping (and, note that the rest of the family disappears once she is there) is exactly the messed up version of reality that Clark has in his head. But then that vision is interrupted by his actual reality with Ruby Sue asking about Santa Claus. And, Clark wants to prove in the next couple days (this is the night of the 21st) that Santa is real. An hour into the film, we get this secondary—but arguably more important—plotline: Clark has to get us to the meaning of Christmas just like by taking a security guard hostage in the original he got us to the meaning of family.

Me—I think I can appreciate a message about meaning from a silly comedy much more than from a drama. Sappiness and sentiment are easier to take with a laugh.