a machine that generates empathy

"So we beat on, boats against the current, borne back ceaselessly into the past."

The title for today's entry is how Roger Ebert describes film in Life Itself, the documentary about his life. (It's also the title of his memoir. The quotation that starts this entry, on the other hand, is the closing line of The Great Gatsby, a line mentioned in Life Itself.) I had considered a couple other titles for today's entry. I started my day watching People, Places, Things, a nice indie film starring Jemaine Clement that touched on some old wounds for me; it's about a couple breaking up and than having some conflicts over their kids, their lives, etc., but really it's about Jemaine Clement's character trying to get on with his life. And, the first title I wrote down today was a line of his:

Happiness is not really a sustainable condition.

Thoughts of a rant about depression--or Depression; I've made that distinction before--here in this blog. But--and not to be simplistic about it--writing that would be depressing. For me as well as anyone reading it.

(People, Places, Things was great, by the way, even if it suffered from the same problem that the main character's comic does in the film--it really doesn't have an ending. There's a hint of something possible after it ends, but it doesn't quite get us there.)

After People, Places, Things, I figured on trying to squeeze in a couple Golden Globe-nominated films... Which I think was my plan yesterday, too. After the Oscar nominations are announced this Thursday, I will have about a month and a half to play catch up on the few nominated films I haven't seen yet. Today, and yesterday I suppose, I just wasn't feeling any urgency. Hell, I was even considering throwing Synecdoche, New York into the DVD player again tonight. But, scrolling through my far-too-long Netflix queue, I settled on Life Itself. A film I should have seen when it was in theaters, and should have gotten around to watching long before now.

Long story short, I sat alone in the living room, two of the kids sleeping in, the oldest out of town from the night before, and watched a couple films that made me thoughtful. Thoughtful about life. Thoughtful about film.

No other movies today, but I did watch the Golden Globes. As usual, I was horrible at predicting the winners; I do better with the Oscars, though I often handicap myself by knowing too much about the movies. Right now, I'm trying out one of the winners from the Globes that I hadn't seen before, but TV, not film--Mozart in the Jungle. 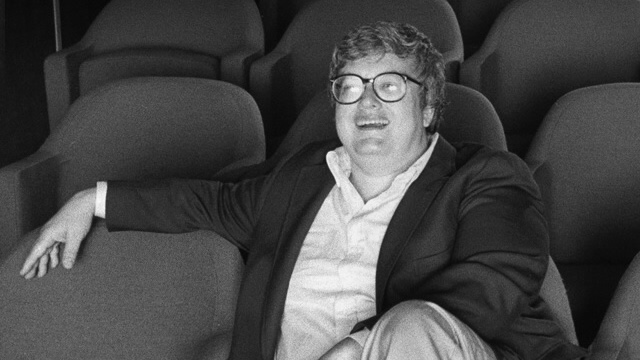 I've talked in this blog before about how I grew up without much expectation for my future, and planning ahead has always come to me only with some struggle. Lately, as grad school winds down, having taking longer than it should have, the future looms. And, I know I want to keep teaching. I know I want to keep coaching forensics. But, part of me would still like to write fiction, which I haven't even done for a while now. Old ideas rear their head, sure. And, new ideas show up sometimes. But, I haven't actually sat down to write fiction now in... almost three years. The last few things I wrote were good, better than a lot of the crap I've written over the years--for some context, I completed my first novel 20 years ago this month, I've completed--and this number took some effort just now because I had to think hard to remember them all--fourteen novels, a handful of screenplays, a few dozen short stories, numerous poems, a whole lot of academic papers--two of those being the only things I've had properly published--and 891 of these blog entries so far. Lately, as I've made painfully obvious a few times, I have been wishing for a larger audience. For this blog, or for something else if need be. YouTube is the place where things get a lot of attention of late. I would love to do something there related to film (and/or politics). But so many angles are already covered. Watching Life Itself, I imagined partnering up with someone with differing taste in film and arguing about movies, like Siskel and Ebert did for a long time. Then I figured I'd need something less contained, less finite, so that discussions could continue, like my recent Star Wars The Force Awakens stuff, which I won't link to again. But then, I wonder if I'm not better off as words in a blog than me sitting around on film for YouTube. Then, I get lost in the film and the story--even with a documentary like Life Itself and imagination goes away... and comes back... and goes away. Maybe I'm feeling my age but as the film turns directly to Roger's approaching death, I'm wondering how such a film about my life would measure me.

I watch award shows and they offer up lifetime achievement awards and whatnot, and I'm thinking not just of the lead actor who is receiving an award--Denzel Washington tonight at the Globes--but the "lesser" actors, or the workaday actors, the extras. If one measures their life by what they do, how does that measure go if what they do is objectively not as important as what others do?

The key, of course, is to measure yourself by other means... by multiple means. MY kids. My students. The things I write. That my IMDb "seen it" list keeps growing. That when I do sit down to write fiction, I know I can write something good. When I sit down to play a game, I can have a good time. When I sit down with my LEGO blocks, I can build something interesting. That I can kick some ass in a trivia contest (and have passed the Jeopardy test a few times now). That I have written and may again write something in this blog that inspires. That I care about other people and about the world. That another potential title for today's entry, a line from Roger--"What I miss, though, is the wonder"--feels wrong to me. Sure, there is some wonder to old moviehouses and the movie-going experience as something far less casual than it is often today. But, the right film, the right theater, the right moment, and there absolutely is wonder. There is transcendence.