my blog became my voice

I really wish that the opening line from Roger Ebert's memoir Life Itself were said out loud in the film Life Itself instead of just being text on the screen because I really want to use it as the title for this entry but tradition puts only lines of dialogue (or lyrics) as the title here at the Groundhog Day Project. (And, there should have probably been a comma in that sentence somewhere.)

I was born inside the movie of my life. 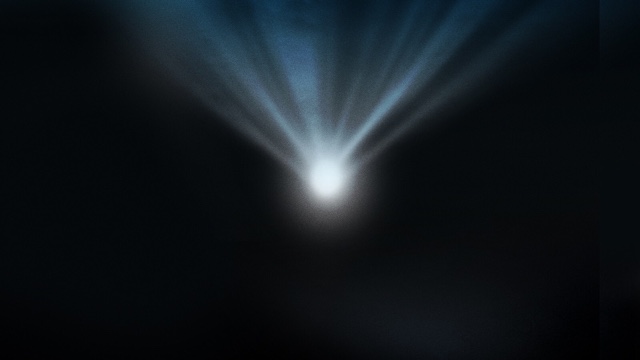 I'm trying to remember Julie & Julia. I saw the movie once when it was new, and I've read Julie's book (and a whole lot of Lawrence Dai's blog entries about the film), but I'm barely remembering how Julie's story works as a visual narrative. I remember some shots of Amy Adams failing at cooking, something with lobsters, but it's the Julia Child sequences that tell more of an actual story, if I recall rightly.

That is to say:

My life will never be a movie. If I'm lucky, someone will play me as a supporting character in a biopic about one of my kids.

I didn't take up the challenge of cooking a bunch of recipes--that's got potential visuals. I chose to watch a movie. I usually sat on the floor. Still do when I watch movies for this blog now. There's room for a fictionalized version of something in there somewhere... Depressed guy, pending divorce, alone in a small apartment and desperate for something to put order to his life.

Maybe it's more of a documentary.

Or maybe there's a story about my pilgrimage to Woodstock, Illinois (where Groundhog Day was filmed), but Hollywood needs something more... conclusive. Like maybe that woman I saw on the corner a block from the square when I was heading to the Woodstock Library was not just a temporary fantasy as my Nancy Taylor if my day in Woodstock repeated. Maybe I talked to her and found love there in Woodstock. Maybe Groundhog Day brought me a lot more than just order.

Or maybe the Woodstock story is about me and Danny Rubin, like Schulman's article but... more. This is the thing I may write about in the class I'm taking this quarter so I won't get into a lot of detail here just yet; I will post the text of the paper once I write it later. The thing--the disconnect. Something I didn't know until I read Schulman's piece a year later, a year ago almost. I was there, eager to experience Woodstock, eager to be inside the location, and eager to talk to Danny Rubin. But, he was distracted. His father was sick (and would die a few weeks later) and there was no way for me to know that. I told Schulman that Rubin was "standoffish." A year later I would feel bad for feeling... I don't know--put out, neglected. As if Danny Rubin owed me something for my half a year (at the time) of watching his movie again and again.

But, imagine the indie film. Lonely father of three makes a desperate pilgrimage to the filming location of a movie he's been watching everyday--but we just cover the blog part of it in exposition, the movie is about Woodstock, about my visit, about the paths of Danny Rubin and Robert Black crossing but not really meeting.

Or leave out the blog entirely, leave out Groundhog Day--Phil Connors forbid.

The movie of my life is about a kid who grows up in a cult--this is Hollywood, we can stretch the truth a little to get at the capital-T Truth--and he grows up imagining the world is about to end, offer up a few CGI-infused takes on the apocalypse. Give us a glimpse of Robert Black as a kid, a teen, private school, religion, not amounting to much because he doesn't have a fucking clue how he's supposed to. Show him in his twenties, and be careful screenwriter or this will get really boring. He sees a lot of movies. He spends a lot of time alone. It takes him a long time to figure out how to try to live with the future in mind. And, that thing that works for act three of the story, the point where the audience (or some guy blogging about it) is inspired is when he starts teaching, like Dangerous Minds without the gang involvement or the rap song over the opening credits.

I really don't see a rap song anywhere in the movie of my life. Probably the soundtrack would be more like the Juno soundtrack or the Rushmore soundtrack or the In Good Company soundtrack, some indie artists most people have never heard of but that hipsters (if they still exist) will claim they've liked since the band(s) put out their first EP(s).

But how does the movie of my life end?

Not something that's comforting to think about, I suppose.

Not that I don't want to think about my death. But, in filmic terms, the ending is far more... vital than the mere concept of death, of mortality. He dies in the end. No shit. What is the cinematic point? What is the martini? What is the hangover?

(It has been discussed on Facebook before, but I'm officially coining it now. That text bit in a biopic, or true story or documentary, that tells what comes next--it is now called the hangover.)

Robert was buried in the woods because modern "memorial parks" are silly.

His three decades worth of blogs have redefined the way we look at movies.

Variety credited his death as the most important to happen to the cinema since the Lumiere brothers filmed Arrival of a Train at the Station.

And a second screen:

When he died, he held the Guinness record for having the most followers on Twitter and Instagram.

They still retweet his old blog posts more than 1 million times a day.

And the credits roll.