what makes you think coloured people need your help?

The Help is the kind of movie about black folks that we--white folks, that is--like. We like 'em as slaves or ex-slaves, as servants or in some way magical. And, in recent years, we occasionally like them as cops or, well, God. Or funny. A few black actors have made the grade for big box office--Denzel Washington, Morgan Freeman, Chris Tucker I suppose. But, mostly, if they aren't in a film that's really about white people--like The Help is about Skeeter (Emma Stone) playing the saviour and collecting the stories of the poor black women--we mostly just don't care.

Straight Outta Compton, Creed, Tangerine, Chi-Raq--these are a little too black for us. Creed passable because it's attached to a beloved series about a white guy. And, of course, we nominate that white guy at the Oscars. 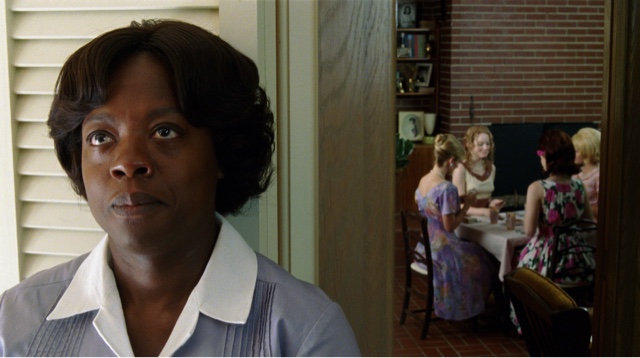 For The Help, we nominated two black women--Viola Davis and Octavia Spencer--but balanced that out with one of the white women--Jessica Chastain. Spencer won. The film was also nominated for Best Picture and lost to The Artist. I'm not sure there's anything but white people in that movie. <,p>

The thing is, there are plenty of good performances here, Spencer, Davis, Chastain, Stone, Bryce Dallas Howard, Allison Janney... Emma Stone's Skeeter seems genuinely interested in the stories from the Help, and I think that author Kathryn Stockett genuinely set out to do something good with her book (it's easier to justify Skeeter's book within the story than it is to justify Stockett's) and the filmmakers the same with their adaptation. But, like The Blind Side, like The Soloist, there's a slippery slope between wanting to help and implying that white folk helping is the only way out.

It's a problem, for example, that structurally, Yula Mae (Aunjunue Ellis) being arrested matches up to Celia (Chastain) being rejected by the proper southern ladies.White privilege and whatnot. A little social rejection equal to going to jail.