you want to understand me, watch my movies

The opening of Chaplin is a perfect opening. It almost feels cliched, but it's honest enough that it manages. We begin with Chaplin (Robert Downey, Jr.) as the Tramp, coming into his dressing room and taking off his costume, taking off his makeup. This is director Attenborough letting us know where we're going--into the life of one of the most famous men, behind-the-scenes. 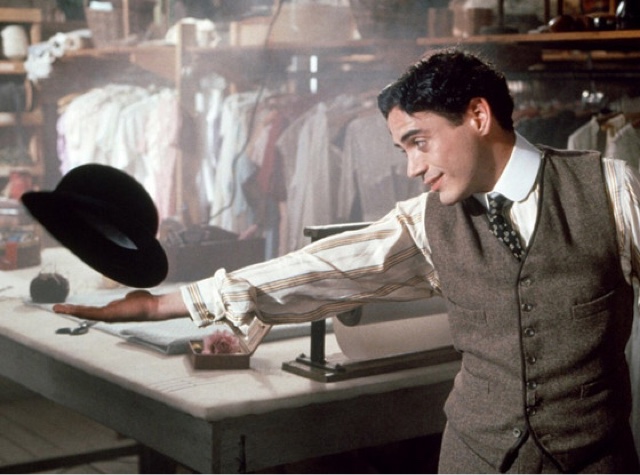 Because 1) I am still quite sick, spent most of the day in bed and 2) it has been a while since I've watched this film, I may say very little here.

I love this movie. That bullshit magic bit and the boring scene that follows when he creates the tramp character is brilliant.

Downey, Jr. Was nominated for a Golden Globe and an Oscar for his role here and he won the BAFTA.