what do you want me to do?

I'm watching Groundhog Day again, as it the tradition. Watched it every day for a year and now I go right back to it every "month."

(I put month in quotation marks because, as anyone keeping up with this blog would know, not every month is equal. Most months so far have been 28 days of other movies, 4 movies for 7 days each. But, last October went a little long, and a little differently. So did January, and so did April. Each for slightly different reasons. June is probably going to be a little long as well (for a reason similar to last October). Anyway, this coming month will be 4 movies, 7 days each. Then, Groundhog Day again.)

I still know all the lines, but I think my timing on some of them is starting to get a little off. It's the tragedy of being away from something for too long. Familiarity is diminished. Don't get me wrong. I still know more about this movie than pretty much everybody else. But, the feeling is changing. It's comfort food when some days a year ago it was more like a chore.

To mix metaphors a bit.

Anyway, the last recap was Day 608 - teens tonight. After that, I embarked on a new adventure; I watched ten movies recommended to me by other people. A few of the films I had never seen before, so that was interesting. And, I watched each one for only 3 days instead of the now usual 7.

I began the month with The Room, recommended to me by my son Kieran. I had seen it before and knew just how awful it was going to be. And, it was amazing. I explored this horrible, and horrible entertaining film with three entries:

Then came Flash Gordon, recommended to me by my youngest sister Brooke. I had seen it many, many times; our family had it on video and this movie, while kinda dumb, is oh so fun. With a little racism and sexism, I explored this one with these three entires:

The third film of the ten was Westworld, which I realize today Groundhog Day plays a little bit like, if, you know, Phil didn't know he was actually headed to Smalltownworld and nobody told him about it. The day isn't repeating; the robots just have some very simplistic programming. This even explains Phil's costume when he goes out with Laraine. 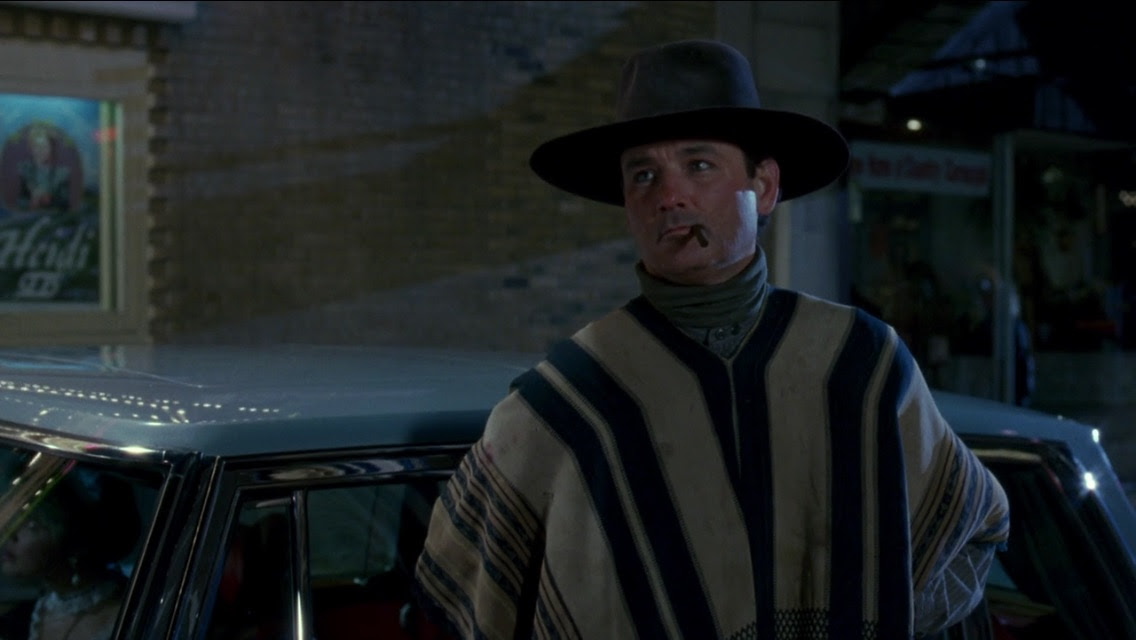 He's just back from a subvacation at Westworld and she's back from subvacation at Frenchworld. Which, he probably spent some time at, as well, and that's where he learned French. Oh, as for Westworld's entries:


Oh, and that one was recommended by my oldest sister, Kathleen.

The Wicker Man came next, recommended by regular reader and commentator Maolsheachlann. Summerisle--another strange locale, like Westworld or Punxsutawney. And, another three entries:

Back to musicals, with a recommendation for Rent from my daughter Saer. To be fair, she wanted me to watch Rent: Filmed Live on Broadway but I have had an unspoken rule that I only watch movies that were released theatrically for this blog. Because I'm a fan of the stage version, mostly I complained about the movie in these three entries:

The next movie--After the Dark, recommended by the secretary of our speech team at CSULA, Pablo--kept getting interrupted by a national tournament and traveling, but I managed... though, the first two days were in pieces and only the third viewing did I get to watch it all in one sitting. I got to talk about philosophy without making up excuses in the following three entries:

Tickle Head, another small town, not as strange as Summerisle and not as exciting as Punxsutawney showed up in my next movie--The Grand Seduction, recommended by another one of my sisters, Bobbie. It's a romance but not a normal romance, and I had some trouble watching it, I think I liked it.

Yet another movie I'd never seen was The Notebook, recommended by my ex, though really Saer got her to recommend it so she could get two recommendations in, the cheater. Structurally, it was more of a love story than the last of my ten recommended films, but it was hard to buy into the romance automatically. Anyway...

Finally, the recommendations ended with (500) Days of Summer, recommended by the president of our speech team, Bryan. Structurally (see the first title below), this is not a love story, but it's so much easier, at least for me, to buy into these people really having feelings for one another. The last three entries for the month were:

And then, there was today--Day 639 - what do you want me to do? Tomorrow back to normal.