in the beginning, the end

(Watcing the documentary several days in a row, the differences between the two Dianes (especially in their chins) become more obvious, and the past Harry comes across a little fake in appearance (though, to be fair, the present Harry seems a little fake... does he really think that look works?), but despite Polley's insistence to Charlie Shmidlin at The Playlist, that, "It really wasn't the intention to trick anybody," I think it has to be the point to hide the reenactments among the genuine footage so that they both seem "real." Now, I'm not saying she's lying. I don't think this is a "trick." I think it is part and parcel of the structure of this documentary, blurring the lines between versions of stories, memories of events, and reality and representations thereof. Polley specifies,

We worked our asses off to match our recreations as closely as we could to archival footage, and we hoped that every now and then people would have a question about whether it was archival or recreation. But I never thought that it would actually fool anybody for very long.

It's not a trick, but it is a ruse of a sort, the costuming of the artificial to resemble the real so as to be, at least "every now and then" indistinguishable from one another. I'm reminded of an oft repeated line from folklorist Jan Harold Brunvand: "The truth never gets in the way of a good story.")

--the voiceover mentions how fictions get into our true stories. That timing is too perfect to not be deliberate. And, this film has several juxtapositions that draw attention to not the unreality but the structured reality of the documentary approach to the story.

(Before I get to the examples here, I want to mention a juxtaposition that happens in the reality of the Polley's lives--not Diane's affair, but the reason Diane got together with Michael in the first place, at least how he remembers it. He recounts:

I think Diane fell in love not with me, but with the character I was playing on stage. The character is something that is so different from me. It's such an exciting and dominating character. You can't take your eyes off that character. That's absolutely nothing like me at all, but you can see why I would want to play it.

He even describes the first time they have sex as if he wasn't even there. "And then they made love," he says, "Mick and Diane." Mick was his character in the play he was in when he met Diane.)

Two clear examples come to mind. The first occurs when Sarah is in the cafe with Harry, in what is clearly a reenactment of her learning that he is her father. The revelation, in the film, comes from her siblings' interviews in cutaways before it happens in the scene--and we never hear the dialogue in that scene. We only hear the voiceovers of the storytellers, including Harry. The juxtaposition of the visuals and the voiceover is the obvious one (not the one I'm getting to), as if the visual is the story these storytellers are constructing as their voices mix.

The juxtaposition comes when Michael, in his voiceover, tells us that Sarah was speechless. The visual contradicts this. She is actually quite talkative in that moment. 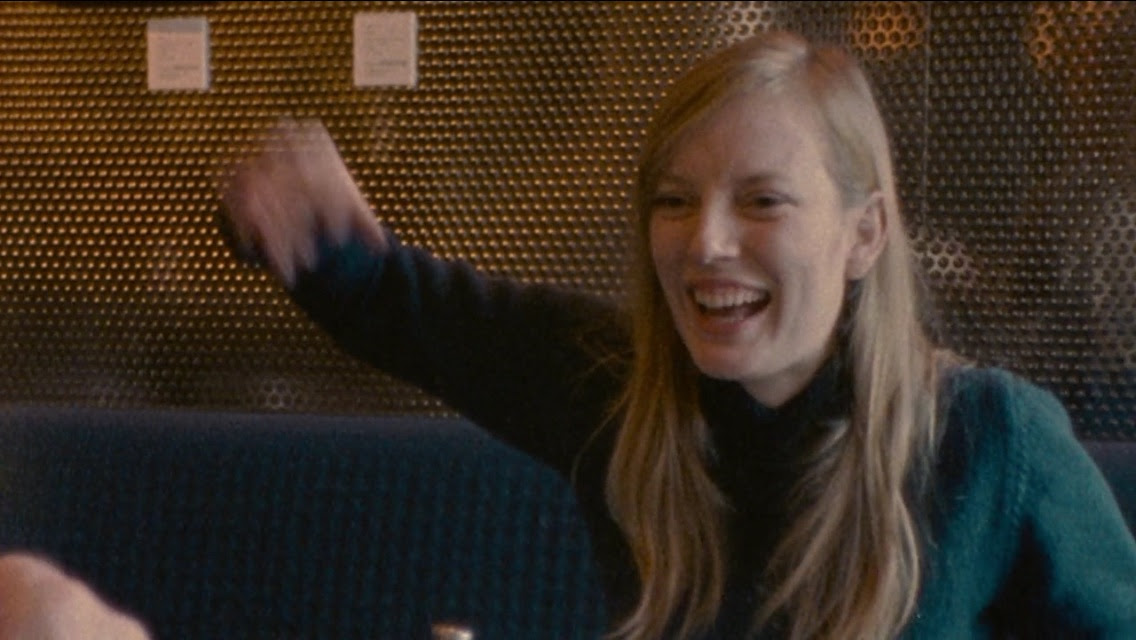 Later, something like the opposite happens. Sarah meets her half sister Cathy Gulkin and they get along like gangbusters, and Cathy, in voiceover--again, we don't hear the dialogue in the scene we're seeing--says, "...and then we realized that we could talk our heads off for hours and hours and hours and hours and never run out of things to say." In this moment, in the visuals, Sarah and Cathy sit in silence.

The movie also relies on a real-life juxtaposition of Montreal and Toronto. According to Sarah's brother John, Toronto was more "live to work" and Montreal was more "work to live." Diane, as the story goes, wanted out of Toronto, and gets her first chance to do so by playing, oddly enough, in the play, "Oh, Toronto."

Speaking of John Buchan, Sarah's half brother from her mother's first marriage, he is a casting director, and he cast the actors for the reenactments. Of his mother's portrayer, he tells Nicole Sperling at The Los Angeles Times, he was ready to cast his mother "since he met actress Rebecca Jenkins 25 years ago. 'I'd always remarked on how she closely resembled Mum and I always thought, "If ever anyone wanted to make the Diane Polley story, there she is,"' said Buchan." On casting himself, he offers:

It was surreal having to audition myself at age 18. I've been casting for about 25 years and never have I had to release a breakdown describing what I was like as a teenager... I made sure I got someone who was way better-looking than me too, because I like the idea of rewriting history.

I know what I need to write about tomorrow, Day 7 with Stories We Tell.