happy to be in america

Watching Midnight Special in the theater today, yesterday's theme came back to me. First of all, great movie, takes a potentially huge narrative and squeezes it into a very small scale; writer/director Jeff Nichols set out specifically to explore the strength of a father/son relationship, what it means to be a parent. And, I'm watching this movie and thinking, there it is again; we're embedded with Roy (Michael Shannon) so we understand that he loves his son (Jaeden Lieberher), so when he pulls a gun on a cop, or his friend Lucas (Joel Edgerton) shoots that cop, we are sympathizing already even before we understand what's going on with the boy, and where this story is going. 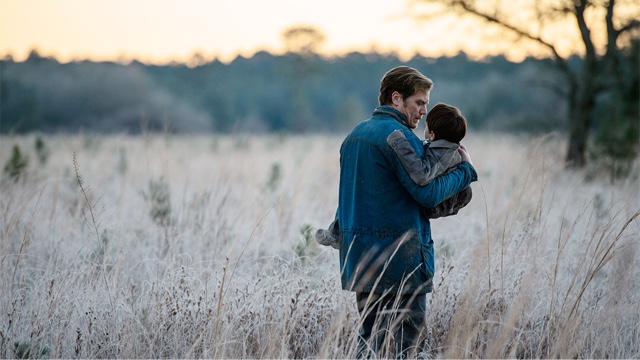 Watching Mrs. Doubtfire one more time, I gotta reiterate, the whole birthday party scenario plays the way it does so we sympathize with Daniel (Robin Williams). Miranda (Sally Field) tells him, "Don't make me out to be the monster, here," but the movie has already done that. In movies, if not in reality, anyone who shows up at a party and turns the music off abruptly is a de facto nuisance, especially if that character is a parent (or spouse) of our protagonist. Miranda is coded as the bad guy. Then, through the movie, as we get to know her a little better through her interactions with Mrs. Doubtfire, the film adds Stu (Pierce Brosnan). Stu isn't all that bad a guy, but the film frames him like the douche invader Daniel believes him to be. The film doesn't let us be objective.

And, that's how movies work. We're with the protagonist so we need to sympathize/empathize with that character. When he does his worst--smashing through a police barricade or dressing up as an old British woman to violate a court order--we're there.

(I imagine a more recent version of Mrs. Doubtfire in which Daniel figures out that he was a woman all along, something like Transparent but with younger children.)

But, as I said yesterday, that's got potential to be a very dangerous perspective.

(In Arizona, yesterday, protesters blocked a highway to keep people away from a Donald Trump rally. You know, standing there, protesting a man and a message they believe is dangerous. They're there because they know Trump needs to be stopped and they have to do something. But, on the other hand, some conservative folks online (not even all Trump supporters, mind you) were calling for the protesters arrest, because the audience has a right to hear Trump speak and protesters should not block traffic. Because, see, the other side knows they're right, too. (Some even called (only somewhat indirectly) for their deaths, but fortunately, those posts were few and far between.) When a truck drove (slowly) through the crowd, people on one side were cheering on the driver because the crowd shouldn't be there, the other side was angry at the driver for (barely) endangering the protesters. And it is difficult to imagine any headway between the two sides. Growing up on American movies, Western myths, it's all put a bit of effort in and you will get what you want, and you are the good guy and you will beat the bad guy and all that black and white bullshit. I mean, I look at so many politicians, old white men, and imagine they all grew up watching Westerns. Guns solve everyone's problems. Bad guy loses. Good guy wins. (Nevermind the deconstructionist Westerns--and if you want more on Westerns and you're new to this blog, find any entry from last June.))

The resolution of Midnight Special--SPOILERS--demonstrates how right Roy was to steal his son from the cult who had been raising him for the past two years. Aside from a few injuries (and, presumably, a couple representatives of the cult killed along the way), everything works out for the best. So, nevermind the law, Roy helped his son get to a better place.

Meanwhile, the resolution of Mrs. Doubtfire brings Miranda over to the side of accepting Daniel even though he hasn't really earned it. As Roger Ebert puts it in his review, "Mrs. Doubtfire turns out to be the nanny from heaven, so firm, so helpful, so reassuring, that if Daniel had been at all like this, he'd still be married." (Like, he could have appreciated Miranda's organization in the kitchen cabinets before he put on a dress.) But, would a movie about a father figuring out how to be a better... Hm, this is interesting. I was going to ask if a movie about a father learning to be a better parent (absent the ruse of Mrs. Doubtfire) be as entertaining? Then, immediately a) I thought of Mr. Mom and 2) rejected that example outright because Jack Butler (Michael Keaton) is not offered up as a bad parent in the first place. He loses his job, his wife gets one, and roles reversed, hilarity ensues because no way can a man handle a vacuum cleaner or an iron or a meal. Of course, that's got John Hughes behind the scenes, so that helps. But, again, Jack Butler is not a bad parent becoming a better one. He's a never-had-to-be-a-parent learning how to be a parent at all. Daniel Hillard, on the other hand, is a bad parent... pretending to be a good one. Now, pretense can easily become reality if one holds to it, but the problem (or, another problem, I guess) here is I'm not sure the movie ever really shows Daniel changing into a better father. His transformation into Mrs. Doubtfire is immediate and then he's just playing the role until... he isn't.

But, (presumably) loving father gets to spend time with his kids; isn't that a wonderful ending? I mean, it could only be more Hollywood if he and Miranda got back together. (Or Danielle and Miranda got together to really embrace the San Francisco stereotypes.) I find it fascinating that I trust Roy holding a shotgun as a clearer example of a loving father than Daniel rushing to change his costume in a bathroom stall. Of course, I grew up on American films, so yeah, guns demonstrate that you mean business. Crossdressing--not so much. That's the Hollywood impulse. The former means we cheer and applaud when the bad guy is beaten. The latter means we laugh.

It's refreshing, actually, that a good guy with a gun is very much not a fair way to characterize Midnight Special. As filmmaker Jeff Nichols tells The Verge, "I don't really care about plot very much. I think plot is very overrated. Plot is obviously necessary, but what I really care about is emotionally affecting the audience."

One thing Midnight Special and Mrs. Doubtfire have in common, actually--plot is secondary to feeling. Of course, the feelings are very different.